Oil prices rose this week, pushed higher by geopolitical tension and the tropical storm in the Gulf Coast. 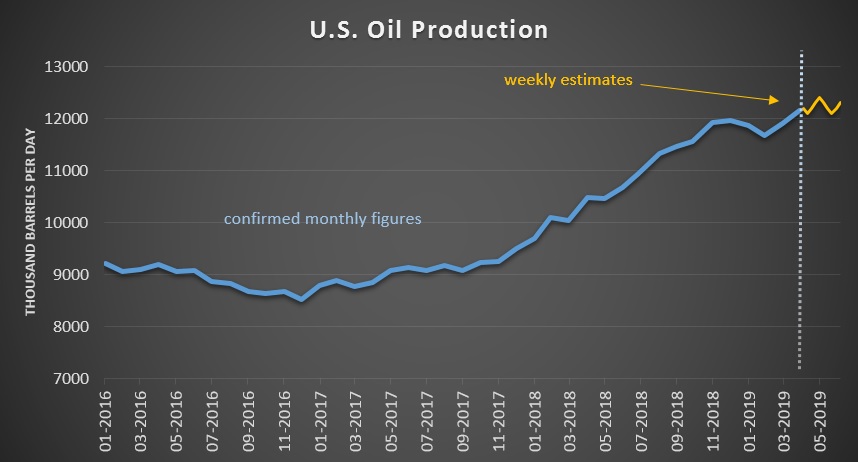 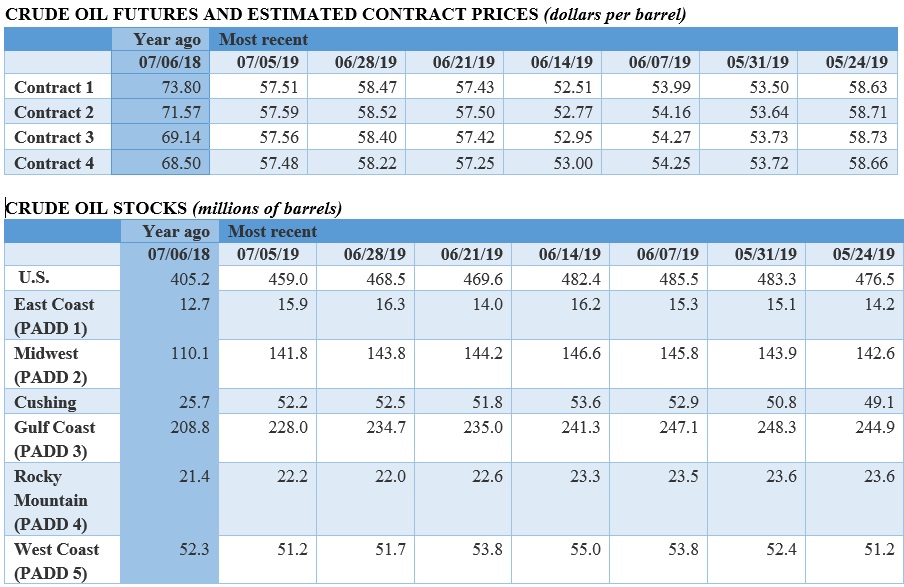 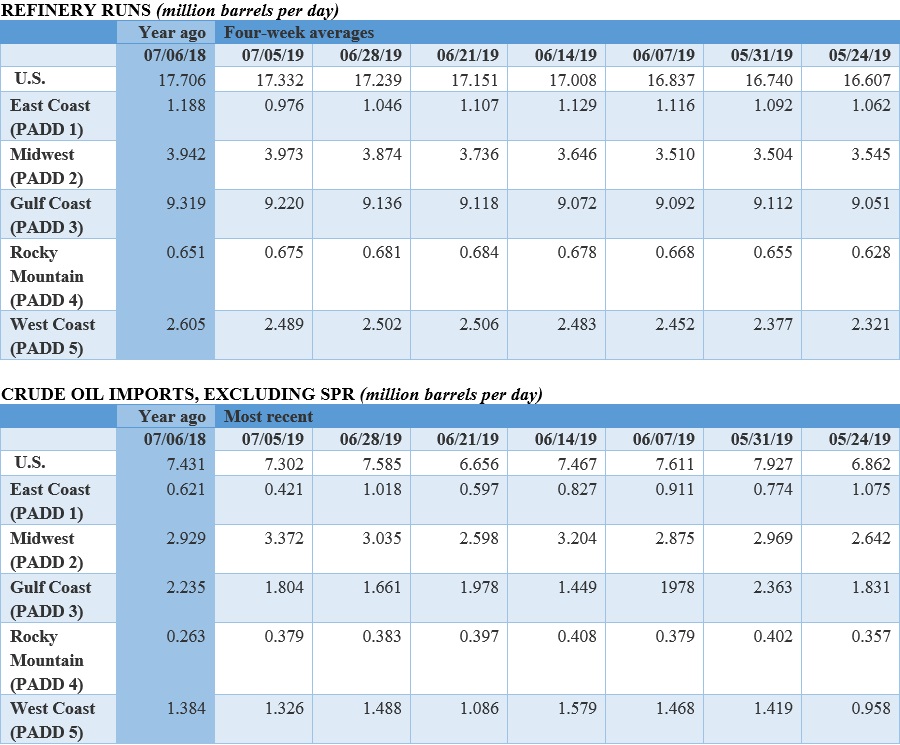 Roughly 30% of Gulf of Mexico production shut in. Tropical Storm Barry, which could yet turn into a hurricane, forced the shuttering of about 30 percent of the oil production in the Gulf of Mexico. About 44 percent of natural gas output was also closed down.
IEA and OPEC see surplus next year. The IEA and OPEC issued dueling Oil Market Reports this week, both forecasting a renewed supply surplus in 2020. While the figures vary just a bit, both see non-OPEC supply (mostly U.S. shale) continuing to grow at a torrid pace, outstripping demand growth. As a result, the “call on OPEC” falls next year, which raises the question about whether or not OPEC+ will need to cut output by even more than currently.
Shale industry slowing down. Top shale drillers are dialing back their growth plans in the face of production problems, financial stress and investor scrutiny. Bloomberg details a few of the production downgrades. For instance, EOG Resources (NYSE: EOG) cut its 2019 growth plans by 3 percent. “You’re having to spend more and more every year to grow at a faster rate,” Noah Barrett, an energy analyst at Janus Henderson, told Bloomberg. “Companies routinely spent 120 to 130% of their cash flow never generating positive cash flow or earnings.” The North American oil industry has burned through $187 billion in cash since 2012, according to Bloomberg.
Chevron and Qatar to build $8 billion plastics plant. Chevron (NYSE: CVX) and Qatar Petroleum said that they would build an $8 billion petrochemical facility on the Gulf Coast that would turn oil and gas from the Permian into the building blocks of plastic. The US Gulf Coast II Petrochemical Project, as it is called, is only the latest in a wave of billion-dollar petrochemical projects on the Gulf Coast. In fact, as Bloomberg notes, around seven major projects are scheduled to come online by the mid-2020s, totaling $40 billion in investment.
U.S. considers letting Chevron-Venezuela waiver expire. Chevron (NYSE: CVX) received a waiver earlier this year that allowed it to continue to operate in Venezuela despite U.S. sanctions, but the Trump administration is considering allowing it to expire at the end of the month, which would force the company to exit the country. Chevron plays a crucial role in four projects that total more than 200,000 bpd of production capacity in the country.
Proxy war at EQT. Shale gas giant EQT (NYSE: EQT) saw a change of the board of directors due to a proxy fight with the Rice brothers, who previously sold Rice Energy to EQT and own three percent of the company. One of the brothers became CEO of EQT after prevailing over the company’s management. The dispute had its origins in EQT’s poor financial performance over the past two years. The Rice brothers criticized the company’s management, and said they could wring more profits out of the company’s shale operations.
Iran attempted to block British tanker. Three Iranian boats tried to block the path of a British tanker in the Strait of Hormuz on Thursday, according to the UK Defense Ministry. However, the tanker was accompanied by a British warship, and the Iranian ships retreated.
U.S. energy storage to surge. Utility-scale battery storage rose four-fold between 2014 and March 2019 to 899 megawatts, but capacity could triple from there through 2023 to 2.5 GW, according to the EIA.
California Governor fires oil regulator after surge in fracking permits. California Governor Gavin Newsom fired the state’s top oil regulator after news reports surfaced that fracking permits in the state doubled in the first six months of this year and that regulators held stocks in companies awarded permits, an apparent conflict of interest. “Almost half of the 2,300 well permits issued in 2019 have benefited oil companies invested in by agency officials,” the Desert Sun reported.
EIA lowers demand forecast. The EIA lowered its demand forecast for the sixth consecutive month, forecasting demand to grow by 1.1 mb/d in 2019, down from 1.2 mb/d in June and from 1.4 mb/d in May. The EIA cited slowing economic growth.
BHP moving forward with coal exit. BHP (LON: BHP) is moving forward with plans to divest itself of its coal assets, according to Bloomberg. The fact that one of the largest coal miners in the world no longer wants to be in the business of producing coal demonstrates the death spiral the industry faces.
Sen. Warren proposes SEC crackdown. Top presidential contender Senator Elizabeth Warren (D-MA) proposed stricter reporting requirements by oil and gas companies as it relates to their climate risk. Sen. Warren wants the SEC – through legislation or executive action as president – to require oil, gas and coal companies to disclose their risks to climate change and to climate policy, arguing that because some of their assets must be left in the ground, their valuations are suspect.
Freight volumes shrink on slowing economy. Global trade activity is slowing down, a warning sign for the health of the global economy. As Reuters notes, freight shipping volumes are contracting at major hubs around the world, “signalling tougher times for manufacturers amid escalating trade tensions and heightened uncertainty.”