Oil prices retreated on Friday morning as it became clear that the damage caused by hurricane Laura was not as bad as markets had expected. 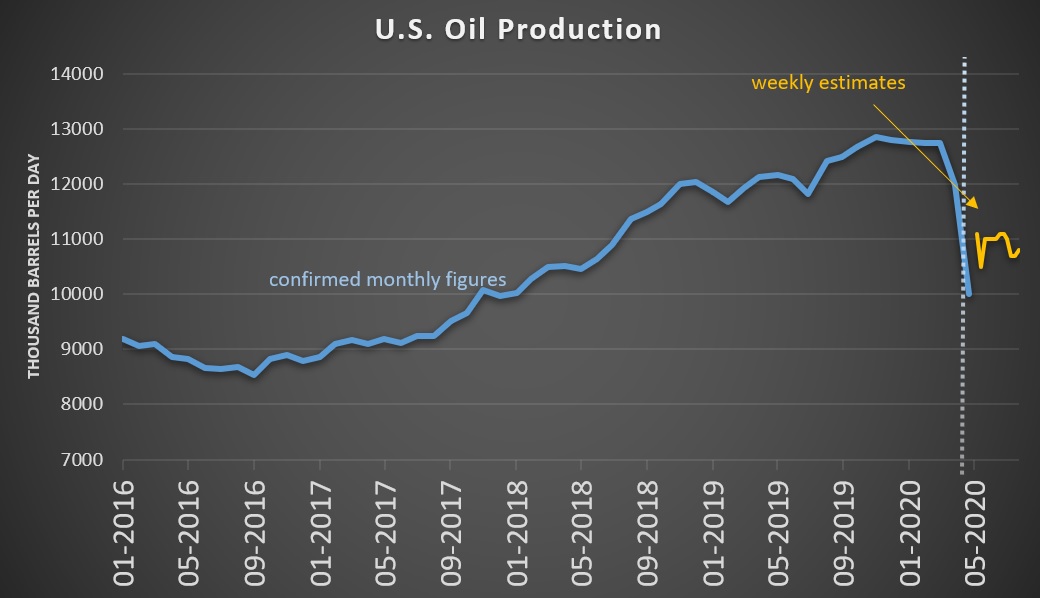 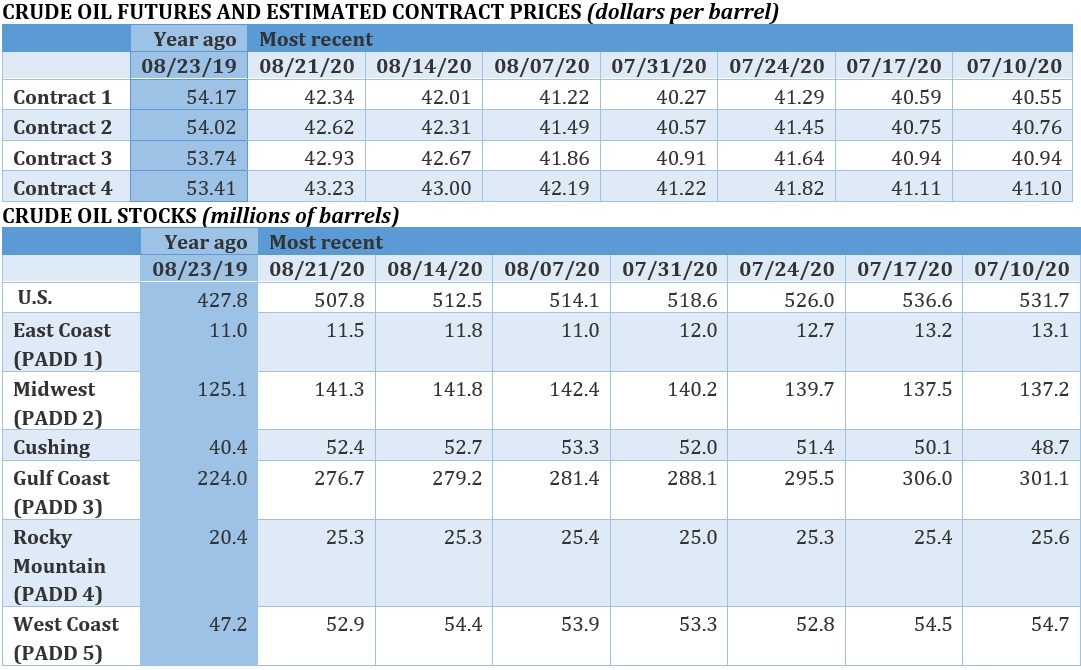 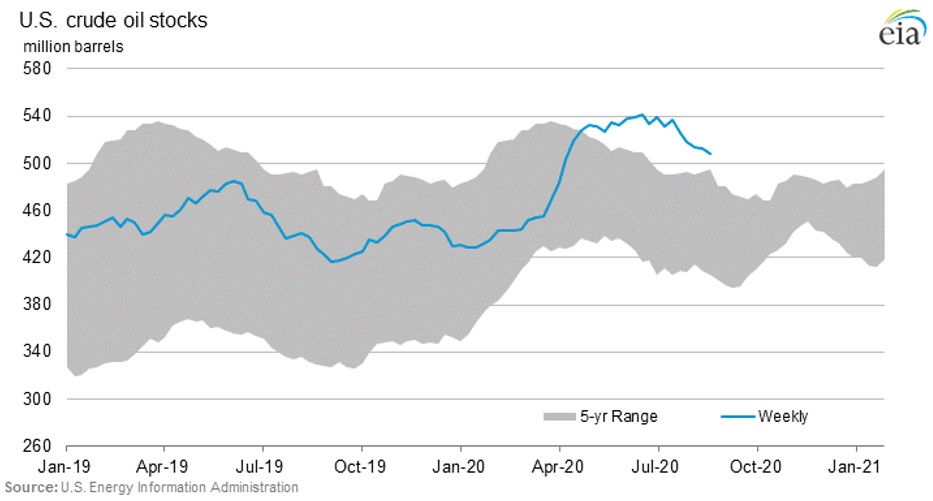 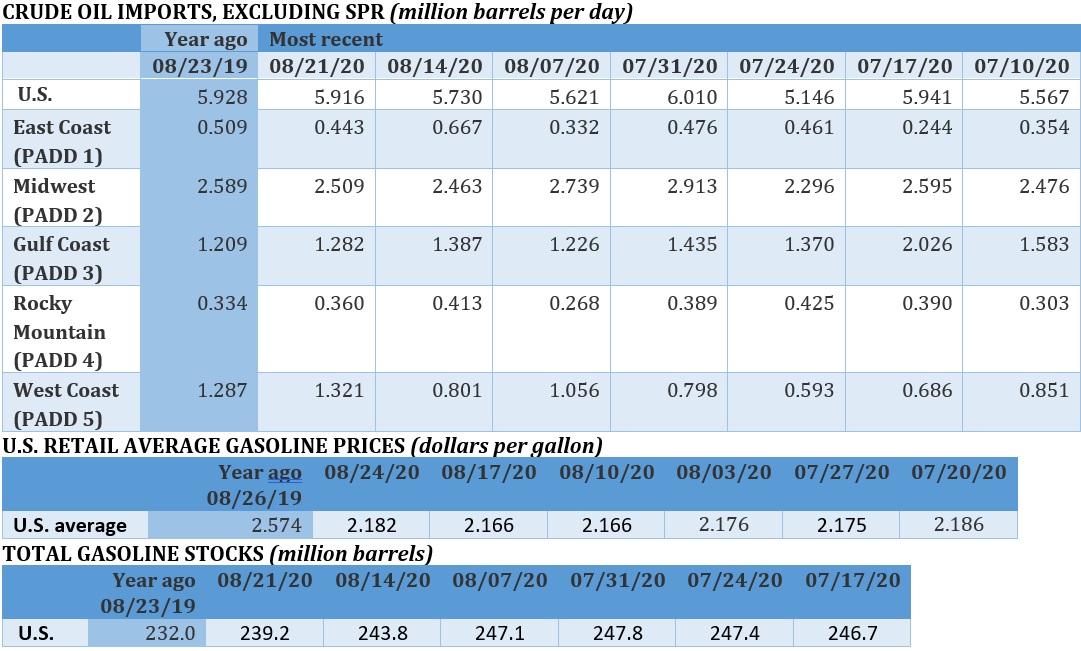 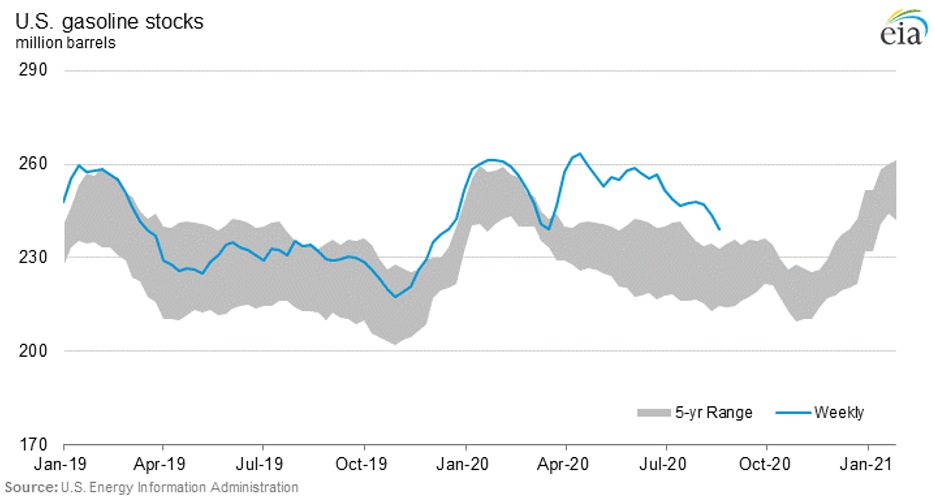 Oil prices retreated in the wake of Hurricane Laura, which led to much less destruction than the market had anticipated. That leaves the oil price dynamic little changed from the past two months - WTI and Brent are stuck in familiar territory between $42 and $45.
Gulf of Mexico energy industry largely dodges Hurricane Laura. The concentration of energy assets along the Texas and Louisiana coast more or less avoided the worst-case scenario from Hurricane Laura. "The damage is not as bad as anticipated, which is creating more sell pressure along the energy complex," said Phil Flynn, senior market analyst at Price Futures Group. More than 80 percent of oil output in the Gulf of Mexico and almost 3 million barrels a day of refining capacity had been shut ahead of the storm, most of which should come back online fairly quickly.
Oil and gas exports impacted. Laura shut-in some LNG operations, and gas exports are set to fall to about 2.1 bcf on Thursday, the lowest level since February 2019. Oil exports are expected to drop by nearly 1 mb/d this week.
New Mexico oil auction is a dud. The Bureau of Land Management sold 93 land parcels covering more than 45,000 acres in New Mexico on Thursday, and the two-day auction posted an average bid per acre of $169, down from $1,386 per acre in February. The average during the Trump era in New Mexico has been $5,500 per acre.
Kinder Morgan brings Elba LNG unit online. Kinder Morgan (NYSE: KMI) brought the last of its 10 LNG units into service on Thursday, bringing capacity up to 2.5 mtpa.
Equinor drops South Africa exploration. Equinor (NYSE: EQNR) decided to give up its leases in offshore South Africa after a disappointing seismic campaign, according to S&P Global Platts. ExxonMobil (NYSE: XOM), which Equinor partnered with, may also abandon the effort, according to Platts, although the company has not commented. Meanwhile, Equinor also said it would suspend drilling in U.S. shale for the rest of the year.
Report: Oil majors can't afford dividends. The five supermajors - ExxonMobil (NYSE: XOM), Royal Dutch Shell (NYSE: RDS.A), BP (NYSE: BP), Chevron (NYSE: CVX), and Total (NYSE: TOT) - collectively paid $16.9 billion more to shareholders than they generated from their core business operations, according to an IEEFA report. They plugged the gap through asset sales and debt. ExxonMobil, which is being removed from the Dow Jones Industrial Average, posted a negative free cash flow of $4.4 billion and paid out $8.1 billion to shareholders. Collectively, the majors added $50 billion in debt in the second quarter.
Barclays downgrades Shell. Barclays cut Royal Dutch Shell (NYSE: RDS.A) to Underweight from Equal, citing expensive shares.
Mountain Valley Pipeline asks FERC for an extension. Developers for the Mountain Valley Pipeline asked FERC for an additional two years to complete construction, citing litigation and permitting risks.
ConEd: No more gas pipelines. Consolidated Edison (NYSE: ED) said it would no longer invest in long-distance gas pipelines. The comments came in the context of the company's investment in the Mountain Valley Pipeline. "We made those investments five to seven years ago, and at that time we - and frankly many others - viewed natural gas as having a fairly large role in the transition to the clean energy economy," CEO John McAvoy said during an Aug. 26 investor presentation. "That view has largely changed, and natural gas, while it can provide emissions reductions, is no longer... part of the longer-term view."
Vaca Muerta sees slow recovery. Argentina's Vaca Muerta shale patch will take 12-18 months to resume pre-COVID-19 activity because of lagging demand, according to Argus.
Elon Musk has a nickel problem. Large spills of toxic waste from nickel projects demonstrate the challenge that Tesla (NASDAQ: TSLA) will have in sourcing clean nickel supplies, Bloomberg Green reports. Nickel projects planned for Indonesia will dispose of toxic tailings at sea.
Shale should get on board with ESG. Investors are increasingly favoring environmental, social, and governance issues, and poor financial performances and bad environmental externalities from shale drillers stand out as a major liability.
California approves energy storage system. In an effort to bolster electric grid capacity, California approved on the largest energy storage systems in the country, approving contracts on 1.2 GW of storage, expected to come online in August 2021.
PetroChina reports $4.4 billion loss and pledges near-zero-emissions. PetroChina reported a $4.4 billion loss for the first half of the year. The company announced that it would move towards near-zero emissions by 2050, including ramping up clean energy investments over the next five years.
Exxon presses Guyana for approval. ExxonMobil (NYSE: XOM) is pressing the Guyanese government for approval of its third offshore oil project in the country. The project came under scrutiny during the presidential election and political turmoil, and the new government has advocated for more favorable terms.
Morgan Stanley: Climate a key topic for oil executives. "Despite a historically weak quarter, climate change and oil companies' energy transition strategies remained a key topic in the 2Q20 conference calls," Morgan Stanley wrote in a report.
Dakota Access' fate is up to the election. The U.S. Army Corps of Engineers has asked an appeals court to reverse a lower court's ruling vacating the permit of the Dakota Access oil pipeline to operate, arguing that such ruling creates "impossible" standards that could scupper future major infrastructure projects. The pipeline's fate largely depends on the outcome of the presidential election.

Nigeria Prepares for an Extended Period of Low Oil Prices