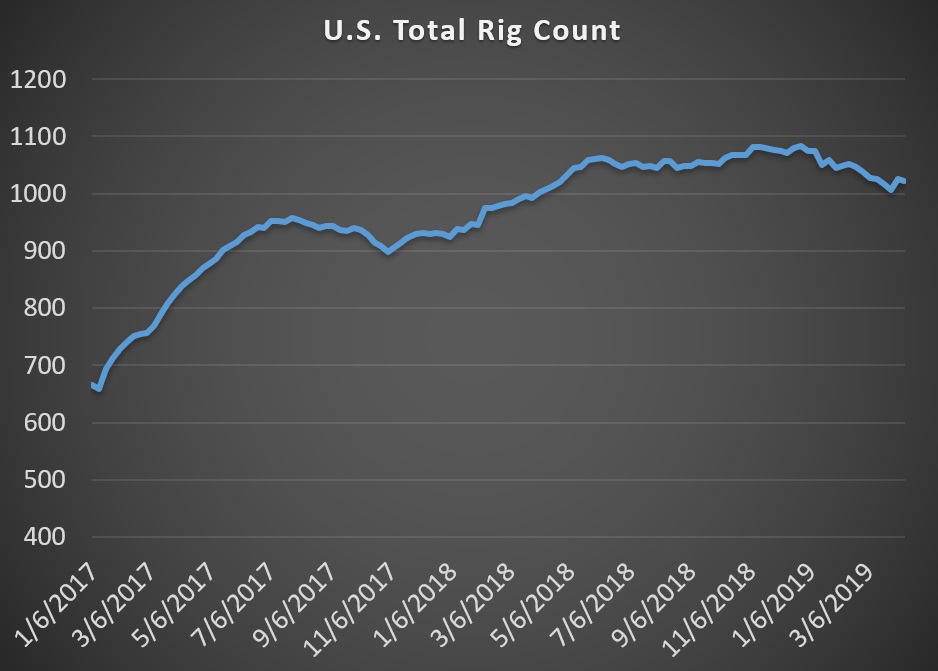 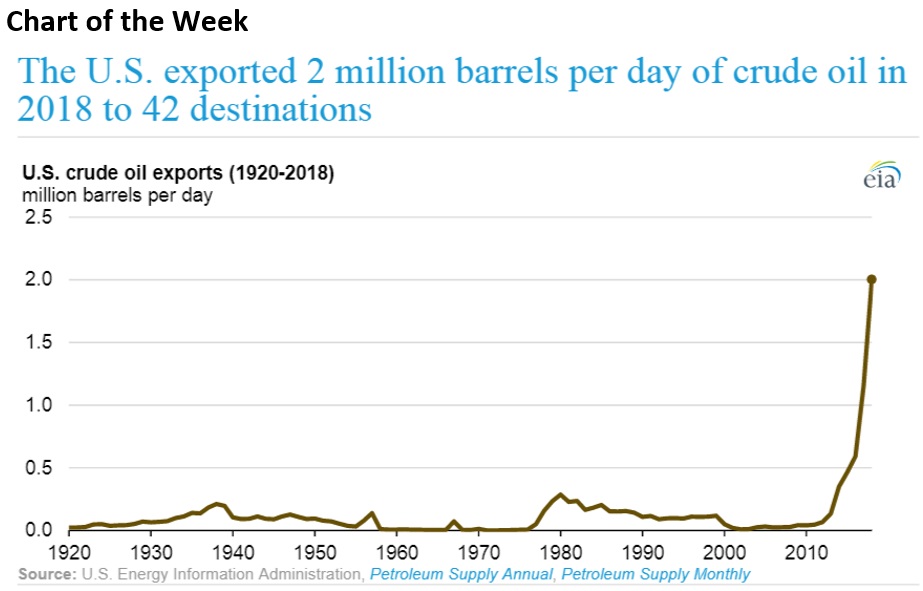 Oil prices dipped on Monday on renewed fears that OPEC+ might abandon production cuts, but prices firmed up in early trading on Tuesday.
Oil bullishness at a 2019 high. Hedge funds and other money managers are at their most bullish so far this year, posting a fifth consecutive week of rising bullish bets on Brent crude. Short positions fell by 18 percent last week, according to Bloomberg. “There’s not many people who are willing to short this market,” Tyler Richey, co-editor at Sevens Report in Palm Beach Gardens, Florida, told Bloomberg. “We could be near a market top, but it’s just too early to tell. Right now, the path of least resistance is higher for oil.”
Chevron buys Anadarko for $33 billion, signaling shale consolidation. Chevron (NYSE: CVX) announced a decision to buy Anadarko Petroleum (NYSE: APC) for $33 billion, a move that could spark a wave of consolidation in the shale industry. Occidental Petroleum (NYSE: OXY) reportedly was scrambling to propose a merger with Anadarko before Chevron won out. The acquisition could set off a round of M&A activity as bigger oil companies swallow up smaller ones, and the industry as a whole shifts towards large-scale development. Other E&Ps saw their share prices soar on the news on expectations that they will be bought out by larger rivals.
Delek and Ineos looking at Chevron’s North Sea assets. Chevron is looking to dispose of non-core assets, particularly after its purchase of Anadarko, and that includes some projects in the North Sea. Delek Group (TLV: DLEKG) and Ineos are reportedly the “front-runners” to scoop up Chevron’s North Sea holdings.
U.S. shale production to rise by 80,000 bpd in May. According to the EIA’s latest Drilling Productivity Report, U.S. shale output is expected to rise by 80,000 bpd next month, led by a 42,000-bpd gain in the Permian.
Russia considers higher production. Russia’s finance minister Anton Siluanov suggested that Russia and OPEC could fight for market share with U.S. shale, a move that would likely crash prices. “There is a dilemma. What should we do with OPEC: should we lose the market, which is being occupied by the Americans, or quit the deal?” Siluanov said at a forum in Washington. “(If the deal is abandoned) the oil prices will go down, then the new investments will shrink, American output will be lower, because the production cost for shale oil is higher than for traditional output.”
Petrobras dragged down by Brazilian government’s pricing decision. The government of Brazilian President Jair Bolsonaro decided to cancel a price hike on diesel last week, over concern for the impact on truckers and consumers. After cultivating a pro-business reputation, the decision spooked investors and dragged down Petrobras, which will have to shoulder the burden of regulated prices. Petrobras’ share price fell 8 percent on the news, the largest decline in 10 months.
Vermilion Energy to drill in Croatia. Canada’s Vermilion Energy (NYSE: VET) will drill two exploration wells in Croatia in June, according to Reuters. “Although we see evidence of gas charge from the new seismic data we have acquired, we’ll not know for sure whether any of this is commercially producible until after these initial wells are completed,” Bryan Sralla of Vermilion told Reuters.
Flaring surging in New Mexico. Natural gas pipeline bottlenecks are contributing to a soaring rate of flaring in the Permian basin. The Environmental Defense Fund estimates that flaring rates are five times higher than what the industry has reported to the U.S. EPA.
Volkswagen wants more gigafactories. Volkswagen wants joint venture partners, including SK Innovation, to build new battery gigafactories to ensure adequate battery supply for a rush of new electric vehicles. “Anything below that amount would make little sense,” VW CEO Herbert said on the sidelines of the Shanghai Auto Show on Sunday, referring to plants with the capacity to produce at least one gigawatt of batteries.
Juan Gauidó: China should overthrow Maduro. Venezuela’s opposition leader and self-proclaimed president wrote an op-ed in Bloomberg Opinion on why China should abandon President Nicolas Maduro. “I trust that China, whose leaders know exactly what’s happening here, will contribute as the great power that it is and help facilitate the political transition that we so urgently need,” he wrote. “We want to put an end to the looting that Chinese investors have suffered.”
Alta Mesa burned through $1 billion. A startup shale company targeting Oklahoma’s STACK play, backed by a $1 billion investment, is on the brink of financial ruin, according to a profile by the Wall Street Journal. Alta Mesa was a “special purpose acquisition company,” or SPAC, a strategy in which the company starts with no assets and issues shares to raise funds in order to make acquisitions. It’s supposed to be a rapid way of scaling up, but is riddled with risk. The tale is indicative of a broader experience by multiple shale companies in Oklahoma, buoyed by hype and interest from Big Finance, but ultimately producing disappointing results. The WSJ says that more than 60 percent of the energy companies acquired by SPACs since 2016 are now worth less than they were when they began trading publicly.
Ineos warns it could abandon fracking in England. Ineos said it would abandon drilling in England unless regulators loosen drilling rules that guard against seismic activity, according to the FT. Rules on seismic activity have slowed drilling efforts by both Ineos and Caudrilla.
Warren proposes ban on new drilling on public lands. Democratic presidential candidate Senator Elizabeth Warren (D-MA) has proposed to ban new oil and gas drilling on public lands. “The Trump administration is busy selling off our public lands to the oil, gas and coal industries for pennies on the dollar  — expanding fossil fuel extraction that destroys pristine sites across the country while pouring an accelerant on our climate crisis,” she wrote. “That’s why on my first day as president, I will sign an executive order that says no more drilling — a total moratorium on all new fossil fuel leases, including for drilling offshore and on public lands.”