Oil prices failed to break out on Friday, as traders showed themselves cautious, voicing concerns about global economic growth 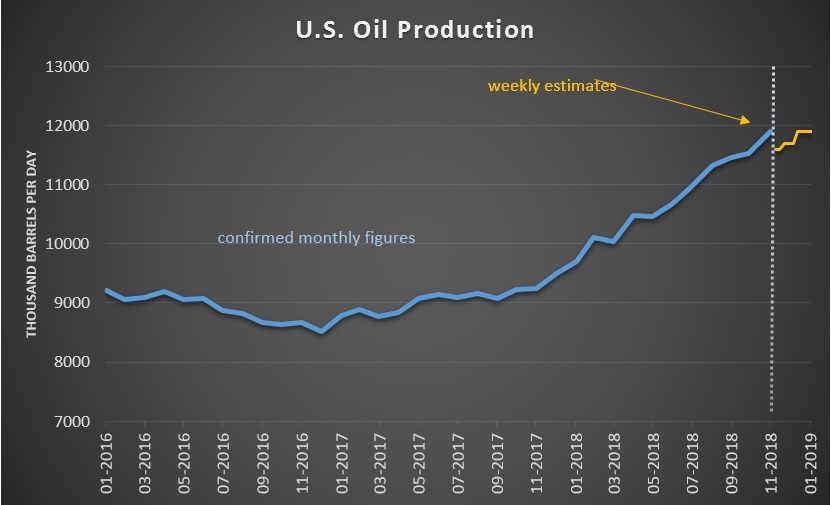 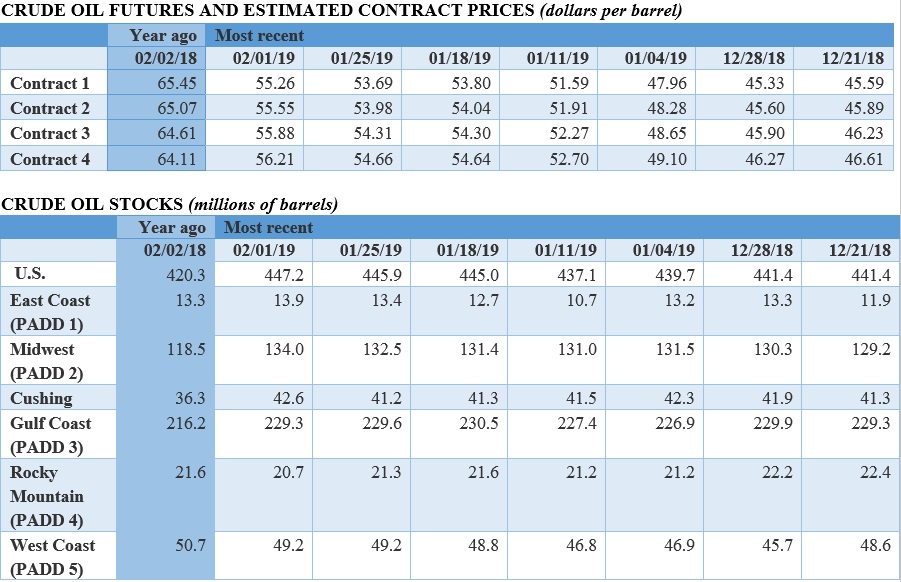 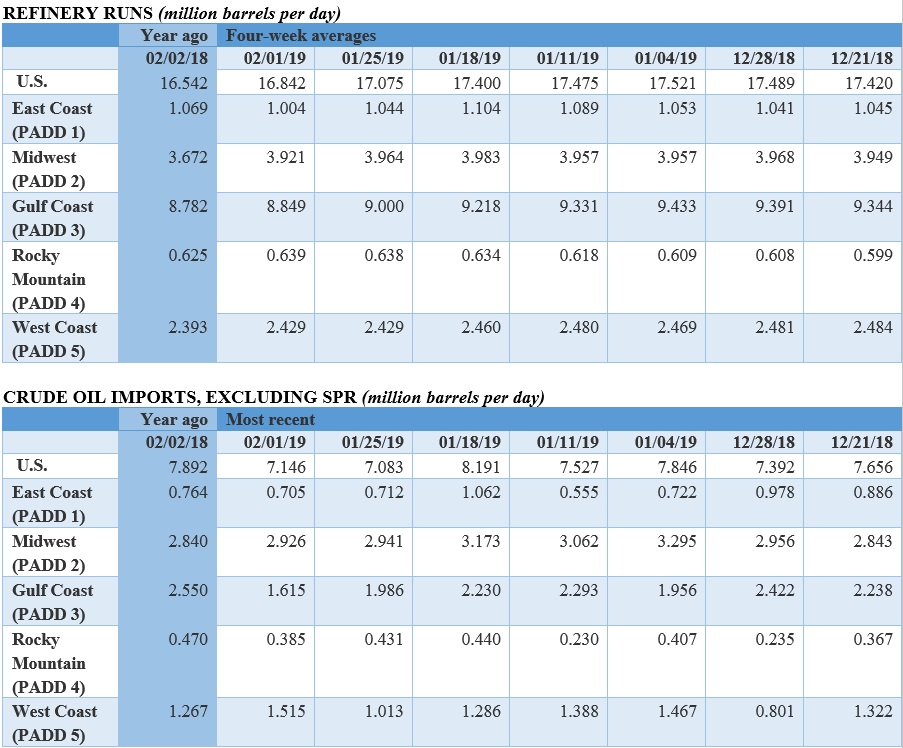 Oil prices have been flat for several days, weighed down by concerns about the health of the global economy, plus the potential return of supply from Libya. “Growing economic concerns, falling stock markets and emerging doubts that the trade conflict between the US and China will be resolved are putting oil prices under pressure,” Commerzbank wrote in a note on Friday.

Russia throws a lifeline to Venezuela. U.S. sanctions on Venezuela threaten to shut in a major portion of the country’s oil production. Not only do sanctions bar Venezuelan oil from flowing to the U.S., but crucially, it also prohibits U.S. diluents from heading to Venezuela. Without diluents, Venezuela cannot process its heavy crude and would be forced to shut down output. However, Russia’s Rosneft is reportedly sending some oil products to Venezuela to keep production from collapsing, according to the New York Times. As a result, Venezuela’s oil production may not utterly collapse, which could keep Maduro in power a little while longer. However, U.S. sanctions could still lead to mass starvation, exploding the already terrible humanitarian crisis.

Venezuelan oil stranded. More than 20 tankers loaded with 9.6 million barrels of oil from Venezuela are sitting idle in the U.S. Gulf Coast, according to Reuters, unable to make delivery because of sanctions. There are other cargoes sitting off the coast in Europe and in the Caribbean.
Trump rules out Xi meeting, raising trade concerns. President Trump said he would not meet Chinese President Xi Jingping before the March 1 trade deadline. A meeting of the two, experts suggest, would be an indication that the U.S. and China were close to reaching a sweeping trade deal. Trump has promised to hike tariffs on $200 billion worth of Chinese imports from 10 to 25 percent. White House economic advisor Larry Kudlow said that there is a “pretty sizable distance” to go on the trade talks. The Wall Street Journal reported that U.S. business titans are urging Trump to make a deal.

U.S. Congress considers “NOPEC” bill; oil companies warn against it. Legislation that would give the U.S. Justice Department authority to sue OPEC members over antitrust violations is progressing through the U.S. Congress. However, major international oil companies are lobbying against it, fearing blowback on their operations. The legislation has bipartisan support in the Congress, although it’s not clear where President Trump stands. “We are just a tweet away from Nopec becoming law,” Bob McNally at consultancy Rapidan Energy told the FT.
France backs Nord Stream 2 regulation. France threw its weight behind an EU proposal to regulate the Nord Stream 2 pipeline, potentially threatening its completion, according to Reuters. The move is a blow to Germany, which has backed the project. The proposal calls for extending internal energy market laws to include offshore gas pipelines. The move is also bad for Gazprom and its partners, which includes Germany’s Uniper and BASF’s (ETR: BASF) Wintershall unit, Royal Dutch Shell (NYSE: RDS.A), Austria’s OMV (VIE: OMV) and France’s Engie (EPA: ENGI).

ExxonMobil and Qatar greenlight $10 billion LNG project. ExxonMobil (NYSE: XOM) and Qatar Petroleum gave the final investment decision on a $10 billion LNG project on the coast of Texas. The Golden Pass LNG project will have a capacity of 16 mtpa and will come online in the early- to mid-2020s.
Exxon announces new Guyana discoveries. ExxonMobil (NYSE: XOM) continues to make new discoveries off the coast of Guyana. Exxon announced its 12th discovery this week.
Glut of frac sand. Frac sand prices are plummeting because of oversupply. West Texas sand could drop 19 percent this year to about $30 per ton, according to Bloomberg and Rystad Energy. New mines in Texas have opened up, adding supply at a time when demand is taking a hit. The losers could be mines in Wisconsin, which once dominated the business.
AMLO to announce Pemex support. The debt-laden Pemex could receive significant support from the Mexican state. President Andres Manuel Lopez Obrador said earlier this week that he would unveil a support package, although was vague on specifics. Pemex needs help in order to return to debt markets, which it likely needs to do in order to meet bond payments.
Goldman to slash commodities trading unit. Goldman Sachs (NYSE: GS) has plans to significantly curtail its commodities trading arm because it isn’t as profitable as it used to be.
Oil majors outsourcing exploration. In a sign of a changing business, some oil majors are outsourcing exploration to smaller firms. For the smaller companies, it allows them to save on costs while gaining a larger partner.
Suncor calls for early end to production cuts. Suncor (NYSE: SU) called on the Alberta government to put an early end to the mandatory production cuts.
Libyan National Army seizes Sharara field. The Libyan National Army (LNA), run by General Khalifa Haftar, have reportedly taken control of the country’s largest oil field, the Sharara. The 315,000-bpd field had been offline since December, leading to a significant decline in oil production. The seizure of the Sharara could lead to its reopening. Oil prices saw downward pressure on the news.
Total SA makes discovery in South Africa. Total SA (NYSE: TOT) announced a potentially significant oil discovery off the coast of South Africa, the country’s first. Total said that the Brulpadda field could hold 1 billion barrels of oil and gas reserves, although it is mostly gas condensate. “It is really transformational,’’ Andrew Latham, vice president of global exploration at consultant Wood MacKenzie Ltd., told Bloomberg. “This could be a discovery that kickstarts a bit of a gas strategy for South Africa.’’
GM going electric, but won’t make money for a while. GM (NYSE: GM) does not expect its electric vehicles to turn a profit for several more years, but it is pursuing an all-electric lineup over time.
Chevron to cut emissions to stave off shareholder resolutions. Chevron (NYSE: CVX) said that it would cut its greenhouse gas emissions to align with the Paris Climate accord, reducing air pollution by 25 to 30 percent by 2023. BP (NYSE: BP) is taking similar steps. The moves could also be viewed as a way of defusing growing shareholder unease. Shareholder activists have been pushing climate resolutions at annual meetings, with increasing success over time.

1.       Bank Of America: Oil Demand Growth To Hit Zero Within A Decade

5.      The Nigerian Upstream Oil and Gas Report - Wind In The Sails

6.      Oversold Lithium Could Be About To Rally