The Oil Price Rally May Have Gone Too Far

Oil prices are set for their first weekly loss in over a month as a jump in COVID-19 cases threaten the economic recovery while oil supply continues to come back online. 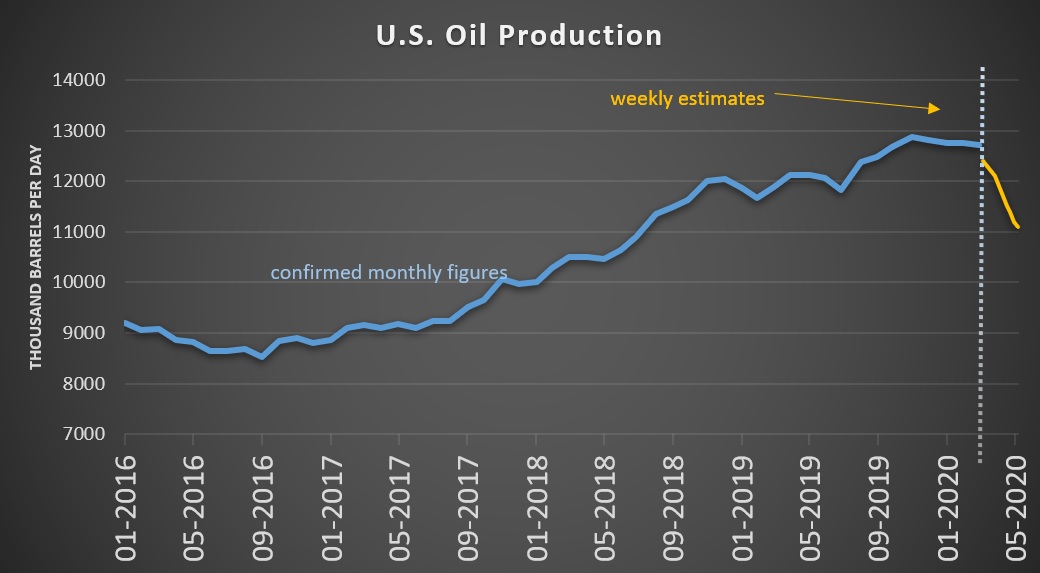 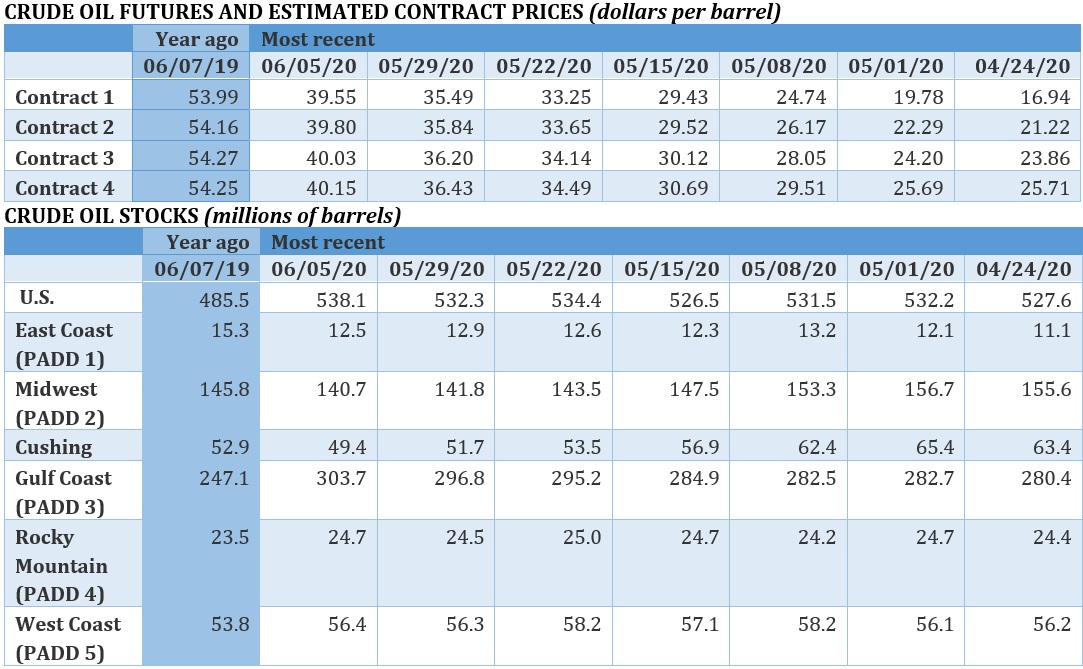 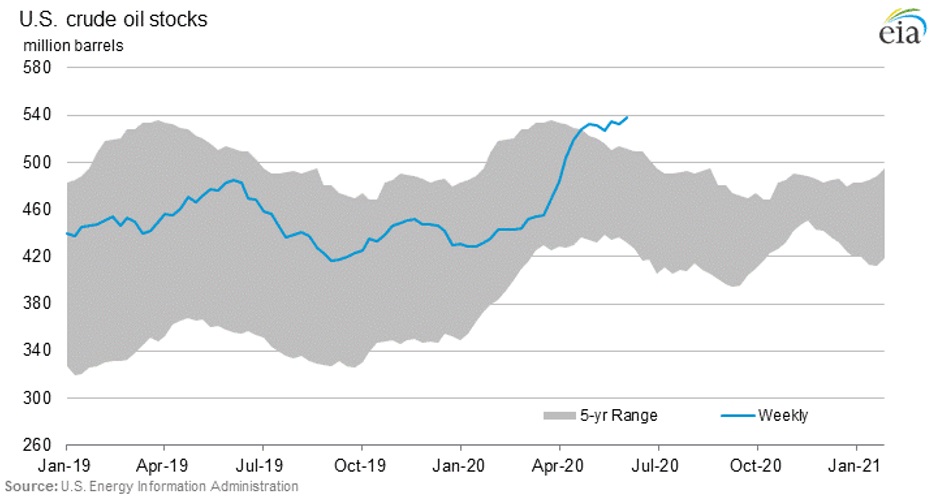 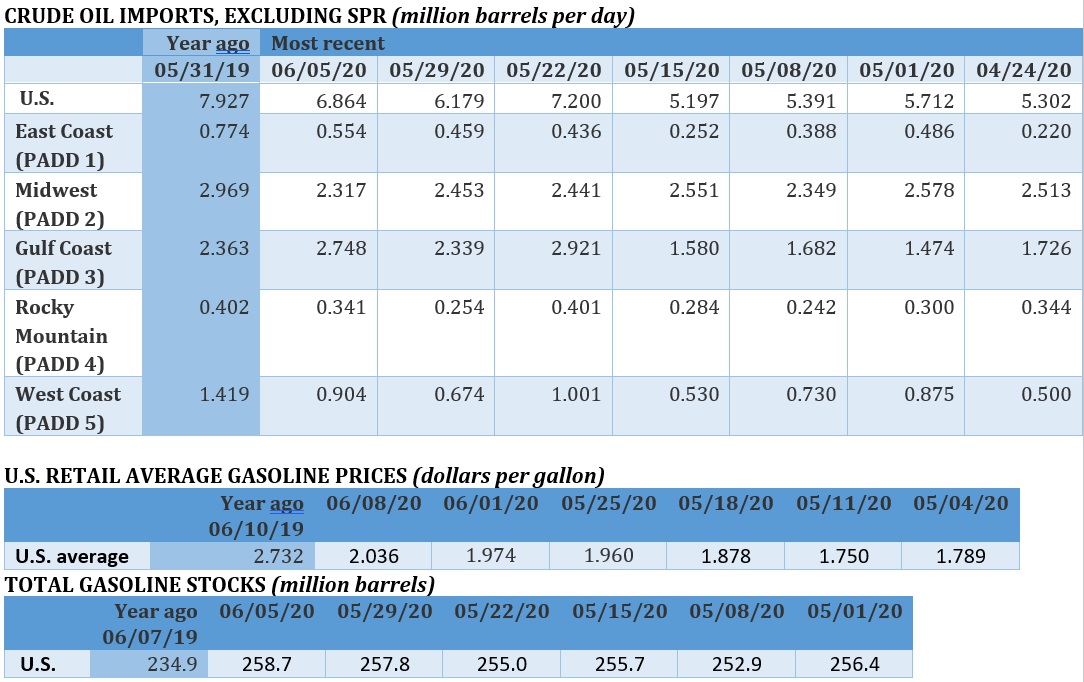 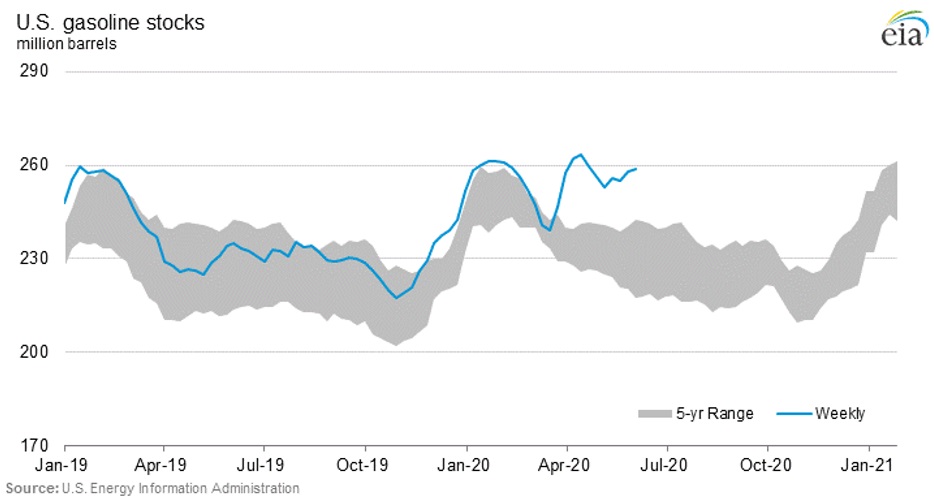 Oil is set for the first weekly decline in over a month, dragged down by the broader selloff on Thursday. The jump in coronavirus cases in the U.S. sparked renewed concerns about the economic recovery. The Federal Reserve warned of long-term scars on the economy. At the same time, oil analysts have warned that the crude oil rally may have gone too far.
U.S. gasoline demand picks up. U.S. gasoline demand ticked up to 7.9 mb/d in the first week of June, up about 350,000 bpd from a week earlier. Jet fuel demand is still a shadow of its former self, stuck at 30 to 40 percent of its pre-pandemic levels.
Goldman: 20 percent oil price correction. Goldman Sachs said that an oil price correction of about 20 percent may already be underway. "Despite the rally, we have been hesitant to recommend a long position this early in the cycle for several reasons," Goldman Sachs commodities analysts wrote in a note. Inventories are too high and the price rally has gone too far, the bank said.
Trump's offshore drilling plan. The Trump administration is planning to push for opening up Florida for offshore oil drilling, but the proposal will wait until after the November election in order to avoid political blowback, according to Politico. Drilling in Florida faces bipartisan opposition. The eastern Gulf of Mexico has long been off-limits to the industry.
Permian to return to growth in 2021. U.S. shale will concentrate on the Permian basin, where growth returns in 2021 and continues through 2030, according to Wood Mackenzie. Meanwhile, the Eagle Ford won't return to its 2019 average until 2024, but will then decline. Projections vary, but the comeback is widely expected to be slow.
More oil execs see rewards before bankruptcy. Around 35 oil executives at Whiting Petroleum (NYSE: WLL), Chesapeake Energy (NYSE: CHK) and Diamond Offshore Drilling (OTCMKTS: DOFSQ) are set to enjoy $50 million in payouts even as their companies head into bankruptcy, according to Bloomberg. The list of companies engaging in this practice is rising, with California Resources Corp. (NYSE: CRC) recently guaranteeing executive bonuses. On Thursday, Extraction Oil & Gas (NYSE: XOG) disclosed $6.7 million in payments to 16 executives ahead of a possible default on bond payments.
EIA: U.S. production bottoms out at 10.6 mb/d. The EIA says that U.S. oil production will drop to 10.6 mb/d by March 2021, a decline of 2.2 mb/d from a recent peak in November 2019. The agency sees U.S. production averaging 11.56 mb/d in 2020, a 130,000-bpd downward revision from last month's forecast.
ExxonMobil to delay refinery expansion. ExxonMobil (NYSE: XOM) said it would delay the startup of its Beaumont refinery expansion on the Texas Gulf Coast by a year due to the downturn in demand. When the expansion is complete in 2023, the refinery will be the largest in the U.S.
Exxon to revive North Sea asset sales. After putting proposed asset sales on ice during the pandemic, ExxonMobil (NYSE: XOM) is once again pushing to dispose of its unwanted assets. Exxon had wanted to raise $2 billion, but now expects to generate less.
Papua New Guinea passed legislation affecting Exxon. Papua New Guinea passed legislation to increase benefits to the country from oil and gas operations. Exxon operates a massive natural gas drilling and export project in the country and is considering a $13 billion doubling of that project's capacity.
Trafigura sees windfall profit. Oil trader Trafigura posted its largest profit in the first two quarters since 2016, with year-on-year earnings up 27 percent. Trafigura benefited from oil storage and volatility.
Emerging markets cut fuel subsidies. A sharp economic downturn, combined with lower fuel prices, has led to a number of emerging market countries to cut fuel subsidies. Nigeria and Tunisia trimmed subsidies, while India hiked gasoline and diesel taxes.
Tellurian's LNG buildout struggles. Tellurian's (NASDAQ: TELL) LNG project remains unbuilt after years of construction. The company's market cap has plunged below $400 million, down from over $4 billion from a few years ago. The FT looks at the company's decline.
Low lithium prices depress investment. The fall of lithium prices could deter new investment, impacting the proliferation of electric vehicles.
Natural gas demand to fall by 4 percent. Global natural gas demand could slump by as much as 4 percent in 2020, according to a new report from the IEA. That would be double the percentage decline seen during the 2008-2009 financial crisis.
Weatherford CEO resigns, second bankruptcy possible. The CEO of Weatherford International (OTCMKTS: WFTLF) stepped down, and analysts say that the company could be forced into bankruptcy for the second time in less than a year. Once one of the top four oilfield service companies in the world, Weatherford's demise illustrates the deep pain for drilling servicers.
Venezuela down to 1 rig. Venezuela has 1 rig drilling for oil in the country, and 1 for gas. As recently as March, there were 25 operational rigs.
Upstream investment hits 15-year low. Global spending on upstream oil and gas could fall to $383 billion in 2020, the lowest level in 15 years and a drop of 29 percent from 2019 levels.