Today’s newsletter, we will take a quick look at some of the critical figures and data in the energy markets this week.
We will then look at some of the key market movers early this week before providing you with the latest analysis of the top news events taking place in the global energy complex over the past few days. We hope you enjoy. 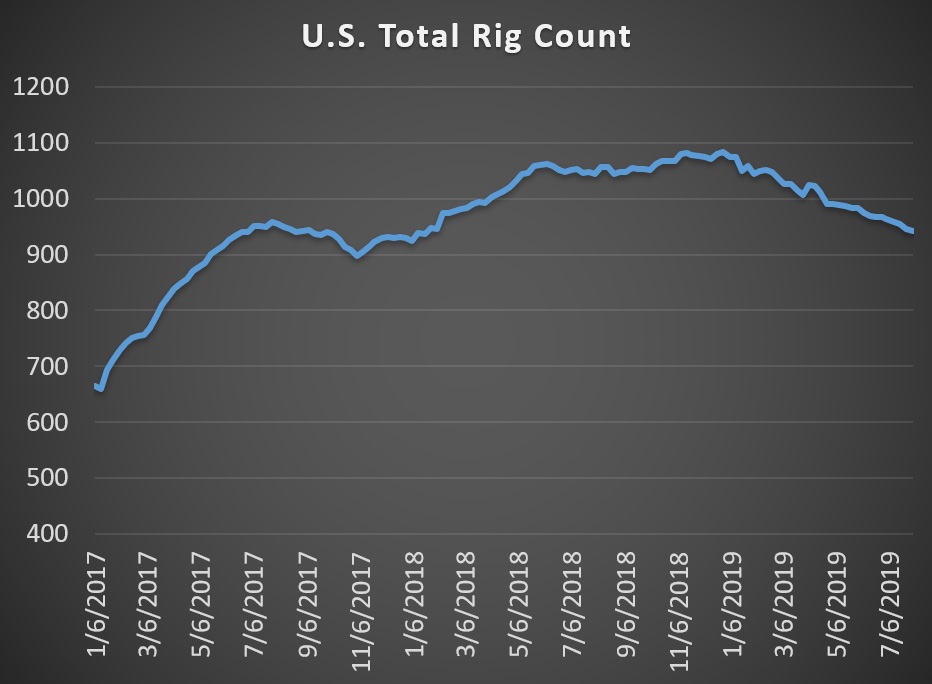 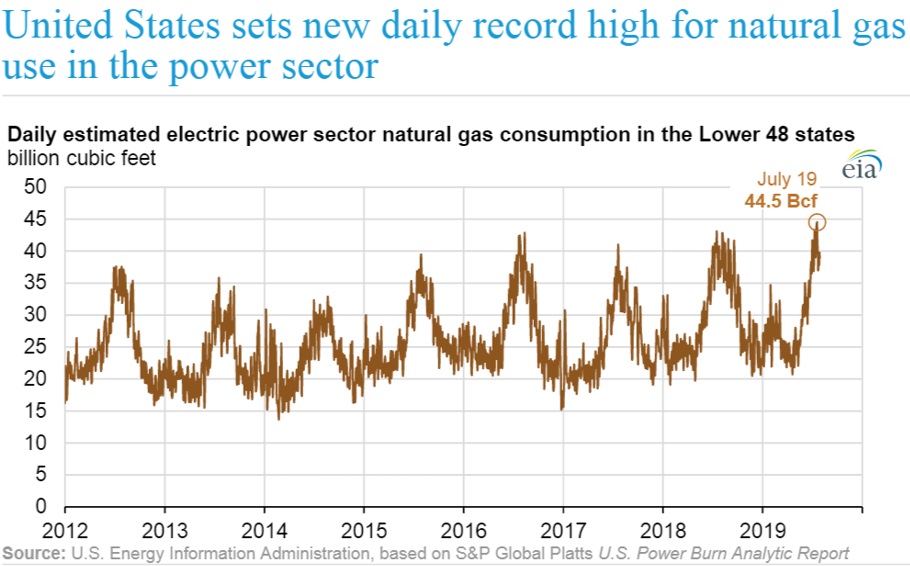 Market Movers
Tuesday August 6, 2019
Oil prices fell again on Monday, with Brent down in particular, dipping below $60 per barrel. The catalyst this time was the firm response by China to proposed U.S. tariffs. China let its currency depreciate to 7 yuan to the dollar, which immediately sparked further retaliation from Washington. The Treasury Department labeled China a currency manipulator, taking the standoff to another level. Perhaps the silver-lining is that the pressure is now on the Federal Reserve to cut interest rates again – a long-sought objective by President Trump. But, the markets are not taking any comfort in this dynamic.
On Tuesday, markets started on a positive note after China apparently softened its tone, with the central bank setting a stronger target for the yuan than expected, an indication that China is not yet ready to use its currency as a weapon.
WTI Midland rises on pipeline capacity additions. WTI traded in Midland rose to its strongest level since June after Plains All American Pipeline LP (NYSE: PAA) set rates for its 670,000-bpd Cactus II pipeline on Friday, raising expectations that it would begin service soon. Cactus II is one of three pipelines expected to come online this year connecting the Permian to the Gulf Coast.
U.S. announces embargo on Venezuela. The Trump administration announced a total economic embargo against Venezuela, dramatically escalating the confrontation. The order freezes all government assets and prohibits any transactions with the Venezuelan government. It’s the first embargo of its kind against a government in the Western Hemisphere in three decades.
Trump’s trade war is double-whammy against oil industry. Higher tariffs on China is dragging down oil, raising expectations of a cut in global growth. But the industry is also paying more for steel because of the tariffs. Plains All American (NYSE: PAA) said that it would charge oil producers 5 cents per barrel because of the tariffs.
Iran seizes oil tanker. Iran seized another oil tanker on Sunday, this time an Iraqi ship that Iran says was smuggling fuel to Arab countries.
1 in 7 new natural gas plants at low capacity. According to S&P Global Platts, 1 in 7 new natural gas combined-cycle power plants are running at shockingly low levels. More than 33,000 MW of capacity had capacity factors below 40 percent in 2018. Some plants are even shutting down in California because of surging solar power and depressed electricity prices.
Millennials shunning work in oil and gas. Young people are increasingly steering clear of the oil and gas industry, owing to a combination of factors, including fears about job insecurity and the climate crisis. As a result, the industry could find itself short on talent as aging workers head into retirement.
Eurozone slows down. More data from the Eurozone points to a slowing economy. IHS Markit’s Euro Zone Composite Final Purchasing Managers’ Index (PMI), a broad gauge of economic health, dropped to 51.5 in July from June’s 52.2.
BNP Paribas: Oil needs to fall to $9-$10 to compete long-term. A blockbuster new report from BNP Paribas finds that the oil industry faces existential decline from the combination of renewable energy and electric vehicles. The study finds that the energy return on capital invested is 6x-7x times better for solar and wind plus EVs than it is for gasoline. As a result, if gasoline is going to compete with EVs, crude oil would need to fall to $9-$10 in the long run.
China helping Iran move oil. A subsidiary of China’s CNPC has used a fleet of tankers to help Iran move oil to China, according to the FT. Keeping Iranian oil exports alive presents a big downside risk to oil prices. “While we retain our $60 a barrel Brent forecast for next year, we admit that a Chinese decision to reinitiate Iran crude purchases could send oil prices into a tailspin,” Bank of America Merrill Lynch said in a note.
Chevron and Exxon scale up in Permian as others cut back. ExxonMobil (NYSE: XOM) and Chevron (NYSE: CVX) both reported large increases in oil production from the Permian in the second quarter, and are among the largest and most active drillers in the basin, despite arriving late. Meanwhile, small and medium-sized E&Ps are facing pressure to cut back.
Williams Cos. considering buying Noble Energy’s midstream unit. Williams Companies (NYSE: WMB) is working with investment firm Global Infrastructure Partners to buy midstream assets from Noble Energy (NYSE: NBL).
Battery powered ships in development. Four Japanese companies are working together on the world’s first zero-emissions tanker, set to be rolled out in 2021.
Bipartisan legislation to keep nuclear fleet alive. A bipartisan bill is gaining support in the U.S. Senate that would support existing nuclear reactors.
Climate change becomes issue for credit ratings agencies. Scrutiny on financial exposure and vulnerability to climate change is becoming a critical issue for credit quality. “More and more, issuers and investors want to know how they are exposed to climate events,” Michael Mulvagh, head of communications in the Americas, Europe, Africa and the Middle East for Moody's Corporation, told InsideClimate News.
Petrobras production rises. Petrobras (NYSE: PBR) said its production rose to 2.76 mb/d in July, up from 2.633 mb/d in the second quarter. In late July, production jumped to 3 mb/d.