Oil markets took a breather at the end of the week as new supply from Russia and Saudi Arabia calmed fears of a tightening market, but there are plenty of bullish catalysts on the horizon. 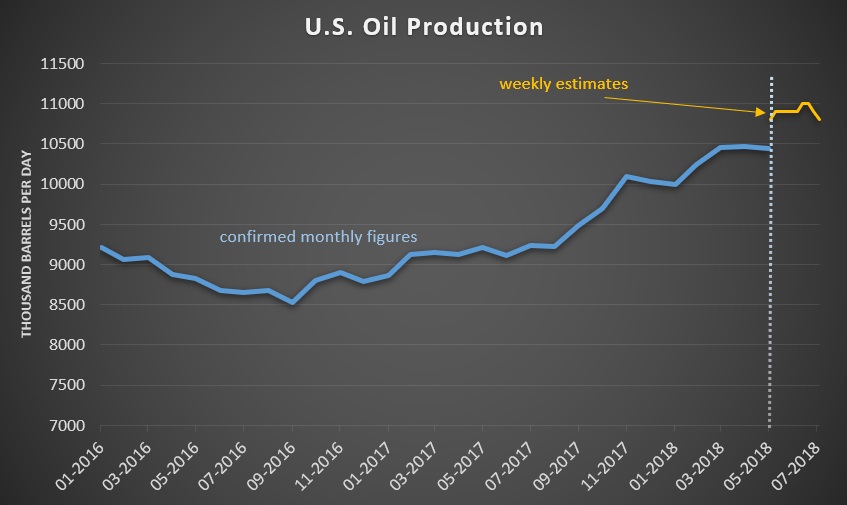 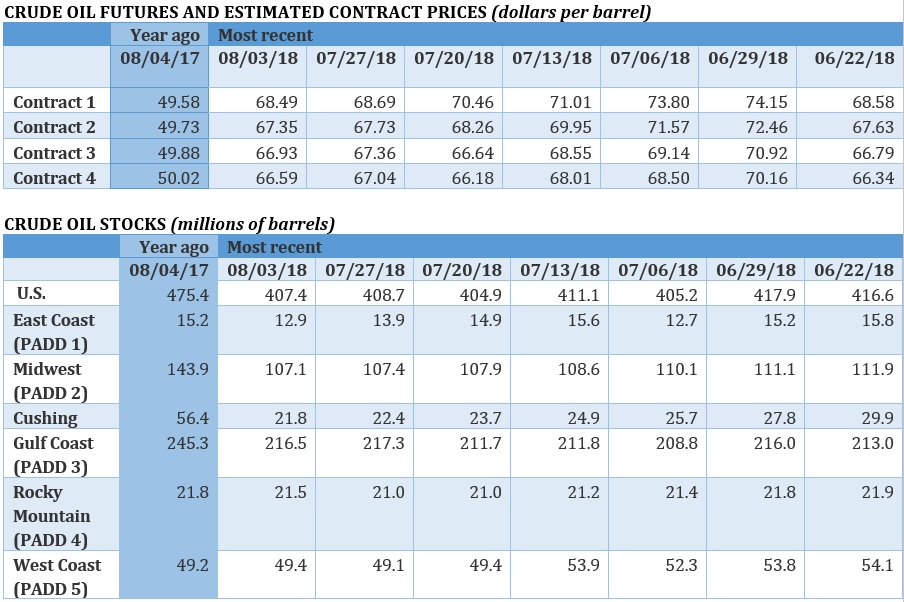 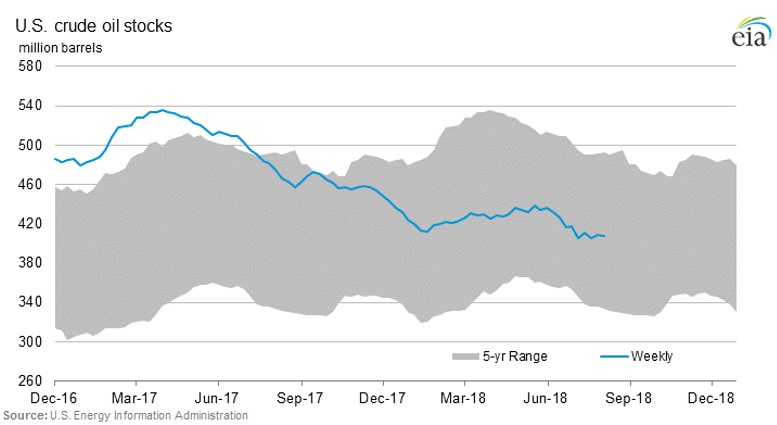 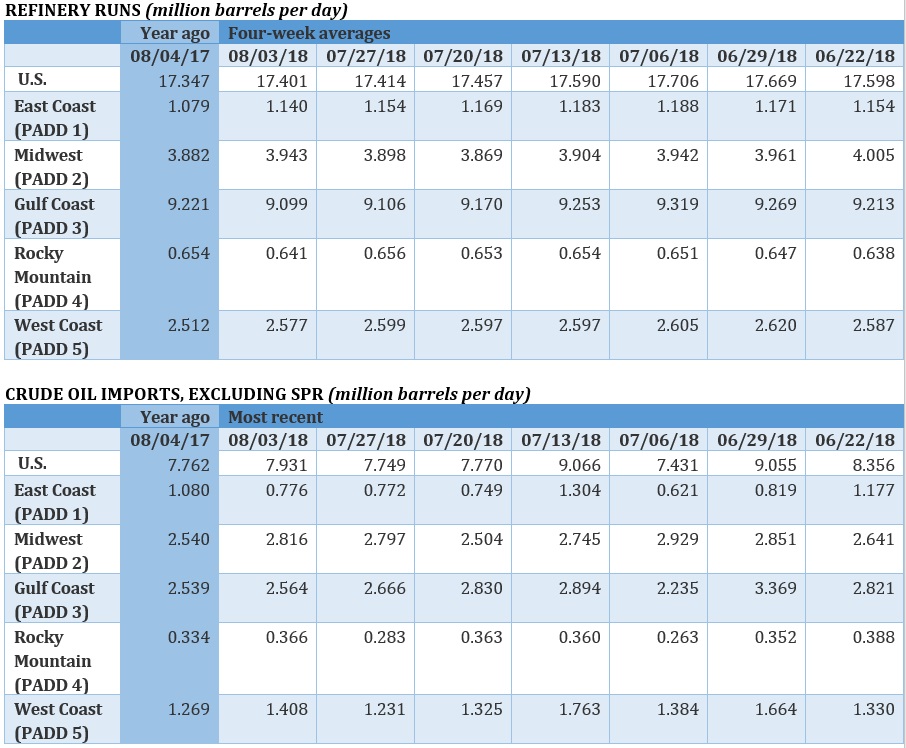 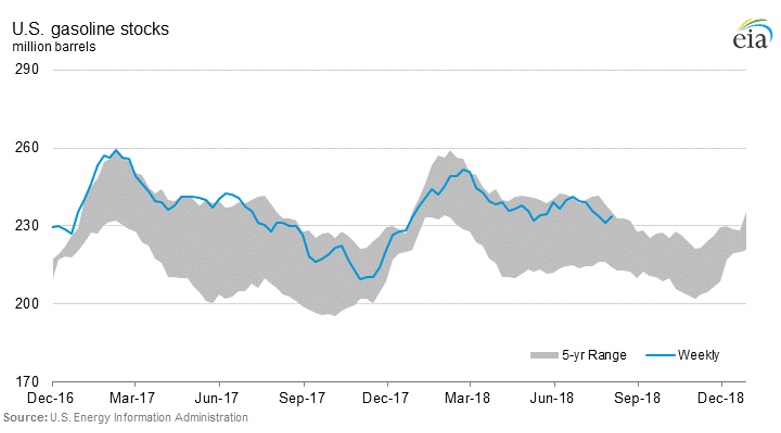 The IEA said in a new report that more supply from Saudi Arabia and Russia has eased supply concerns, but that the current lull in the oil market might only be temporary with sanctions on Iran looming.
IEA: Oil market sees “cooling down” this summer. The International Energy Agency said that higher output from Saudi Arabia and Russia have tamped down concerns about supply. The partial recovery in Libya has also dialed down the danger to the oil market. The IEA slightly revised up its forecast for demand growth in 2019 to 1.5 million barrels per day (mb/d), up 0.1 mb/d from last month. For this year, however, demand growth slowed in the second and third quarter, after a blistering first quarter. This “cooling down” of the oil market – both in terms of fewer disruptions and slower demand – has caused prices to fall back from a few weeks ago. But it could be temporary. With Iran sanctions set to take effect in November, it could be “very challenging” to ensure adequate global supply, the IEA said.

ExxonMobil shopping long-term oil deals. ExxonMobil (NYSE: XOM) is reportedly trying to sign up refiners to long-term oil purchasing deals. A lot of Middle Eastern oil producers conduct their trade under long-term contracts, but it is uncommon for oil shipments from the U.S. to be done this way. Exxon is hoping to sign up some Asian refiners to purchase its growing supply in the Permian basin.
China refrains from slapping tariffs on U.S. crude. Despite having proposed to include American crude oil under its list of tariff targets, China left oil off of its list this week when it imposed $16 billion worth of tariffs on U.S. products. The decision, analysts say, is a reflection of China’s import needs, particularly with supplies from Venezuela in decline and supplies from Iran potentially disrupted. Still, Chinese refiners have begun ratcheting down purchases of American oil and LNG anyway, in anticipation of potential tariffs. The trade fight helped push down oil prices this week, even though crude oil was not caught up in the new tariffs, as the oil market grew concerned about the impact on the global economy.

Chevron and Exxon double down on Permian. Pipeline constraints are slowing drilling in the Permian, but Chevron (NYSE: CVX) and ExxonMobil (NYSE: XOM) are unbowed as they ramp up their presence in West Texas, according to Argus. Chevron’s Permian output rose to 270,000 barrels of oil equivalent (boe/d) in the second quarter, and the company said it is “not materially exposed to the Midland basis differential,” a discount that has consistently exceeded $10 per barrel relative to WTI in Houston. Exxon added 7 rigs to the Permian in the second quarter, taking its total up to 34. Exxon’s output hit 250,000 bpd, a 30 percent increase from a year earlier.

U.S. judge authorizes seizure of Citgo. A U.S. federal judge authorized the seizure of Citgo Petroleum Corp. in lieu of failed payment on Venezuelan government debt. Citgo, a subsidiary of PDVSA, is the only U.S-based asset by the Venezuelan state-owned oil company. The decision could set off a scramble to seize assets and deepen the crisis in Venezuela, but the extent of the impact is still unclear because the full opinion by the judge is sealed.

U.S. predicts Iran will lose up to 1 mb/d. U.S. officials reportedly expect Iran to lose between 700,000 bpd and 1 mb/d of oil exports by November, according to Bloomberg. The Trump administration wants to take exports to “zero,” but clearly recognizes that the process will take time.

Shale drillers starting to step up spending. The “capital discipline” mantra has taken hold over the U.S. shale industry over the past two years, but higher oil prices are starting to lure shale drillers into higher spending levels. Parsley Energy (NYSE: PE), Pioneer Natural Resources (NYSE: PXD) and Continental Resources (NYSE: CLR) recently announced spending increases, joining others in the industry, Reuters reports.
U.S. selling more oil to India. India’s state-owned Indian Oil Corp. signed a term tender for American crude for delivery for November through January, a move that will ensure Indian receives supply at a crucial time when Iran begins to feel the pinch of sanctions.
U.S. sanctions on Russia could impact oil sector. New U.S. sanctions on Russia will take effect later this month, banning the export of “sensitive” goods and technologies. Russia depends on imported technology and equipment for much of its oil sector. The sanctions, particularly if Europe follows suit, could be damaging, as it would take time to switch over to Asian suppliers or develop home-grown technology. “New LNG, refinery, and petrochemical projects may be under threat,” Dmitry Marinchenko, oil and gas director at Fitch Ratings, told Bloomberg. “Oil production may be affected on the more complicated projects.”

China oil futures contract suffering from volatility. While Brent and WTI have been bouncing around modestly, China’s oil contract in Shanghai has been gyrating much more intensely, undermining the contract’s ability to compete with the more widely-traded benchmarks. “The price action does not do the contract any favors as it shows how speculative day-traders remain firmly in control and with that we can see temporary dislocations to the international market,” Ole Sloth Hansen, head of commodity strategy at Saxo Bank A/S in Copenhagen, told Bloomberg. The Shanghai contract is being driven by speculative forces, and there is a “disconnect” with the global oil market, Citibank said.

2.      The Ultimate Guide To Charging An Electric Car

11.   The American President Is Stirring Up Trouble in a Volatile Oil Market

12.  The Impact of the Development of LNG Train 7 in Nigeria