The recent move by China to pass a national security law in Hong Kong has reignited tensions between Washington and Beijing. Those tensions are now threatening over $52 billion in energy sales and have brought an end to the oil price rally. 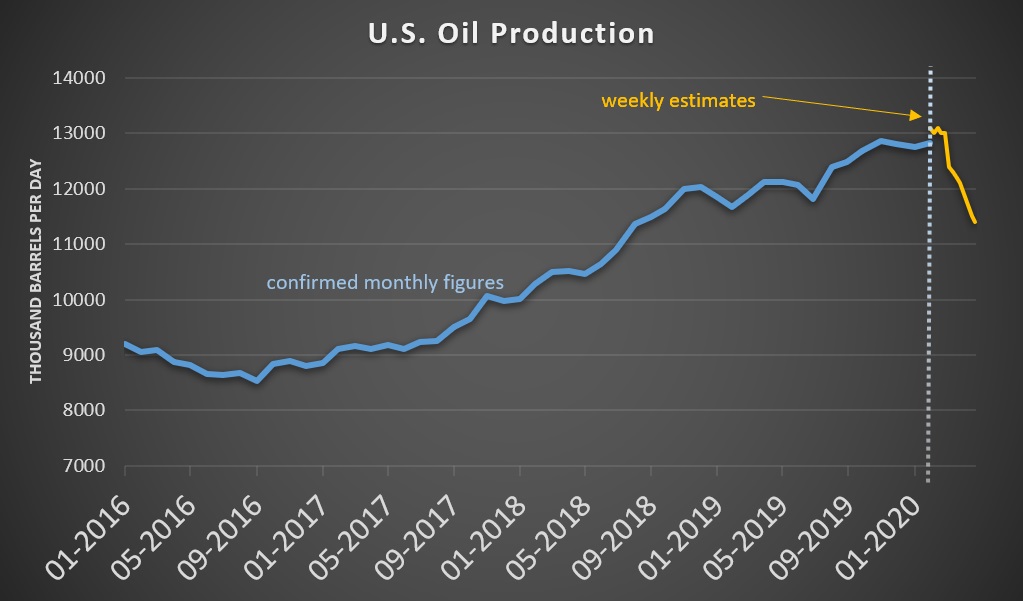 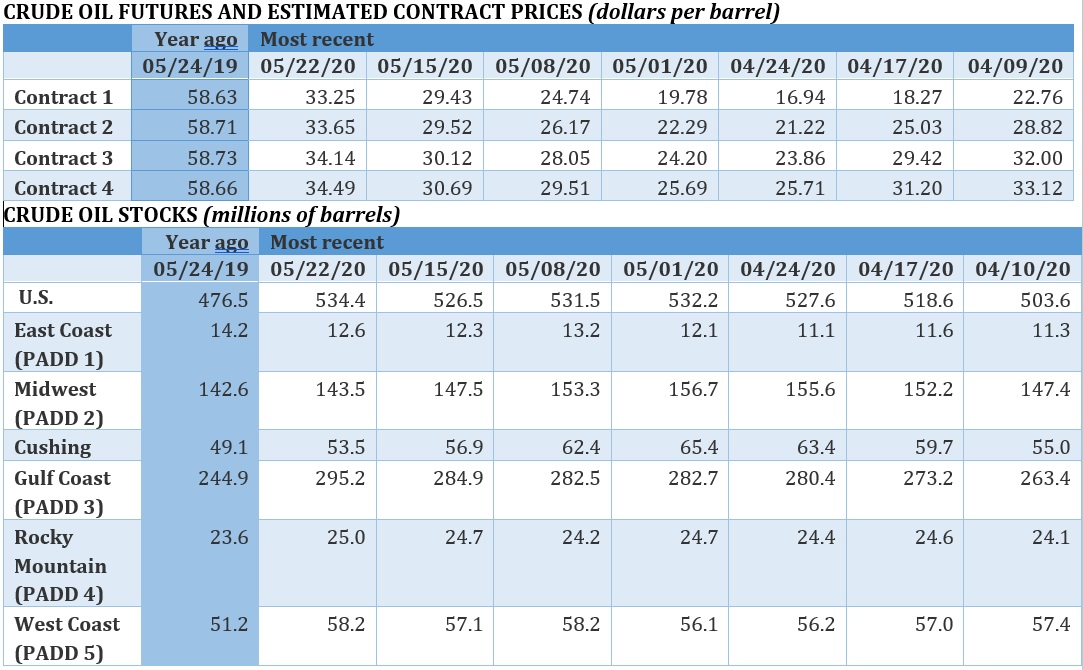 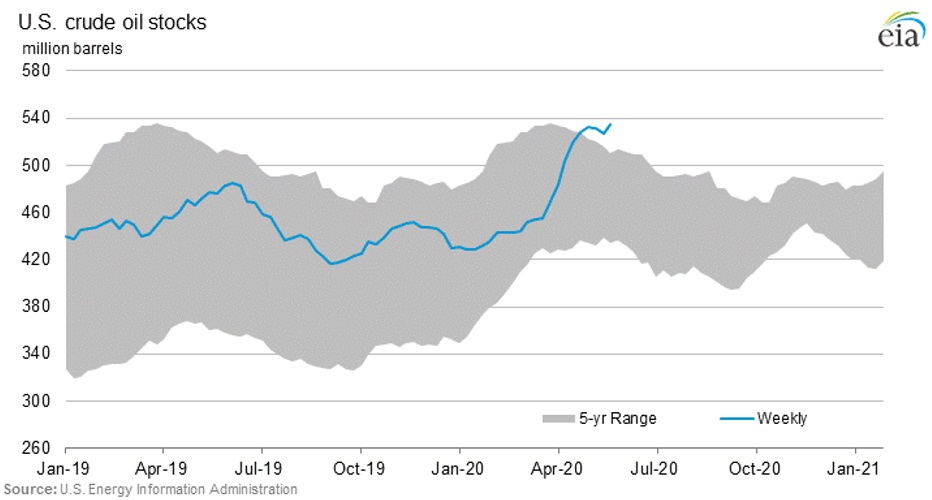 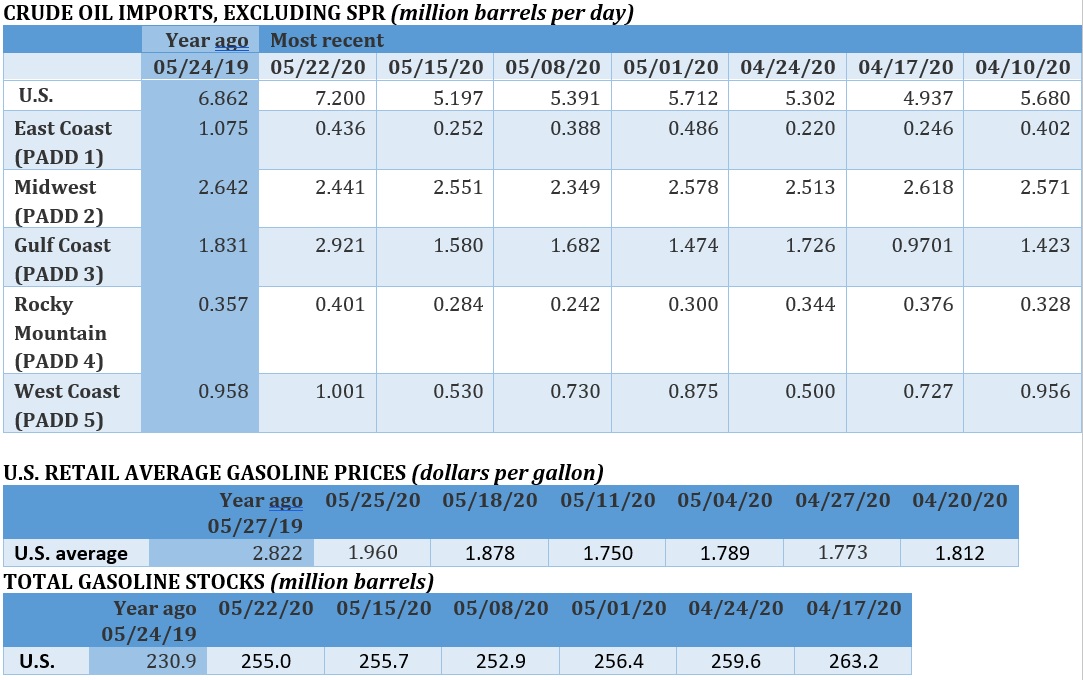 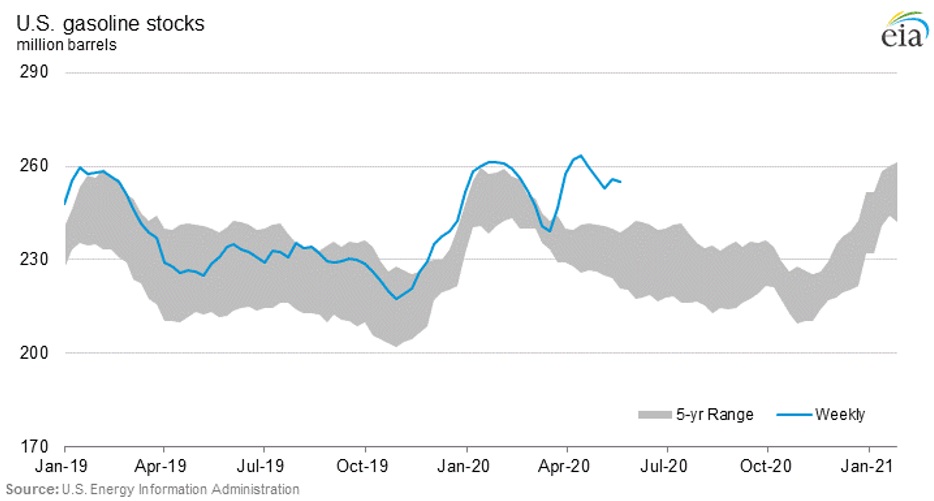 Oil prices have held onto the gains from the last few weeks, but the recent rally seems to have stalled as demand shows signs of not returning to normal any time soon. Meanwhile, U.S.-China tensions weighed heavily on financial and commodity markets this week.
U.S.-China tensions threatens $52 billion in energy sales. The Phase 1 trade deal between Washington and Beijing is at risk of falling apart. President Trump is set to make a major announcement on Friday regarding China, and amid escalating tension and China's moves in Hong Kong, the actions will likely be punitive. China had previously pledged to make $52 billion in oil purchases over two years, a total that was always going to be hard to meet.
Oil executives get paid despite downturn. A number of U.S. shale oil executives continue to receive hefty compensation despite consistently posting unimpressive returns. Part of the problem is the practice of basing compensation off of a company's performance relative to its peers. Meanwhile, the oil majors continue to take on debt to pay dividends.
What will OPEC+ do next? Two conflicting reports surfaced this week, one claiming that Russia was considering extending the OPEC+ production cuts beyond June, while the other said the opposite - that Russia would push for loosening the cuts. Saudi Arabia appears ready to extend, but in Moscow some Russian oil companies may find an extension difficult.
Refineries hit by overcapacity. A wave of refining capacity built over the past few years has squeezed margins, and the downturn in the oil market could push uncompetitive facilities offline permanently.
Alberta cut production by 1 mb/d. Alberta said that it has cut production by 1 mb/d, a quarter of the province's output.
Bearish EIA data halts momentum. The EIA reported a jump in crude oil inventories this week, made worse by a surge in imports. At the same time, production dipped by another 100,000 bpd.
Big Oil loses key court case on climate. A U.S. Circuit Court of Appeals ruled against oil companies, deciding that a public nuisance case brought by California cities could move forward in state courts. The case centers on damages inflicted a handful of oil majors - ExxonMobil (NYSE: XOM), Chevron (NYSE: CVX), BP (NYSE: BP), Royal Dutch Shell (NYSE: RDS.A) and ConocoPhillips (NYSE: COP). The companies sought to have the case tossed out, but the decision allows it to proceed. Still, it could be years before the case is heard by a jury.
Chevron lays off 10-15 percent of staff. Chevron (NYSE: CVX) said it would cut 10 to 15 percent of its global workforce, or between 4,500 and 6,750 jobs.
Clean energy stocks outperform oil. Clean energy stocks are performing better than oil during the global pandemic, according to a new study. U.S. clean energy stocks have increased 2.2 percent in the first four months of the year, even as the S&P 500 declined by 9.4 percent. "We found that renewable power had a bit of a protective property, and that is something we did not know before," one of the report's authors told the FT. "After this kind of shock [in the market], this portfolio has done so well. Moreover, between 2010 and 2019, renewable energy stocks returned 200 percent, while fossil fuels returned 97 percent.
Oil majors struggling with coronavirus infections. A wave of infections have hit numerous oil projects around the world. More than 900 workers have been infected at the Tengiz oil field in Kazakhstan, led by Chevron (NYSE: CVX) and a consortium of partners. Royal Dutch Shell (NYSE: RDS.A) said that seven workers at an offshore platform in the Gulf of Mexico have been infected. In recent weeks, other cases have hit ExxonMobil (NYSE: XOM) and Total (NYSE: TOT).
U.S. LNG exports weaken. Weak economics have already cut into U.S. LNG export volumes, even before accounting for cancelled June and July cargoes. U.S. LNG's share of European imports have only averaged 15 percent so far in May, down from 23.6 percent in April.
U.S. oil imports jump on arrival of Saudi "armada." The widely-publicized "armada" of Saudi oil tankers finally arrived in the U.S., leading to a nearly 1-mb/d increase in oil imports in the latest EIA weekly data. "The optics for Saudi crude aren't so great in Texas right now," Bill Farren-Price, director at RS Energy Group, told the FT. "Despite their huge cuts, the April export surge has just started unloading, with yet another clue for Permian operators as to why US oil prices remain on the floor."
Shale won't bounce back until 2021. The chief executive of Precision Drilling (NYSE: PDS) said that shale drilling activity won't begin to grow again for another year.

Bank NPLs (15) - AMCON and Its Role in Debt Recovery

Viability of Crowdfunding as a Source of Capital