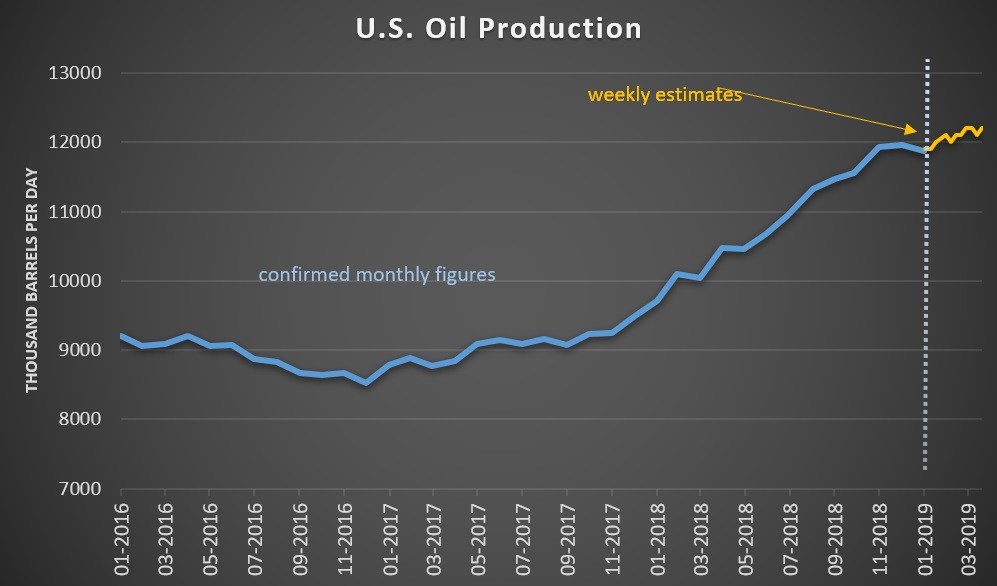 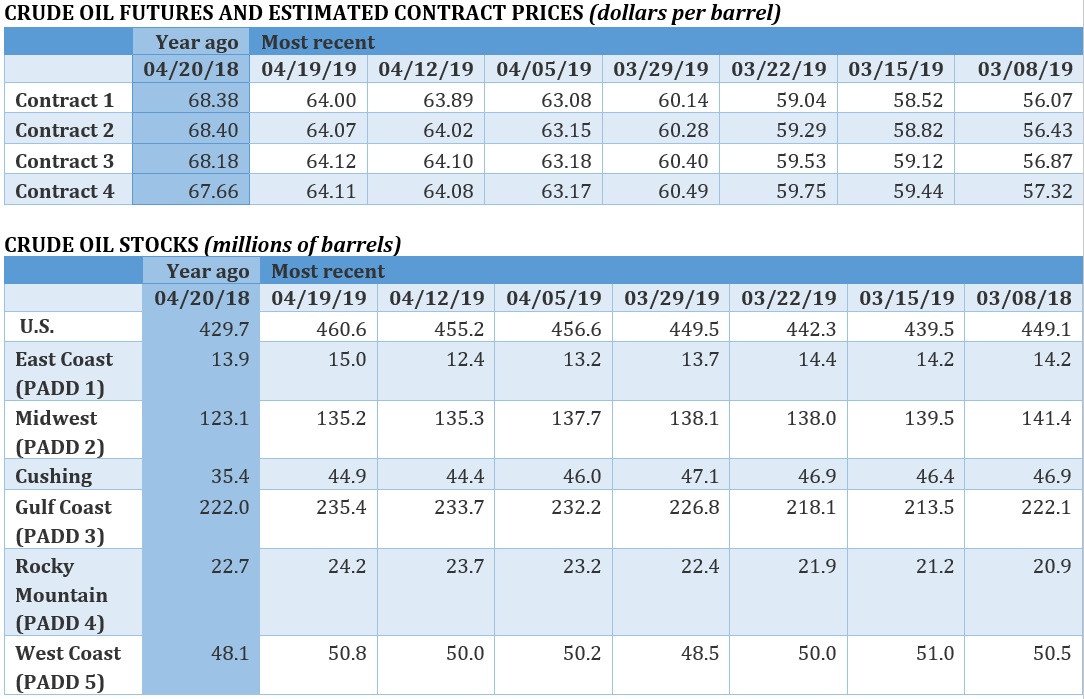 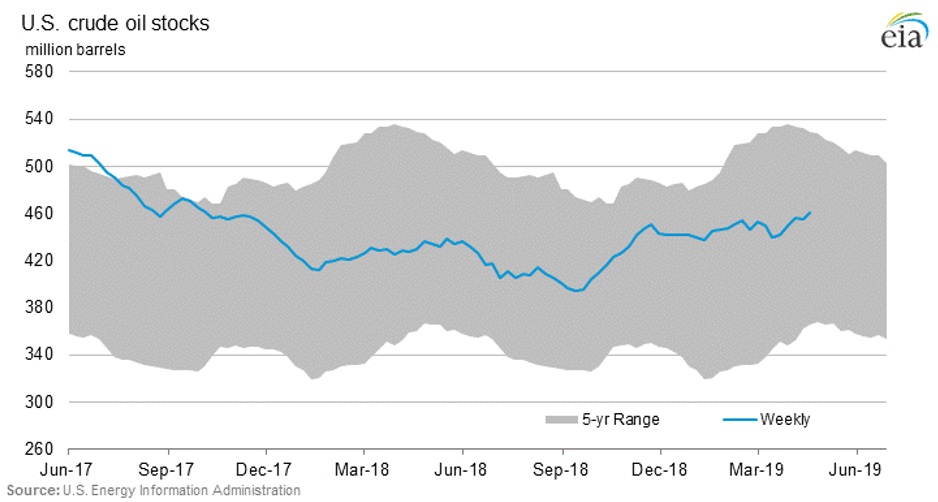 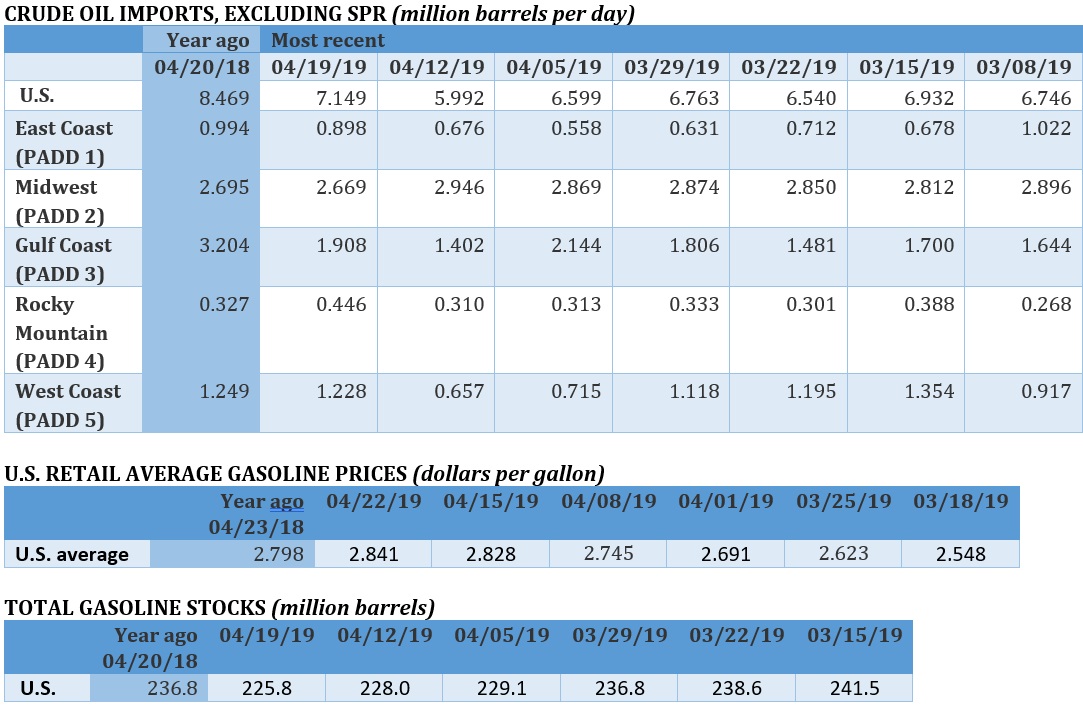 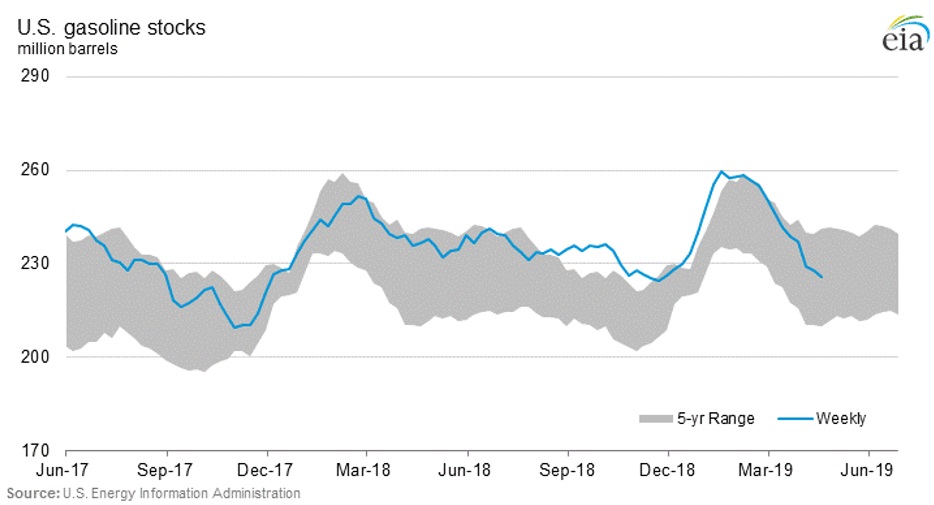 Oil prices fell sharply in early trading on Friday as the market reassessed the impact of U.S. sanctions on Iran. Analysts argue that Iran may succeed in mitigating the impact, maintaining some degree of exports. Also, expectations of OPEC swinging into action are also on the rise. Oil prices fell nearly 2 percent on Friday.
Spare capacity in spotlight after Iran sanctions. While Saudi Arabia and the UAE have apparently indicated a willingness to offset Iranian disruptions, it would come at the expense of spare capacity. OPEC has about 3 mb/d of spare capacity, but Iran could lose nearly 1 mb/d if the U.S. succeeds. An outage elsewhere leaves little margin for error. “If you assume Iran exports don’t go to zero, and China continues to take some Iranian barrels, then yes the Gulf states should be able to replace them,” Olivier Jakob, managing director at consultants Petromatrix GmbH, said in a Bloomberg interview. “But you still come back to the fact that the spare capacity is gone.”
Poland and Germany suspend oil imports from Russia over quality concerns. Citing quality concerns, Germany and Poland temporarily suspended imports of oil from Russia. The suspension could have knock on legal effects, as buyers in Western Europe could open up lawsuits against Russian suppliers, Reuters reports.
Trump admin sides with Haftar. Bloomberg reports that President Trump indicated his support for the Libyan National Army’s (LNA) assault on Tripoli in a phone call with strongman Khalifa Haftar last week, reversing official U.S. policy of supporting the internationally-recognized government in Tripoli. Trump was apparently convinced to back Haftar after speaking with Egyptian President Abdel Fattah El-Sisi and Abu Dhabi Crown Prince Mohammed bin Zayed Al Nahyan, both of whom stressed Haftar’s importance in securing Libya’s oil fields.
China pulling back from Iran. Asian companies are beginning to pull back from Iran, fearing retaliation from U.S. sanctions, according to the Wall Street Journal. Iran had hoped that international companies, especially companies from China, would provide an economic lifeline after the U.S. withdrew from the nuclear deal. But many deals between Iran and China “are now dead in the water,” an adviser to a Chinese oil company in Iran told the WSJ. China may try to continue to import oil from Iran, defying U.S. sanctions, but Chinese companies are curtailing their exposure.
Musk: Tesla might need to raise cash. After two quarters of profits, Tesla (NASDAQ: TSLA) fell back into unprofitable territory in the first quarter. The EV manufacturer reported one of its worst losses in its history on Wednesday, and its available cash fell by more than 40 percent to $2.2 billion. Elon Musk suggested that the company may need to raise cash. Tesla reiterated its forecast of delivering 400,000 vehicles this year, and it hopes to return to profits in the third quarter.
Ford to invest $500 million in Tesla rival. Ford (NYSE: F) said it would invest $500 million in Rivian, an EV startup viewed as a Tesla rival. Rivian plans on manufacturing an electric pickup truck and SUV by the end of 2020. Amazon (NASDAQ: AMZN) invested $700 million in Rivian in February.
Anadarko subject of bidding war. Occidental Petroleum (NYSE: OXY) lodged a rival bid for Anadarko Petroleum (NYSE: APC), hoping to edge out Chevron’s (NYSE: CVX). But Chevron may up the ante to ensure it wins out. Occidental is offering $76 per share to Anadarko shareholders, a deal that would be valued at about $57 billion. That tops Chevron’s offer of $65 per share, or $50 billion. Anadarko seems to prefer Chevron despite Occidental’s stronger offer, and analysts believe that Chevron will prevail.
Shell announces major discovery in Gulf of Mexico. Royal Dutch Shell (NYSE: RDS.A) announced a major deepwater discovery in the Gulf of Mexico on Wednesday. The so-called Blacktip prospect is the company’s second significant discovery in the Perdido Corridor.
Oil majors expected to post disappointing results. Lower oil prices, weak LNG prices, and lower refinery margins could put a dent in the profits of the oil majors when they report first quarter earnings, according to Reuters. “We’re not looking for a great first quarter for the group,” Blake Fernandez, senior research analyst with Piper Jaffray & Co’s Simmons Energy, told Reuters. Total SA (NYSE: TOT) reported adjusted net income of $2.76 billion, down 4.3 percent from a year ago, but still viewed as a strong result with rising cash flow and higher oil and gas production. ExxonMobil (NYSE: XOM) said its profits in the first quarter were 50 percent lower than a year earlier.
Trump to delay offshore oil expansion until after election. The Trump administration will delay its proposal to open up much of the U.S. coastline to offshore exploration until after the 2020 presidential election. Drilling is widely opposed along the East and West Coasts, including in Republican-controlled states. Most notably, the Republican Governor Ron DeSantis in the battleground state of Florida has indicated that Trump’s reelection could be put into jeopardy if he pushes forward on opening Florida’s waters for drilling.
Chevron struggling to restore operations in Venezuela. Chevron (NYSE: CVX) is struggling to return its Petropiar oil upgrader, its largest joint venture in Venezuela, back to normal operations following the widespread blackout on chronic electricity outages in the country. Production at the facility fell by half from February to March, according to Bloomberg. Venezuela’s oil production plunged to just 732,000 bpd in March, with more losses expected. “We estimate a loss of 400,000 barrels due to the economic and electricity crisis,” Reinaldo Quintero, president of the Venezuelan Oil Chamber, told Bloomberg.
Trump considers lifting Jones Act. Bloomberg reports that President Trump is considering waiving Jones Act rules that require ships traveling between American ports must be U.S.-flagged ships. Waivers would allow Puerto Rico and the U.S. Northeast to import LNG from foreign-flagged ships. Because there are no Jones Act-compliant ships capable of moving LNG, Puerto Rico and New England have had to import LNG from abroad at a higher cost rather than from other parts of the U.S.