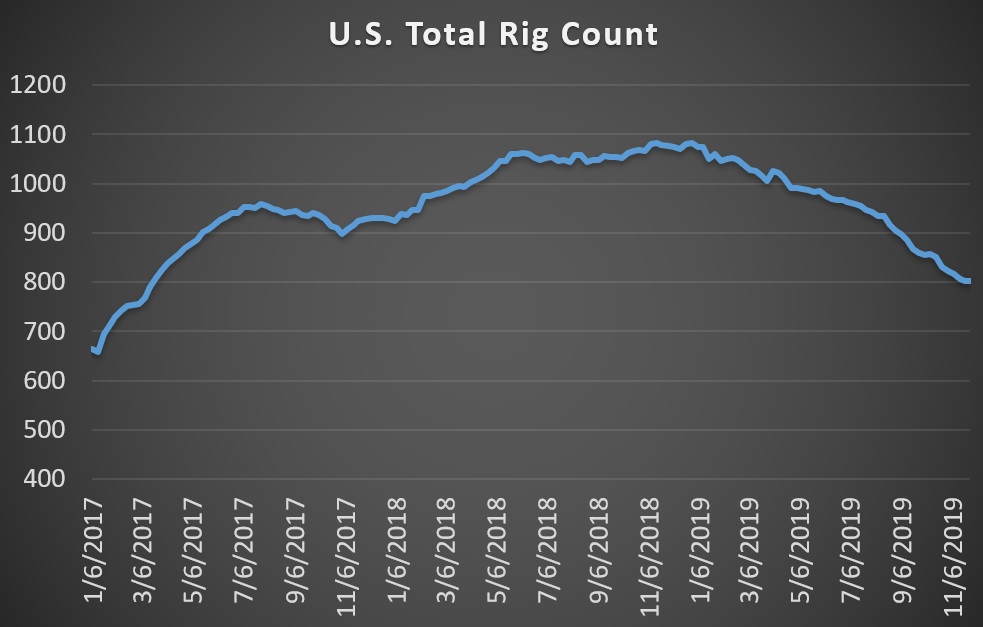 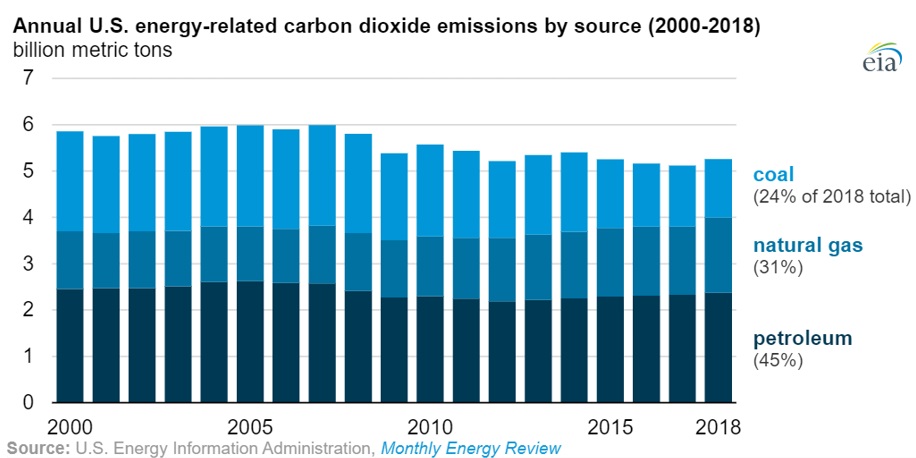 Broader financial markets saw some downward pressure on concerns of new trade conflicts, but oil markets are holding out some hope for deeper OPEC cuts. JP Morgan said that the group may increase the reductions from 1.2 to 1.5 mb/d.
Rumors of deeper OPEC+ cuts. The rumor mill says that OPEC+ may look at a deeper production cut in the neighborhood of 400,000 bpd, but with so many obstacles standing in the way, the odds still seem remote. Most analysts see an extension as the most likely outcome.
World on track for 3-5C warming. The world is on track for 3 to 5 degrees Celsius warming by the end of the century, a faster pace than previously thought, according to the World Meteorologic Organization.
Saudi Aramco on target for $1.6-$1.7 trillion IPO. Saudi Aramco attracted bids worth around $44.3 billion as of last Friday, putting it on track for a $1.6 to $1.7 trillion valuation. Most of the subscriptions come from Saudi investors, while major international investors have largely stayed away.
Russia-to-China pipeline to start up. The "Power of Siberia" pipeline is set to open on Tuesday, a long-distance, 3,000-km natural gas pipeline connecting Russia and China. The project was initially inked back in 2014, and the contract lasts for 30 years. The pipeline could knock out coal demand, as well as LNG imports, in China.
Coal consumption declines, but China builds more. Global coal consumption is set to fall this year, but China also has plans to build 121 GW of new coal-fired power plants and also open new mines, hurting global efforts to cut greenhouse gas emissions.
Iran rocked by protests. Iran said that 200,000 people took part in protests last week, arguably one of the biggest anti-government protests in decades. The protests were initially sparked by a hike in fuel prices, which itself was a symptom of the weakening economy, largely because of U.S. sanctions. The Wall Street Journal reports that Iran is in a deeper financial crisis than most analysts previously thought.
Iraq protests take another violent turn. Iraqi security forces reportedly killed at least 45 people on Thursday, after protesters burned an Iranian consulate. It was one of the bloodiest days since the protests began a month and a half ago.
Venezuela offers to pay transactions in China. In an effort to work around U.S. sanctions, PDVSA has reportedly offered to pay suppliers and contractors in yuan into accounts in China, according to Reuters.
Shale drillers cast doubt on growth forecasts. While the EIA and IEA, among others, predict strong U.S. oil production growth lasting through 2020, the drillers themselves are more pessimistic. "I can't remember another time when oil was $55 and the industry was in such shambles," Frank Lodzinksi, an industry veteran, told Bloomberg. There is a wide gap between the bullish and bearish forecasts for U.S. oil production growth for 2020, ranging from 1 mb/d down to almost nothing. OPEC+'s likely decision to extend cuts rather than deepen them suggests the group also sees U.S. shale slowing down.
Iran and Arab states inch towards "cold peace." Two years of a U.S.-backed "maximum pressure" campaign has only pushed the region closer towards war, with little sign that any strategic policy gain is close at hand. Meanwhile, the Abqaiq attack and the on-again, off-again interest from Washington has helped spark a rethink in Saudi Arabia and the UAE regarding its Iran posture. Now, there are signs of a quiet move towards diplomacy as a way of trying to reduce the threat of war, according to Bloomberg.
U.S. renewable energy to surpass coal by 2021. Electricity generation from renewable energy will surpass coal on an annual basis beginning in 2021, according to IEEFA. "The data clearly shows that this is happening already, and that there is no longer any reason to hesitate: renewables are surpassing coal," IEEFA wrote.
Hong Kong bill complicates trade war. President Trump signed into law a piece of legislation that supports protestors in Hong Kong, a move that could complicate trade negotiations with China.
New tariffs from U.S. President Trump threatened to slap 100 percent tariffs on $2.4 billion of French imports. He also announced steel tariffs on Brazil and Argentina, accusing the two countries of manipulating their currencies, a bizarre claim, particularly in the case of Argentina, where the government has scrambled to prop up the falling currency amid economic crisis.
Sverdrup at 350,000 bpd. Norway's new Johan Sverdrup offshore oil field has increased production to 350,000 bpd, according to Reuters.
Job losses in Permian. The Permian has lost about 400 jobs in the first 10 months of 2019 as drillers slow the pace of development. In 2018, the region added 16,700 jobs.
Repsol sets 2050 net-zero carbon target. Spanish oil company Repsol (BME: REP) set a 2050 target for net-zero emissions, arguably the boldest goal within the industry to date. The company aims to use clean energy for its refineries, add biofuels to its mix, cut flaring, and use offsets such as carbon-capture and tree planting. The company also plans to take a 4.8-billion-euro impairment charge in the fourth quarter on some of its oil assets.
Apache shares plunge on Suriname results. Apache (NYSE: APA) saw its shares plunge by more than 12 percent on Monday after the company's vague report on its offshore drilling operations in Suriname spooked investors.

Demand For Cobalt Set To Increase Exponentially In Next Decade