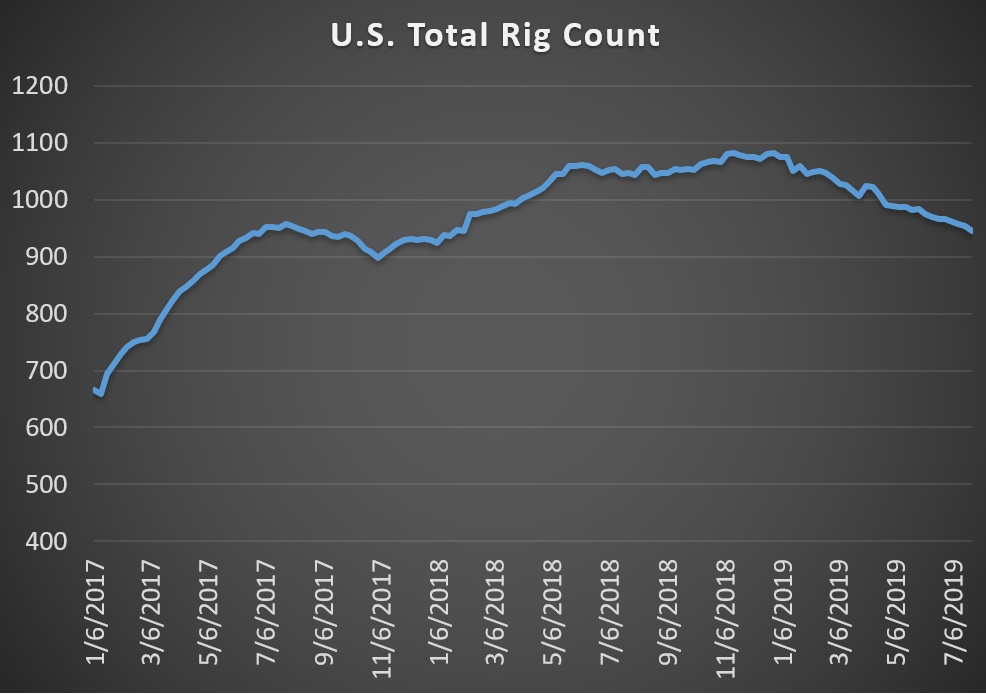 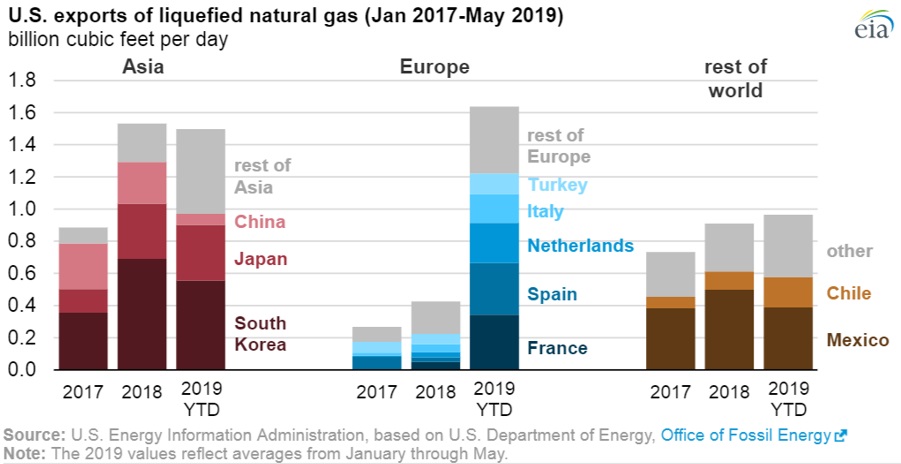 Tuesday July 30, 2019
Oil prices seem trapped between supply outages on the one hand, and fears of weak demand on the other. WTI and Brent moved up slightly in early trading on Tuesday.
Oil majors’ earnings week. The oil majors will report earnings this week. Total (NYSE: TOT) and Equinor (NYSE: EQNR) started things off a few days ago, reporting disappointing results. However, BP (NYSE: BP) beat analysts’ expectations on Tuesday. Royal Dutch Shell (NYSE: RDS.A) reports on Thursday, while Chevron (NYSE: CVX) and ExxonMobil (NYSE: XOM) report on Friday. As the Wall Street Journal reports, “The overriding challenge for large oil companies this period—and into the foreseeable future—will be how well they negotiate the transition to cleaner forms of energy and future-proof their businesses against changing public sentiment and policies that could add a surcharge on carbon emissions.”
Iran floating storage on the rise. As sanctions cut into Iranian oil exports, more oil is diverted into both onshore and floating storage. According to Kpler, storage has climbed above 110 million barrels.
Colorado proposes new regulations on oil and gas. Colorado Department of Public Health and Environment proposed new regulations on air pollution from the oil and gas industry. The rules would require mandatory inspections on leaks, close a loophole that allows companies to begin drilling without air permits, and an array of other regulations on emissions from pipelines, storage tanks and truck unloadings. “We’re going to reduce statewide emissions by 80% by 2030,” John Putnam, the state health department’s environmental programs director, said at a public meeting. “We’re still trying to figure out exactly how to get there. We cannot do it without regulating this oil and gas sector.”
Utilities step up spending amid shift away from coal. U.S. electric utilities are set to increase capital expenditures as they shut down coal and turn to other forms of generation, according to CFRA Equity Research. Spending for the S&P 1500 Electric Utilities Index could grow by 5.5 percent in 2019 and 4.5 percent in 2020.
Fed expected to cut rates. The U.S. Federal Reserve is widely expected to cut rates this week, which could keep the economic expansion going for a little while longer. Rate cuts are helping to put some upward pressure on crude.
Venezuela could lose Citgo. A U.S. appeals court ruled in favor of Crystallex International Corp. as it sought compensation for nationalized gold assets. The ruling could allow Crystallex to auction off shares in Citgo as a form of repayment. As a result, the U.S.-based refiner could be severed from PDVSA and Venezuela. However, to complicate matters, Citgo is pivotal to the strategy of Juan Guaidó in his attempt to take over power in Venezuela and rebuild the economy.
Alberta trims production curtailments. The provincial government in Alberta has loosened the mandatory production limits imposed earlier this year by another 25,000 bpd, the sixth consecutive month in which the limits have been lifted by that amount. WCS prices have strengthened this year. Increased rail traffic is helping ease the bottleneck.
Bakken might not need more pipelines. The CEO of Tallgrass Energy (NYSE: TGE) questioned whether the Bakken’s growth prospects warrant more pipeline additions. “I think the question everyone has to ask themselves is ... long-term, at $50/b-$60/b oil, will the Bakken become that 2 million-plus b/d market it needs to be, to support everything that is being talked about but not yet built?” David Dehaemers said, according to S&P Global Platts. “I don't think we've seen the answer to that.” North Dakota saw production rise to 1.39 mb/d in May, but production increases have slowed dramatically.
T. Boone Pickens ETF switches from oil to renewables. BP Capital Fund Advisors, a spinoff of a former hedge fund run by T. Boone Pickens, is shifting its focus from oil to renewables by mid-August, according to Bloomberg. BP Capital’s ETF, which has traded under the ticker BOON, has lost 20 percent over the last year, while the WilderHill Clean Energy Index – an index of large solar companies – has gained 19 percent, for instance. BP Capital’s ETF will soon trade under a new ticker, RENW, and will be made up companies that derive “significant revenue” from renewables.
China’s emissions may peak as soon as 2021. China’s greenhouse gas emissions may peak as soon as 2021, much sooner than the 2030 target China agreed to as part of the Paris Climate agreement. That is according to a new peer-reviewed paper, and if it comes to pass, it would have global implications since China is the largest emitter in the world.
Barclays: Drones could save oil industry $50 billion. A new report from Barclays estimates that the oil and gas industry could save $50 billion in costs from the expanded use of drones over the next five years.
EV funding in U.S. Senate bill. A massive $287 billion bipartisan transportation bill working its way through the U.S. Senate includes $3.5 billion in funding for projects that reduce emissions, including for EV infrastructure.
Oil could spike $15-$20 if Hormuz blocked. According to Rapidan Energy, Brent could spike by $15 to $20 per barrel if the Strait of Hormuz were blocked under for seven days. “We do believe that Iran has the capability to meaningfully disrupt tanker traffic for Hormuz for a significant period of time — days to weeks. And we believe that this is much longer than what the market sees at the moment,” Rapidan analyst Fernando Ferreira told S&P Global Platts’ Capitol Crude podcast.
Natural gas prices continue to fall. Natural gas prices in the U.S. have fallen to multi-year lows, putting the screws on shale gas drillers.