Oil markets are in limbo as the G20 conference takes place and OPEC+ prepares to meet in Vienna to discuss a possible production cut extension. 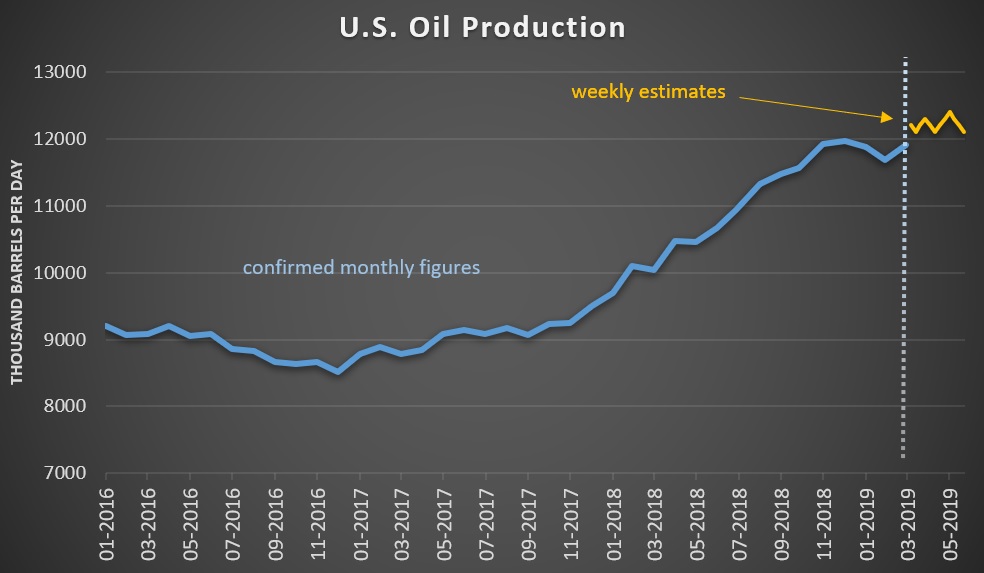 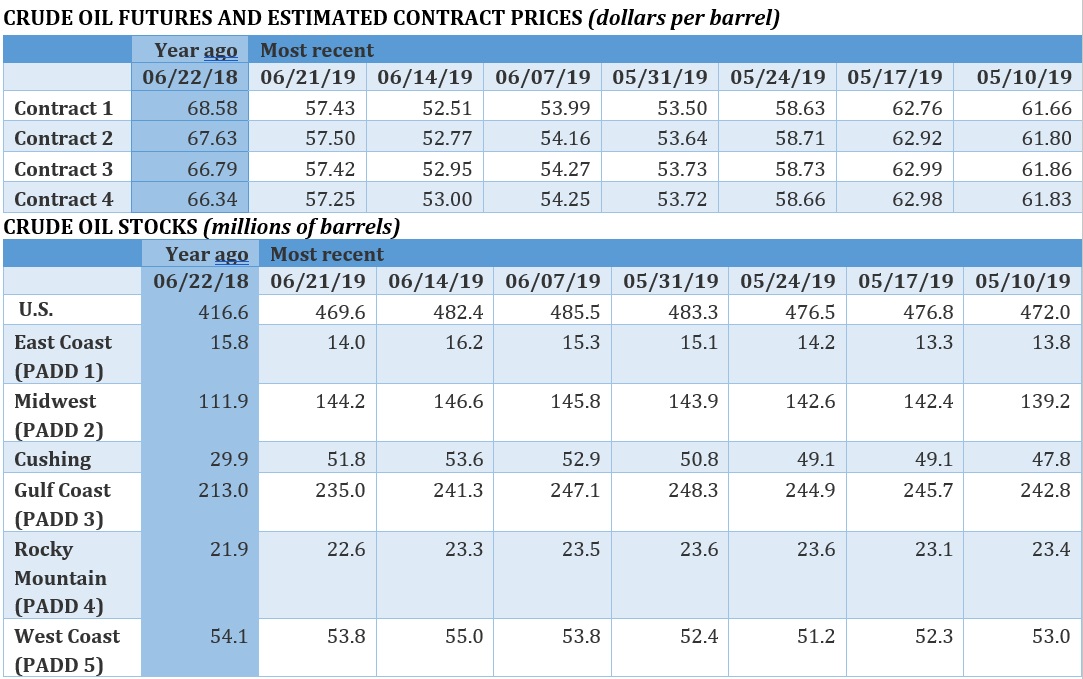 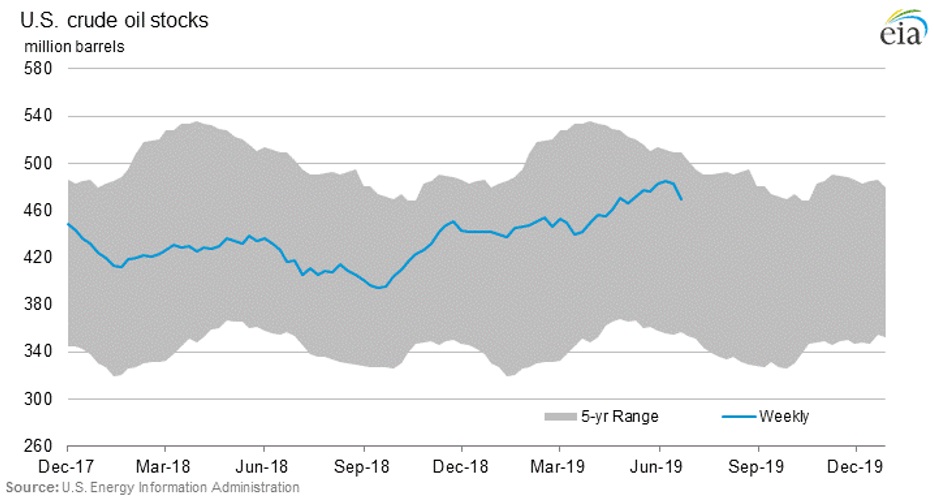 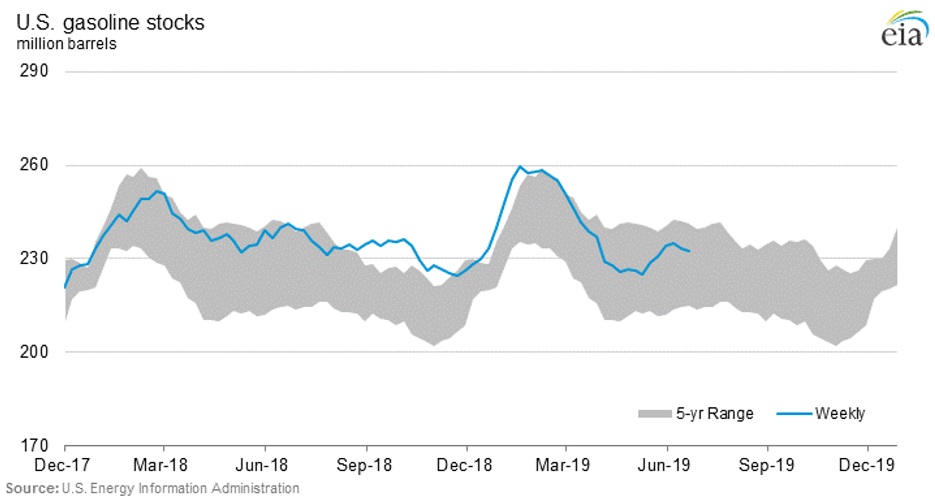 Oil prices moved higher at the end of this week, on the eve of a highly anticipated meeting between Donald Trump and Xi Jingping, which could result in a breakthrough in trade negotiations, an agreement to resume talks, or a collapse and subsequent increase in tariffs. On Monday, OPEC kicks off its meeting in Vienna. “The next few days will provide a much-needed dose of clarity for the oil balance over the coming months,” PVM’s Stephen Brannock said in a note. “Market bulls will be (hoping) that the G20 summit will provide a trade breakthrough ... All the while, the supply side of the oil coin continues to display bullish signals,” he added.
Europe sprinting to keep Iran on board. European governments will “double down” on efforts to keep economic ties alive with Iran, in an effort to keep the nuclear deal on life support, according to the Wall Street Journal. The EU has tried to develop a financing mechanism to circumvent U.S. sanctions but few foreign companies are willing to do business in Iran. Iran said that it would breach limits on uranium stockpiles as soon as this weekend. The last-ditch effort looks set to fail.
U.S. to assemble naval watch in Persian Gulf. The U.S. is hoping to enlist other nations in an effort to keep an eye on the Persian Gulf, according to the Wall Street Journal. The U.S. would contribute ships and aircraft but operational control would be headed by another nation. The plan aims to present deterrence to Iran, securing oil shipment lanes through the Strait of Hormuz.
Saudi investment to bring Russia on board. Saudi Arabia is set to invest $5 billion in Russia this year, and many analysts believe that Saudi investments are inducements to keep Russia on board with an extension of the OPEC+ production cut agreement.
Philadelphia refinery set to close. Philadelphia Energy Solutions may permanently shut down its damaged refinery, decimated from a series of explosions last week. PES may try to sell the complex as well.
Drillers use gas for electricity. Permian drillers are beginning to use some of their surplus gas to power their operations, a practice that will save on costs, reduce flaring and emissions, according to Bloomberg.
Kinder Morgan wins court decision for gas pipeline. Kinder Morgan won a court decision that will allow them to move forward with a natural gas pipeline, easing the company’s way to plan its own route and acquire land without a landowner’s consent.
ConocoPhillips: U.S. to lead global supply growth. The U.S. will be the dominant source of supply growth through the 2030s, according to ConocoPhillips (NYSE: COP). The company sees infrastructure bottlenecks having only a temporary impact on the sector, “but we don’t foresee those being permanent issues,” ConocoPhillips’ chief economist Helen Currie told S&P Global Platts. “There are plenty of projects along the Gulf Coast.”
Investors with $34 trillion urge climate change action. Investors managing more than $34 trillion in assets are demanding urgent action from governments at the G20 to address climate change, according to Reuters.
Renewables surpass coal. For the first time ever, renewable energy generated more electricity in the U.S. than coal on a monthly basis.
India looks for alternatives to Iran. Indian Oil Corp., a state-run company, is looking to replace 70 percent of its Iranian imports with crude from Saudi Arabia and the United States, according to S&P Global Platts.
Tesla aiming to reach sales target. Despite financial distress and investor scrutiny, Elon Musk said that Tesla (NASDAQ: TSLA) could reach its second quarter sales target if everyone goes “all out.” Tesla hopes to reach a record target of 90,700 units sold for the quarter.
Exxon to invest in carbon capture. With an eye on future carbon restrictions, ExxonMobil (NYSE: XOM) said on Thursday that it would invest in a new carbon-capture tech company, a joint venture with Global Thermostat, which has a pilot project in Alabama.
Canada explores fuel standards with California. Canada and California announced an agreement to harmonize fuel economy standards, bolstering California’s battle against the Trump administration’s effort to slash standards. Fearing a patchwork of markets, automakers have urged the White House not to gut the standards, to no avail. Instead, California will press ahead with its own standards, and Canada’s announcement to join expands the North American market for more fuel-efficient vehicles.
BASF to slash 6,000 jobs. BASF SE plans to cut 6,000 jobs worldwide in a sign of weakening demand for petrochemicals, according to Bloomberg.
Michigan sues to shut down Line 5. The state of Michigan has sued to shut down Enbridge’s (NYSE: ENB) aging Line 5 pipeline, a move that could disrupt a significant chunk of midstream capacity from Canada. The 540,000-bpd pipeline has been the subject of controversy due to its risk to water supply in Michigan. Enbridge wants to build a replacement, but has run into regulatory roadblocks in Michigan.

6.      The Tanker Attacks: A Storm In A Teacup – Oil Markets Refocus On Fundamentals

11.   Is Trump Reversing Course On Iran?

13.  OPEC plus Has Capacity to Offset Iran Crude Supply Cuts

Kenya joins the Group of Oil Producing Countries in Africa