Is The Oil Rally Coming To An End?

Oil prices are continuously rising despite the uncertainty surrounding COVID-19, with WTI nearing a two-month high on Friday morning
For further research, analysis and trade recommendations, make sure you read this morning's Global Energy Alert newsletter. From an analysis on Saudi Arabia's current economic crisis to the latest updates on COVID-19, it truly is a must-read. 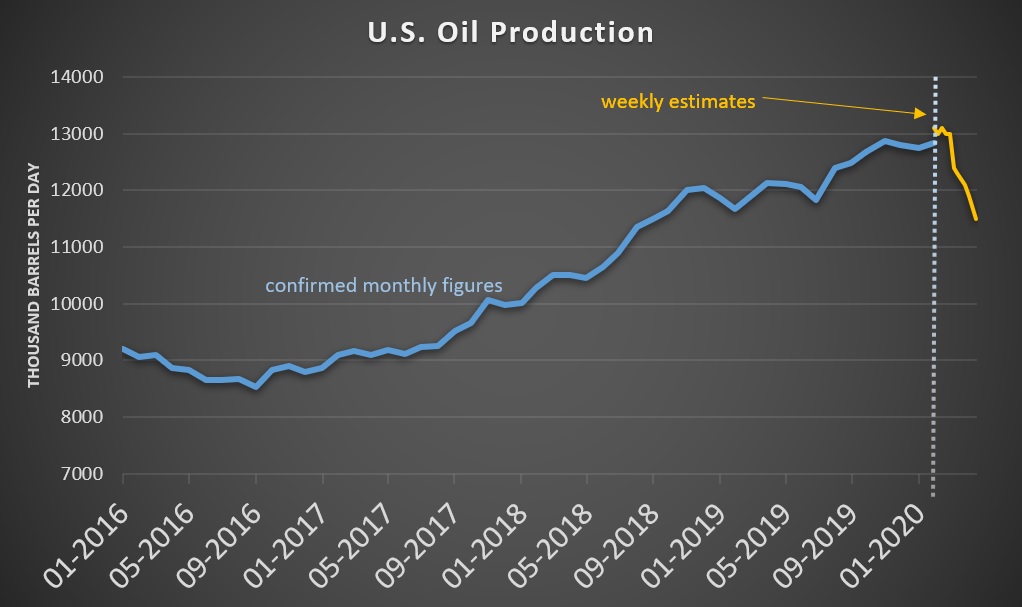 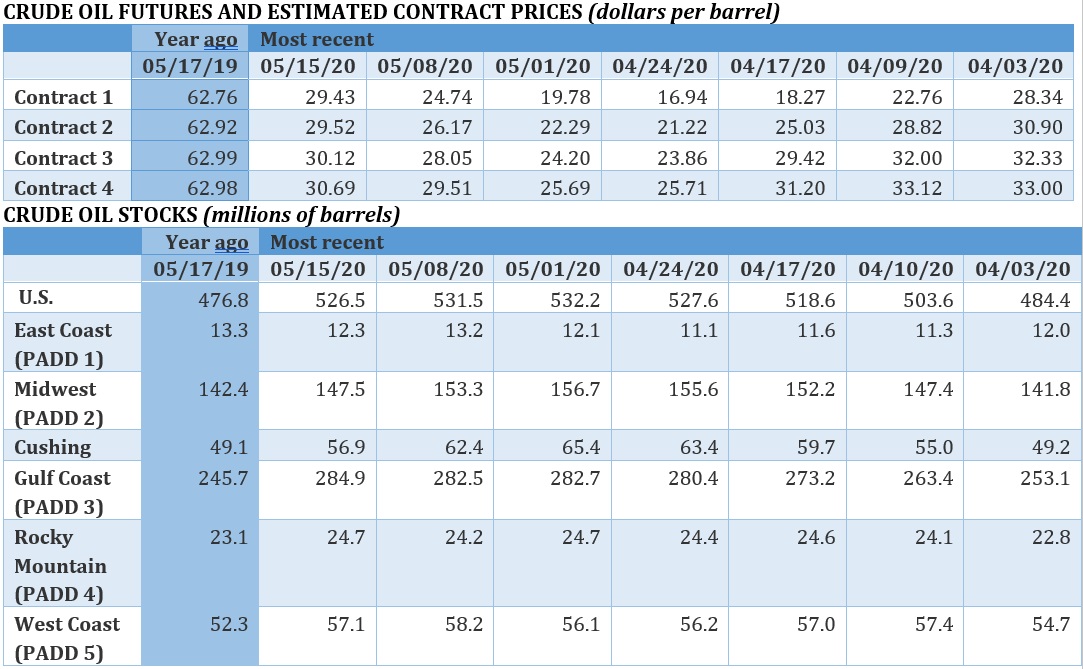 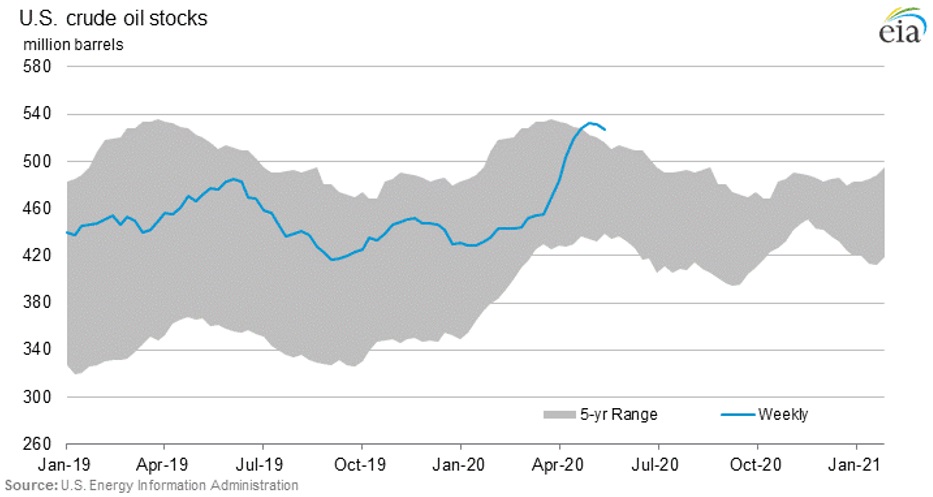 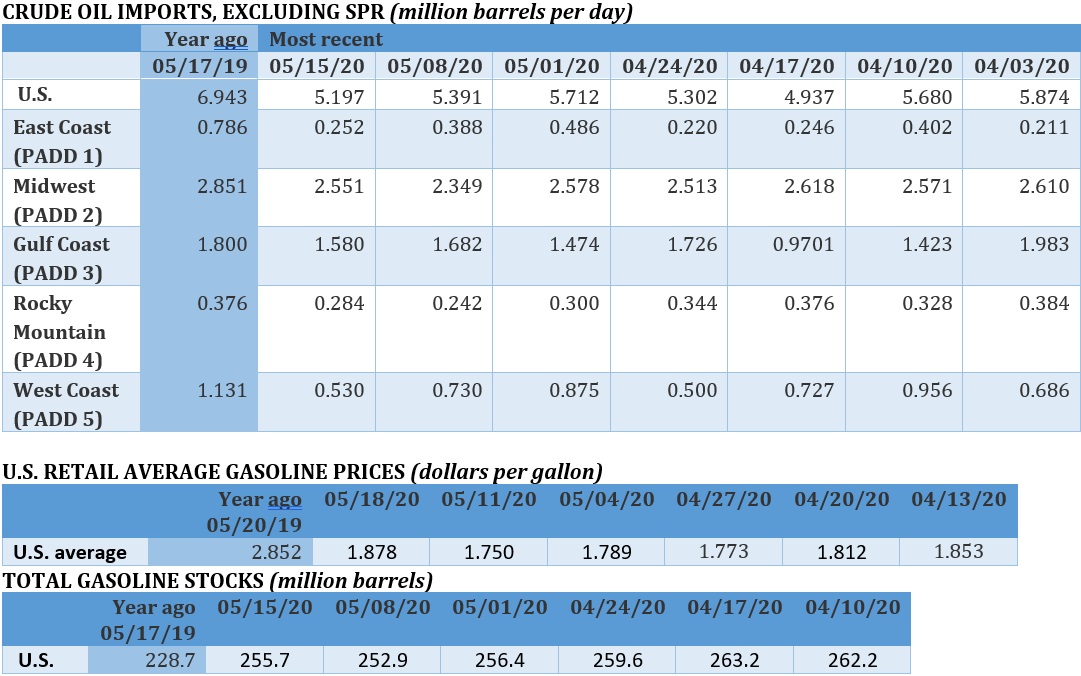 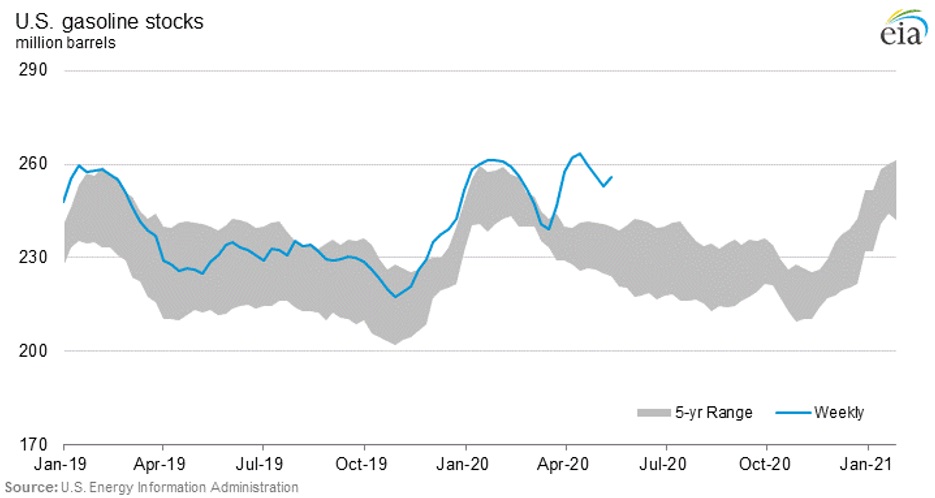 The long rally for oil prices came to a halt on Friday over fears about a slower-than-expected economic recovery in China. The Chinese government broke with tradition and declined to set a growth target for 2020 due to "great uncertainty." Markets were also disappointed with the tepid size of government stimulus from Beijing. Meanwhile, rising U.S.-China tension adds to the concerns.
China's oil imports to rise. Despite questions about economic growth, China's oil imports are set to rise by about 2 percent this year. In fact, China's oil demand is already back to about 90 percent of pre-pandemic levels.
Continental asks for regulated cuts. Continental Resources (NYSE: CLR) asked North Dakota regulators to order mandatory production cuts or flaring limits.
Tengiz oil field threatened by COVID outbreak. One of the world's largest oil fields may need to shut down because dozens of workers have been infected by the coronavirus. The Tengiz oil field, produces 500,000 bpd in Kazakhstan, faces a potential closure, the government said. Almost 950 workers at the site have tested positive. Chevron (NYSE: CVX) is the lead on the project.
Oil majors reduce clean energy deals. The oil majors only closed 3 renewable energy deals in the first quarter, compared to 17 in the same quarter a year earlier.
Shell evacuates Iraq staff. Royal Dutch Shell (NYSE: RDS.A) said that it evacuated around 60 foreign staff from Iraq's Basra Gas Company as a security precaution following a protest over pay.
Angola's oil exploration grinds to a halt. All international companies operating in Angola - Total (NYSE: TOT), Chevron (NYSE: CVX), ExxonMobil (NYSE: XOM), BP (NYSE: BP), and Eni (NYSE: E) - have idled or scrapped drilling rigs in the country, according to Reuters. "We have suspended all our drilling activities like all other operators in Angola," Total said in a statement. Total makes up half of Angola's output.
Argentina sets $45 oil price. The Argentine government fixed domestic oil prices at $45 per barrel in an attempt to prevent a collapse of its oil industry. The price would be voided if Brent moves above $45 for 10 days. The policy will last until the end of 2020, but there are questions about its efficacy. The collapse in demand means there is already a surplus, leaving little room for drillers to ramp up. Meanwhile, YPF (NYSE: YPF) said it would ditch plans to expand LNG exports from the country.
GM nears battery for 1 million miles. GM (NYSE: GM) said it was "almost there" in developing a battery for electric vehicles that could last for 1 million miles. The next-generation battery would use zero-cobalt electrodes.
IEA: renewables fall in 2020, rebound next year. The IEA said that renewable energy installations will decline by 13 percent compared to 2019 levels, but will rebound to pre-pandemic growth rates in 2021. At the same time, the pandemic will cut into coal, helping to speed the clean energy transition.
Shell plans voluntary job cuts. Royal Dutch Shell (NYSE: RDS.A) said it plans to offer voluntary severance for staff to cut costs.
Libya's war shifts against Haftar. The forces of the Government of National Accord (GNA) have overrun an air base near Tripoli, beating back the Libyan National Army. The move is a setback to the warlord Khalifa Haftar, and it could theoretically lead to the restart of some shuttered oil fields. However, the LNA still controls the main ports of the country. Libya is only exporting 90,000 bpd, down from 1.2 mb/d last year.
Poor oil states struggling to repay deals. Some poorer oil-producing countries that previously made oil prepayment deals - deals that consist of a payment of cash to the country, repaid by oil exports - are under serious pressure as they need to diver more oil to satisfy the terms of the deal. For instance, Kurdistan is struggling to repay a $500 million prepayment deal with Glencore (LON: GLEN).
Hedges lose advantage for shale drillers. Hedging future production is becoming less of an advantage for shale drillers. Oil prices are too low and also are more costly after a bout of volatility, including negative prices. "There has been a dearth of opportunities to hedge for 2021, and this is traditionally the time period when you lean into next year's hedging at more robust levels," Michael Tran, managing director of global energy strategy at RBC Capital Markets, told Bloomberg. Roughly half of U.S. producers tracked by Bloomberg have their production hedged for 2021. Still, the fact that some are still hedging demonstrates fears that prices could slide back below $30 per barrel next year.
Europe to unveil Green Deal. The European Union will unveil details on its Green Deal proposal next week, a $500 billion green stimulus package aimed at bolstering EVs, renewable energy and other clean energy initiatives.
U.S. LNG cancellations rise. About 45 LNG cargoes scheduled to be exported from U.S. ports in July have been canceled, according to S&P Global Platts. At least half of them are tied to Cheniere Energy's (NYSE: LNG) two Gulf Coast terminals.
Dallas Fed: U.S. economy doesn't benefit from low prices. A new study from the Dallas Federal Reserve found that the slide in oil prices has been negative for the U.S. economy, outweighing the benefits to the consumer from lower gasoline prices. The decline results in lower fixed-investment from the oil industry, and it also may put stress on the banking system.

DANGSUGAR Notifies of Board Meeting Resolutions