The oil price fall appears to have been halted, at least temporarily, by confirmation from Saudi Arabia that OPEC+ will almost certainly extend production cuts and news that Trump may hold off on Mexico Tariffs. 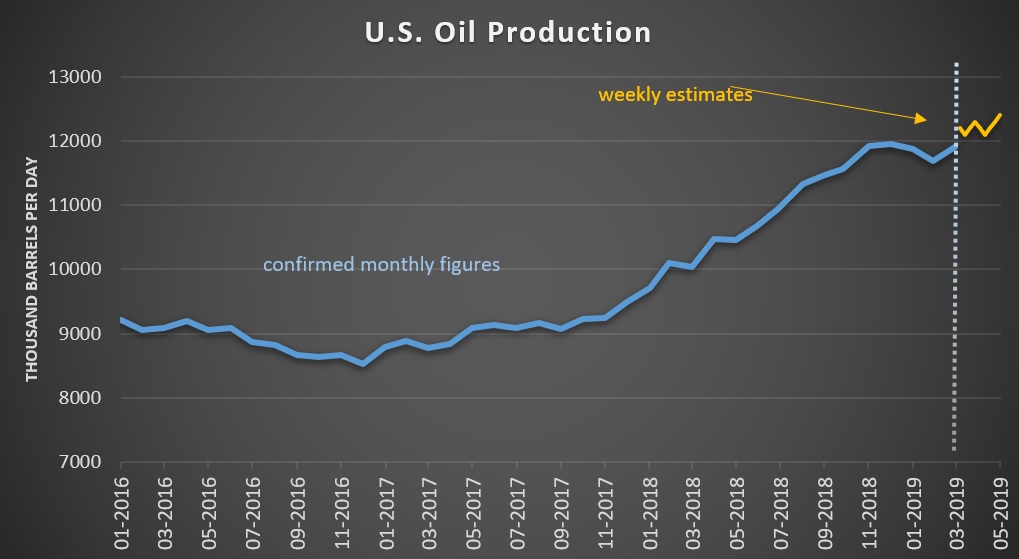 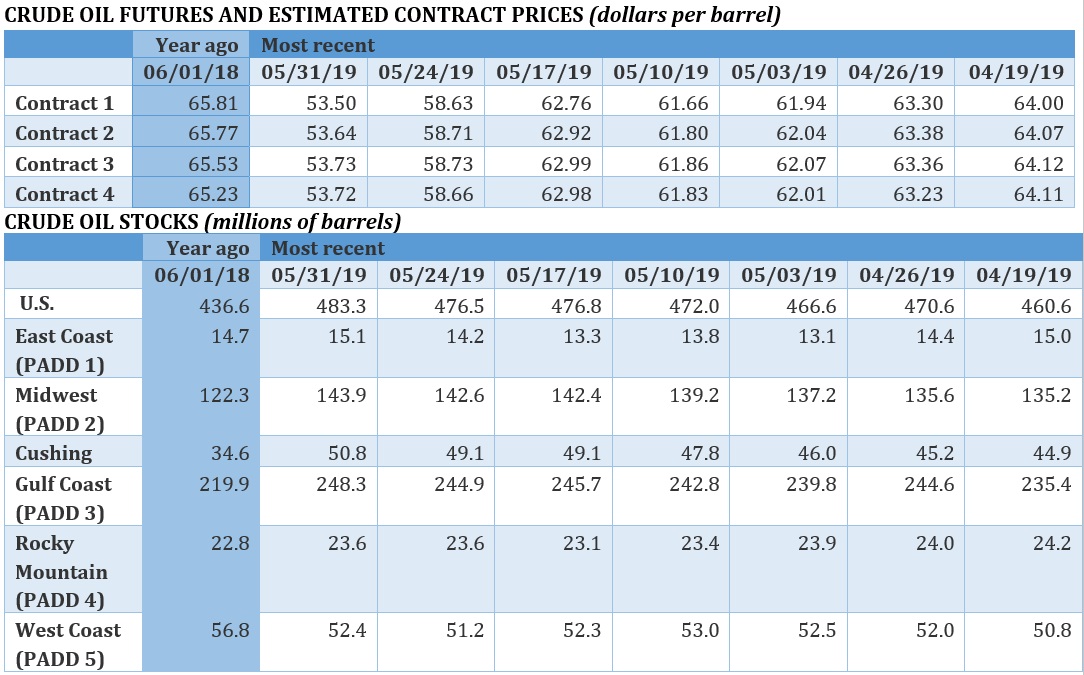 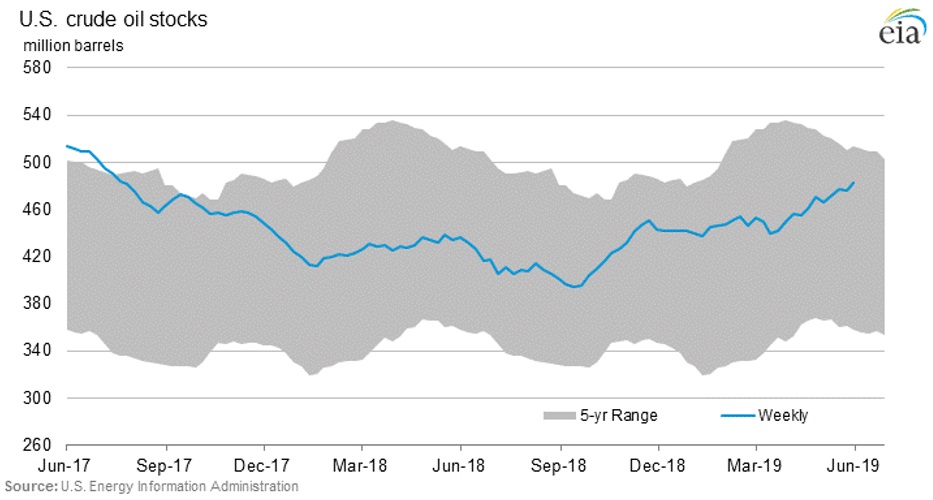 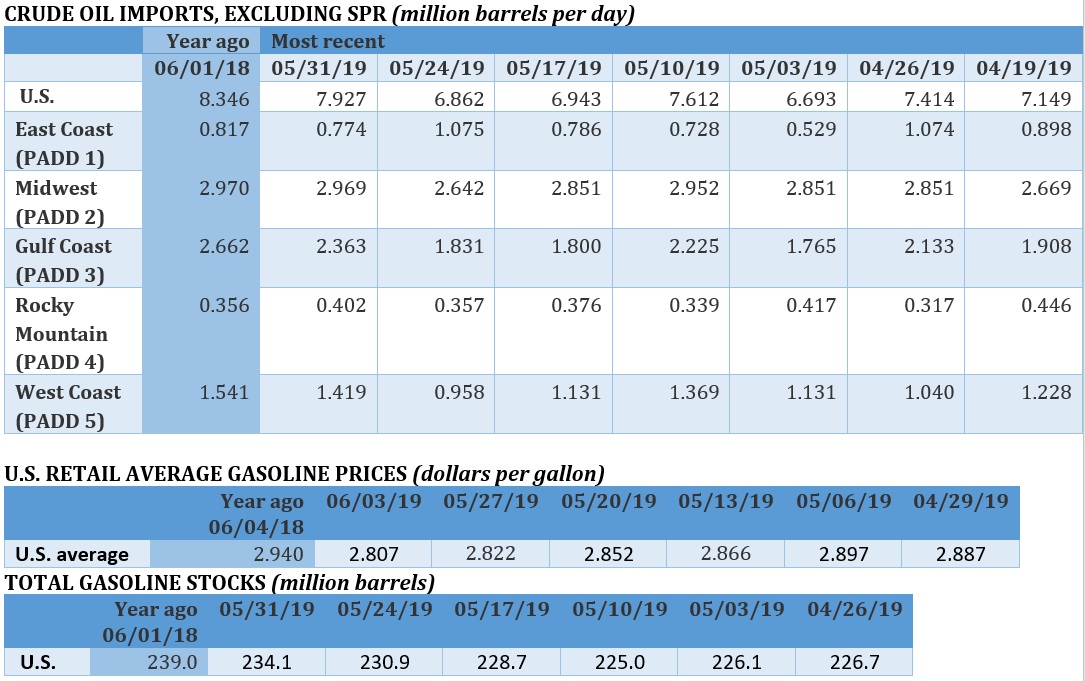 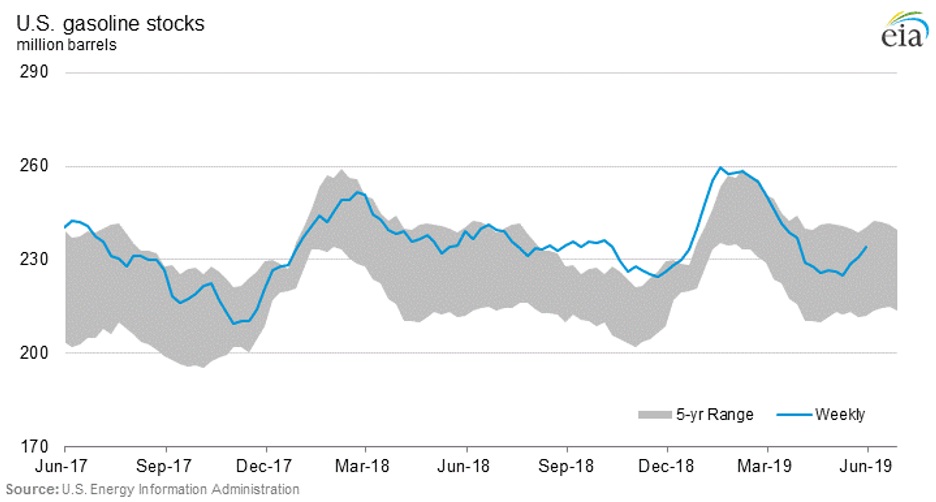 Oil prices showed some life at the end of this week on news that Saudi Arabia was holding firm on the OPEC+ cuts. Also, there are some glimmers of hope that the Trump administration won’t move forward on its proposed trade war with Mexico.
Automakers warn Trump on emissions deregulation. The world’s largest automakers warned the Trump administration that its effort to water-down fuel economy standards for cars and trucks would create “untenable” instability in the manufacturing sector and slash profits for the automotive sector. In a letter signed by 17 car companies, including Ford (NYSE: F) and GM (NYSE: GM), they urged the administration not to move forward with a plan to roll back fuel economy standards. In particular, because California would continue to enforce its own standards, the nationwide fuel economy standards would give way to a patchwork across various states, something the auto industry desperately wants to avoid.
Saudi Arabia affirms plans to extend cuts. Saudi oil minister Khalid al-Falih said that an OPEC+ extension was all but certain. “I don’t think the question is at all whether we will extend or not,” he said at a conference in St. Petersburg. “A rollover is almost in the bag for OPEC. The question is to calibrate with non-OPEC if there needs to be an adjustment from the first half.” His comments were the strongest signal yet that the group would extend the production cuts for the rest of the year.
Putin fine with $60 oil. Russia had been itching to get out of the OPEC+ cuts a few weeks ago, but now appears willing to go along with an extension after the slide in prices. But Russian President Vladimir Putin said that oil between $60 and $65 is “quite satisfactory.”
Keystone XL construction can begin. A panel of federal judges ruled on Thursday that construction on the Keystone XL pipeline can proceed. “We are pleased with the ruling,” a spokesman from TC Energy (NYSE: TRP), formerly TransCanada, said in a statement. “We look forward to advancing the project.” The pipeline is not out of the woods yet; it still faces legal challenges elsewhere.
IEA: Natural gas demand to rise 10 percent over next 5 years. The IEA highlighted the growing importance of natural gas around the world in a new report, estimating that global demand would rise by 10 percent over the next five years. Roughly 40 percent of that would come from China.
West Virginia court hits shale drillers. A ruling from the West Virginia Supreme Court of Appeals sided with landowners in an important case over drilling. The court said that drillers cannot use their holdings on one tract of land to extract oil and gas from an adjacent tract. “Using the surface to extract minerals elsewhere, without the permission of the surface owner, is a trespass,” Supreme Court of Appeals Justice John Hutchison wrote in a Wednesday opinion. “Should the mineral owner or lessee want to utilize the surface to access minerals under neighboring land, they can certainly reach a separate agreement with the surface owner.” The landowners sued EQT (NYSE: EQT), one of the largest shale gas producers in the country, for illegally trespassing on their land.
Michael Bloomberg to donate $500 million to kill coal. Former New York City Mayor Michael Bloomberg will donate another $500 million to help kill off coal. Under a new campaign dubbed Beyond Carbon, the effort will focus at the state and local level to shut down coal-fired power plants.
Toyota aims for half EV sales by 2025. Toyota plans an aggressive push on electric vehicles, aiming to get half of its global sales from EVs by 2025, five years earlier than its previous target. Because of a need for more battery capacity, Toyota will partner with China’s Contemporary Amperex Technology Co Ltd (CATL) and the Chinese EV maker BYD Co for battery procurement, according to Reuters.
Colorado to establish zero-emission vehicle rule. Automakers wanted a voluntary target, but Colorado regulators are set to establish a zero-emissions vehicle (ZEV) rule, which will take effect beginning in 2022.
Gulf Coast oil imports hit 33-year low. Oil imports in March at the Gulf Coast fell to their lowest level since 1986. Imports averaged 1.8 mb/d in March, down from a peak of 6.6 mb/d in March 2007. Higher production combined with sanctions on Venezuela and a period of refinery maintenance helped trim imports.
Discounts for Permian oil. Growth in supply in the Permian is coming from lighter and lighter types of oil, creating a mismatch between supplies and refining capabilities. As a result, there is a sort of three-tiered system emerging – West Texas Intermediate (WTI), West Texas Light (WTL) and a newer so-called West Texas Condensate (WTC). But as the stream becomes lighter, discounts are becoming more pronounced.
U.S. pushing for Eastern Med gas. According to McClatchy, the U.S. government sees the promotion of natural gas production and related infrastructure in the Eastern Mediterranean as a key effort in tying countries in the region together and promoting peace. It’s a continuation of an Obama-era foreign policy objective. But the effort has also led to conflict.
Trump tariffs anger oil industry. The oil industry launched an aggressive lobbying effort in Washington to convince the Trump administration not to move forward with tariffs on Mexico. The tariffs would increase costs on the roughly 712,000 barrels of oil and products imported from Mexico each day. The danger is particularly pronounced for Gulf Coast refiners who import Mexico’s heavy Maya blend, including Royal Dutch Shell (NYSE: RDS.A), Valero Energy (NYSE: VLO) and Chevron (NYSE: CVX).
Venezuela’s oil exports plunge by 17 percent in May. Venezuela’s oil exports fell to 875,000 bpd in May, down another 17 percent, according to Reuters.
Permian gas flaring hits new record. Gas flaring in the Permian hit a record high, averaging 661 MMCfd in the first quarter.

5.      OPEC plus Has Capacity to Offset Iran Crude Supply Cuts

12.  Sahara Energy, Brooge Petroleum Partner To Build Up To 250,000bpd Refinery In Fujairah