The shooting down of a U.S. drone over Iran has led to the most serious escalation of the U.S.-Iran conflict yet, with oil prices soaring by more than 5 percent on Thursday. 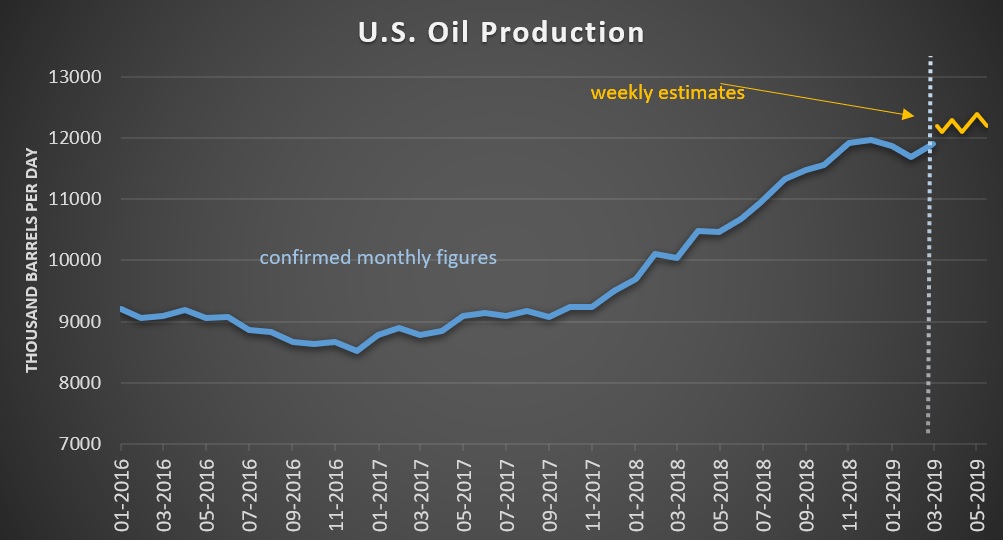 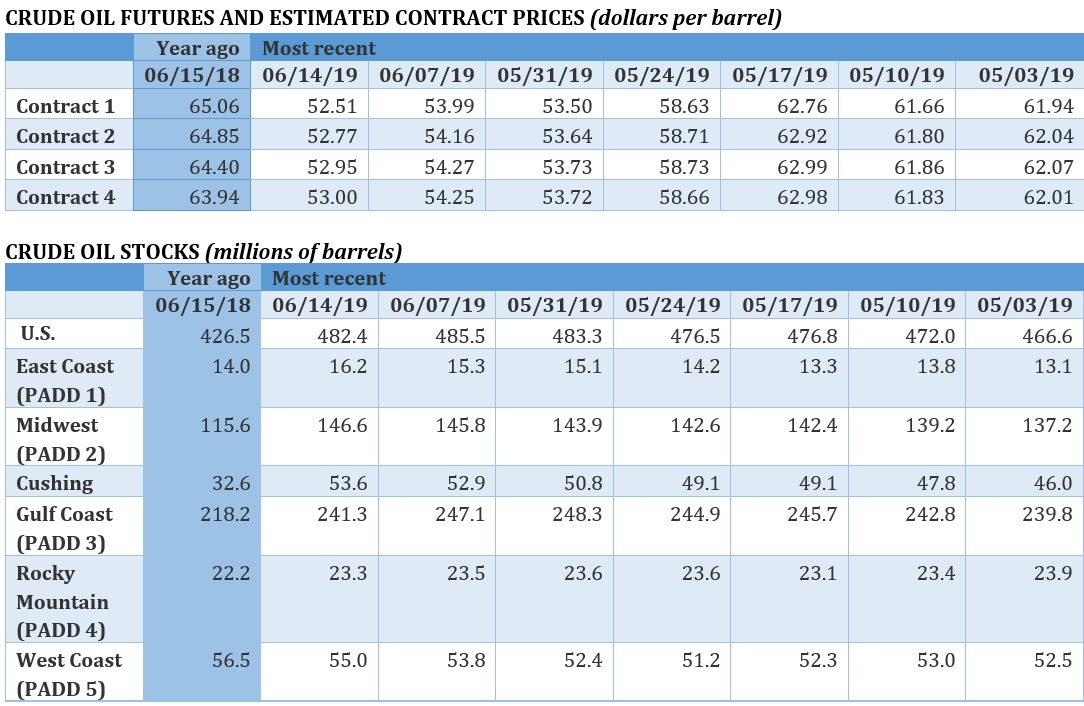 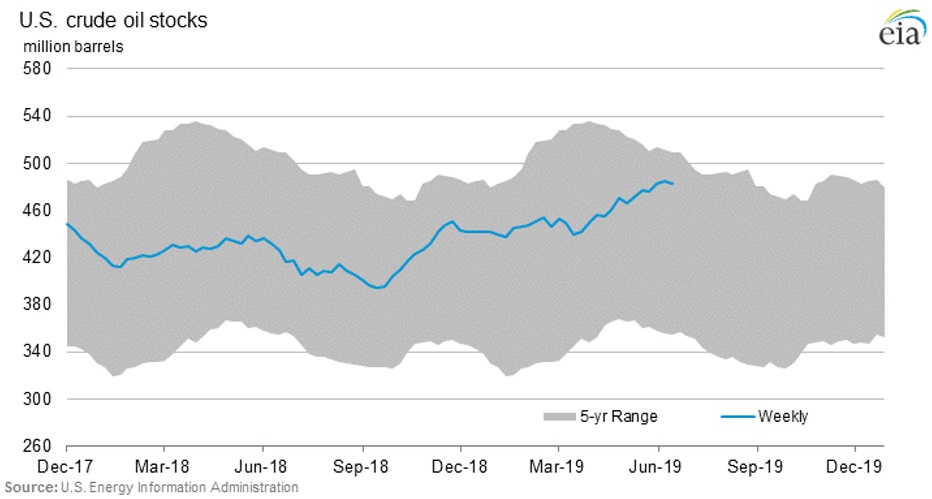 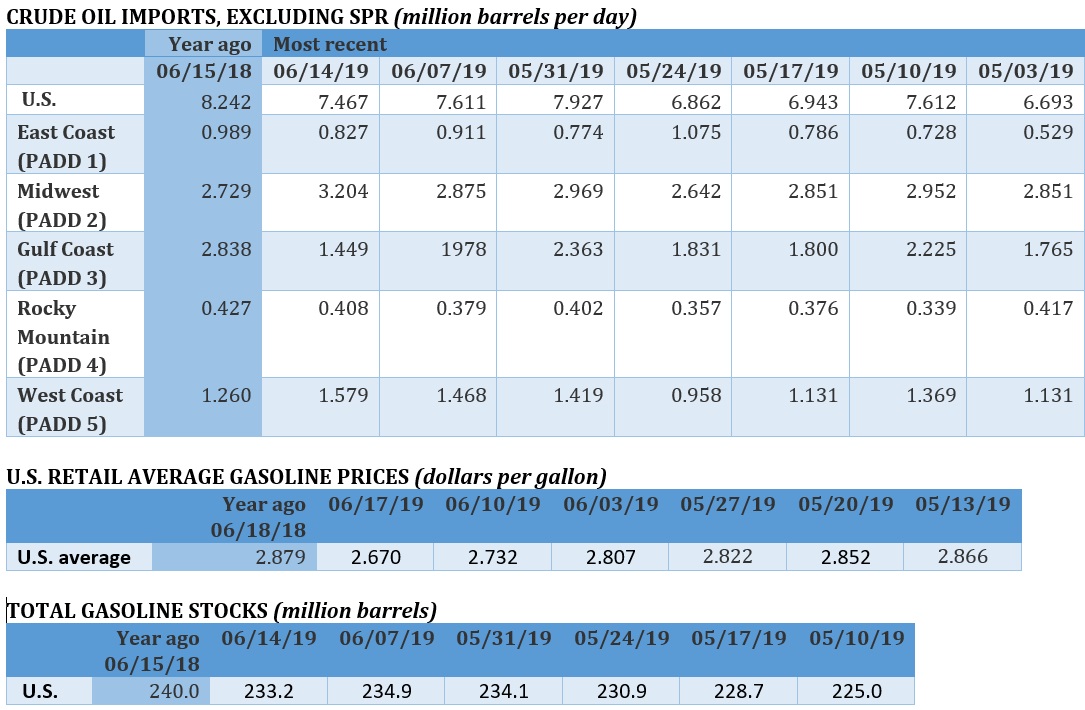 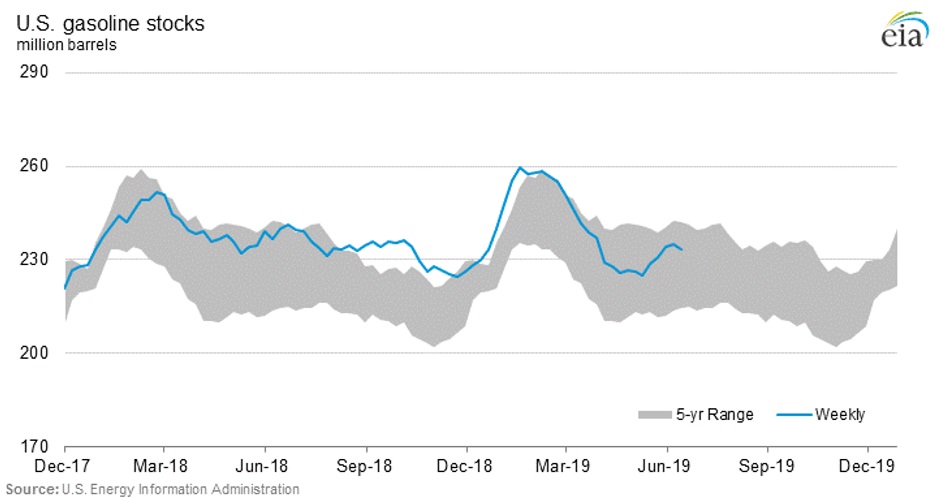 Oil prices spiked by roughly 5 percent on Thursday as the U.S. considered a military strike against Iran. Late Thursday, the U.S. military appeared poised to carry out such a strike, but the operation was called off at the last minute. Reuters reported that Trump may have relayed a message to Iran through Omani intermediaries that he wanted to open negotiations. Trump tweeted early Friday morning that he called off the strike because it would not be proportional to the shooting down of an unmanned drone. “I am in no hurry, our Military is rebuilt, new, and ready to go, by far the best in the world. Sanctions are biting & more added last night. Iran can NEVER have Nuclear Weapons, not against the USA, and not against the WORLD!,” Trump tweeted.
Region on high alert. Iranian sources told Reuters that the Supreme Leader was opposed to negotiations, but that they would relay the message to him. They also said that any attack would have regional and international consequences. “There is no doubt that a severe disruption to the transit of oil through this vulnerable route would be extremely serious,” said consultancy FGE Energy in a note. Oil prices were set for their largest weekly gain since February, rising more than 5 percent. “Though the action was halted at the last minute, the situation is unlikely to calm down anytime soon, especially given Iran’s announcement that it will breach the limit on its stockpile of enriched uranium, which was set by the nuclear agreement in 2015, already next week,” Commerzbank wrote in a note.
Exxon’s $53 billion investment in Iraq hits snag. ExxonMobil (NYSE: XOM) may wait on its $53 billion investment in Iraq that was announced a few weeks ago, as it has been held up by contract negotiations with Baghdad, as well as the security situation in southern Iraq, according to Reuters. Exxon wants to recoup development costs, something the Iraqi government says will encroach on state ownership.
OPEC to keep production flat in July. Gulf oil producers will keep output within the limits of the production cut agreement in July, despite the deal slated for expiration at the end of this month, according to Reuters. The plans suggest that the cuts are likely to be extended. “All the talk now is about an extension of the same cuts, or a rollover, until the end of the year,” one OPEC source told Reuters.
Oil industry wants Trump not to put tariffs on drilling material. U.S. tariffs on China could affect a key material used in oil and gas drilling. The industry is lobbying the Trump administration not to put tariffs on barite, which is used in drilling mud. Roughly 40 percent of the 2.3 million tons used annually comes from China.
Chevron-Phillips 66 JV to pay $15 billion for chemical company. Chevron Phillips Chemical Company, a joint venture between Chevron (NYSE: CVX) and Phillips 66 (NYSE: PSX), has offered to buy Nova Chemicals Corp. for more than $15 billion. The company produces polystyrene and resins used in wide range of industries.
New York passes historic climate bill. The state of New York just passed one of the most ambitious climate bills in the world. It aims to reach net-zero emissions by 2050, a plan that encompasses zeroing out emissions from the transportation sector, including phasing out gasoline cars. The European Union is considering a similarly ambitious proposal.
Explosion and fire at Philly refinery. A major explosion and fire ripped through a refinery in South Philadelphia on Friday, owned by Philadelphia Energy Solutions. “Any shortage ahead of the peak of the summer driving season does not bode well for U.S. consumer pocketbooks,” Joe Brusuelas, Chief Economist at RSM US LLP, said on Twitter. “The video of the early morning explosion is horrific.” The refinery processes 335,000 bpd of oil, and is the main supplier of gasoline to the New York Harbor market. At the time of this writing, the extent of the damage and the impact on operations was unclear.
Anadarko greenlights $20 billion LNG project in Mozambique. Anadarko Petroleum (NYSE: APC) approved the construction of a $20 billion LNG export project in Mozambique, the largest of its kind in Africa.
Eni rejected oil cargo over Iran ties. Eni (NYSE: E) reportedly rejected a cargo of suspected Iranian crude, a shipment that was destined for a refinery in Sicily. The shipment came from a Nigerian oil trading company, highlighting the difficulty in tracking illicit shipments.
Federal Reserve softens tone. The U.S. Federal Reserve laid out a more dovish position this week on monetary policy, raising hopes of an interest rate cut as soon as next month. The more accommodating position helped boost oil prices.
Texas regulators may look at flaring. Natural gas flaring has soared in Texas, but regulators are coming under pressure to take action. The Texas Railroad Commission has done very little to stand in the way of skyrocketing rates of flaring, but according to E&E news, it recently challenged the wisdom of flaring in a request by an oil driller.
Putin says sanctions cost Russian $50 billion. Russian President Vladimir Putin said that international sanctions since 2014 have cost the Russian economy $50 billion.
Deepwater investment on the rise. Total global upstream investment is expected to rise for a third year in a row, although at a slow rate. Deepwater investment is rising more quickly, with capex expected to hit $80 billion, up from just $20 billion last year, according to Wood Mackenzie. In 2014, project breakevens were $79 per barrel, which has declined to just $50 per barrel today.

4.      The Tanker Attacks: A Storm In A Teacup – Oil Markets Refocus On Fundamentals

11.   OPEC plus Has Capacity to Offset Iran Crude Supply Cuts

Funeral Insurance – Bridging The Divide Between Culture and Financial Planning