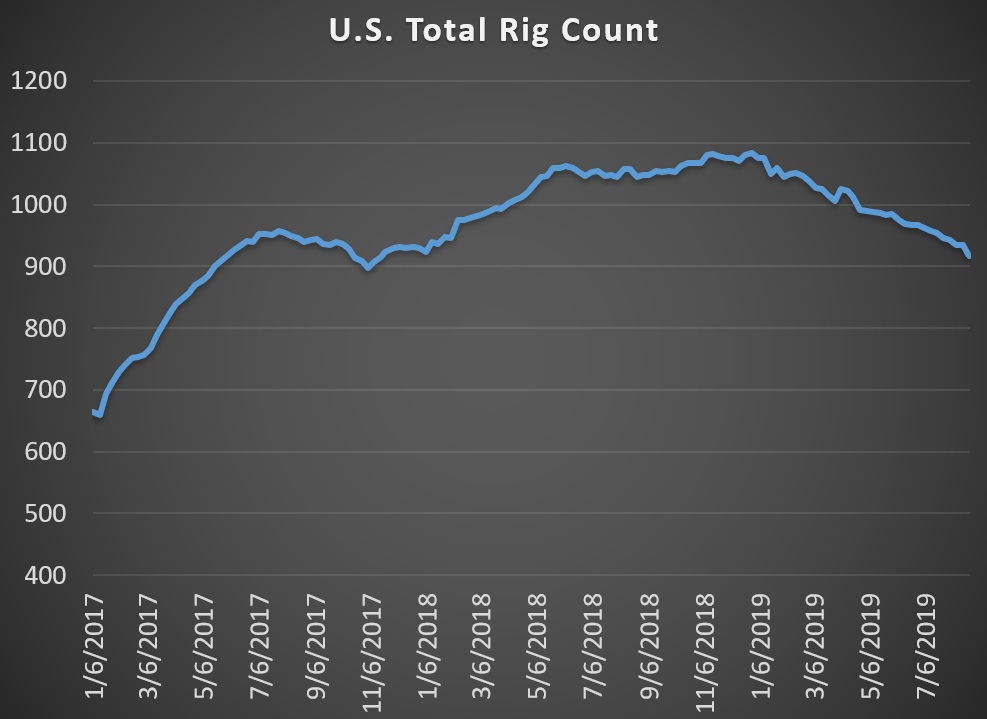 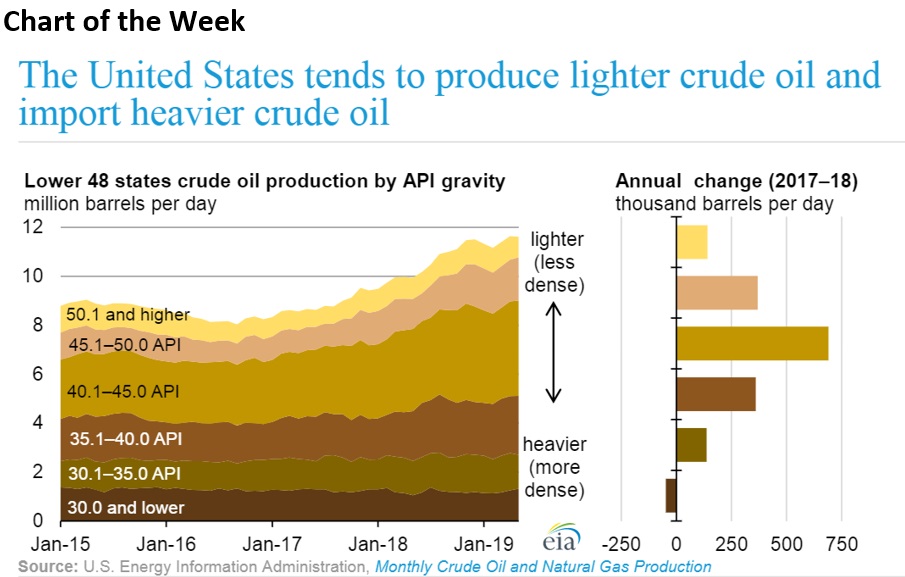 Mixed messages from President Trump at the G-7 summit in France have left investors guessing on what happens next regarding the trade war. Shifting from a hard line to a more conciliatory and upbeat note, Trump sowed confusion as higher tariffs are days away from taking effect. But with the two leaders trapped in a cycle of escalation, there is little face-saving room for a deal at this point. "The likelihood of any sort of sustainable deal was already a long-shot a week ago. And now the political terrain on which you could create a deal is just so infinitesimal," Jude Blanchette, a China expert at the Center for Strategic and International Studies, told Bloomberg.
Trump to meet with Rouhani? The G-7 summit produced very few deliverables, but one interesting development was the possibility that Trump would meet with Iranian President Hassan Rouhani. French President Emmanuel Macron invited Iranian foreign minister Javad Zarif to the summit, and also angled to convince Trump to negotiate with Iran. Trump suggested he was open to the idea even as he was non-committal, while the Iranian side said that a future meeting depended on the removal of sanctions. The idea appears likely to go nowhere, but the atmosphere is notably different from two months ago, when Trump was on the verge of launching a military strike.
Weak yuan raises risks for oil. While financial markets were left confused but hopeful after Trump's seemingly softer line regarding China, the fact is that tariffs are set to rise next week. Also, China's currency has weakened further, dropping to its weakest point since prior to the 2008 financial crisis. That will put deeper pressure on emerging market currencies, which could slow oil demand and prompt central banks to take more aggressive action to cut interest rates.
Mexico nears deal on gas pipeline. The Mexican government has reached a preliminary agreement with private companies that could result in the startup of the South Texas-Tuxpan marine gas pipeline. The project was completed in June but gas flows have been stalled due to disagreements over pricing. The pipeline could increase gas flows in Mexico by 40 percent.
Iran said oil sold from pursued tanker. Iran said that the 2.1 million barrels of oil aboard the closely watched tanker in the Mediterranean has been sold, although it did not disclose the buyer.
PDC Energy to buy SRC Energy for $971 million. Oil producer PDC Energy (NASDAQ: PDCE) agreed to buy SRC Energy (NYSEAMERICAN: SRCI) for $971 million in an all-stock deal. The combined company will hold 182,000 net acres in the DJ Basin and 36,000 net acres in the Permian Delaware.
Oil pipeline vandalism in Nigeria soars 77%. The Nigerian National Petroleum Corporation (NNPC) said that vandalism on its pipeline infrastructure soared 77 percent in June. An estimated 106 individual points were breached, up from 60 in May.
Iraq works to cut electricity dependence on Iran. Under pressure from the U.S. government, Iraq is trying to reduce its dependence on Iran for electricity. Iraq has received a rare exemption from U.S. sanctions on Iran because it needs to import electricity to meet about 30 to 40 percent of its needs. In the past nine months, Iraq has increased domestic power generation by about 3.5 GW, and is also looking to import electricity from other neighbors, according to the Wall Street Journal. The situation presents another vulnerability for Iran.
Trade war could lead to LNG delays. The U.S.-China trade war could result in delayed final investment decisions on new LNG export projects. "We see delays as likely given current pricing headwinds, no resolution yet on the U.S.-China trade war, and minimal contract announcements in recent months," BofA analysts wrote in a recent note.
Margins for heavy fuel oil shrink. Looming IMO regulations on high-sulfur fuel are cutting into prices for heavy oil. Heavier oils had traded at a premium over the past year, largely due to outages in Venezuela, Iran, declining production in Mexico and pipeline bottlenecks in Canada.
Germany looks to add LNG import terminals. Germany is expected to add four LNG import terminals over the next four years, which could expand the market for U.S. exporters.
Technip to split into two companies. Franco-American oilfield services firm TechnipFMC PLC (NYSE: FTI) announced plans to split into two companies, spinning off its engineering unit from its oil and gas unit. The spinoff comes three years after Technip merged with FMC Technologies.
Energy sector worst performing in last decade. Energy stocks have been the worst-performing sector in the S&P 500 over the last year - and the last decade as well. Lately, independent shale E&Ps have fared the worst, while integrated oil majors have done a bit better, although they all still badly trail broader non-energy equities.
Trump scrambles for ethanol fix. Facing a growing backlash from American farmers already reeling from the trade war and a series of waivers to oil refiners for ethanol requirements, the Trump administration is casting about for a way to help ethanol producers. One idea is to boost blending mandates, but as Reuters reports, the surplus of ethanol credits could blunt the intended impact.

1.       Electric Vehicles Will Win Big In A Recession

9.      Oil Price Risk Has Shifted To The Downside

Nigerian Corporate Executive Pay Revisited: The Need For A Shave