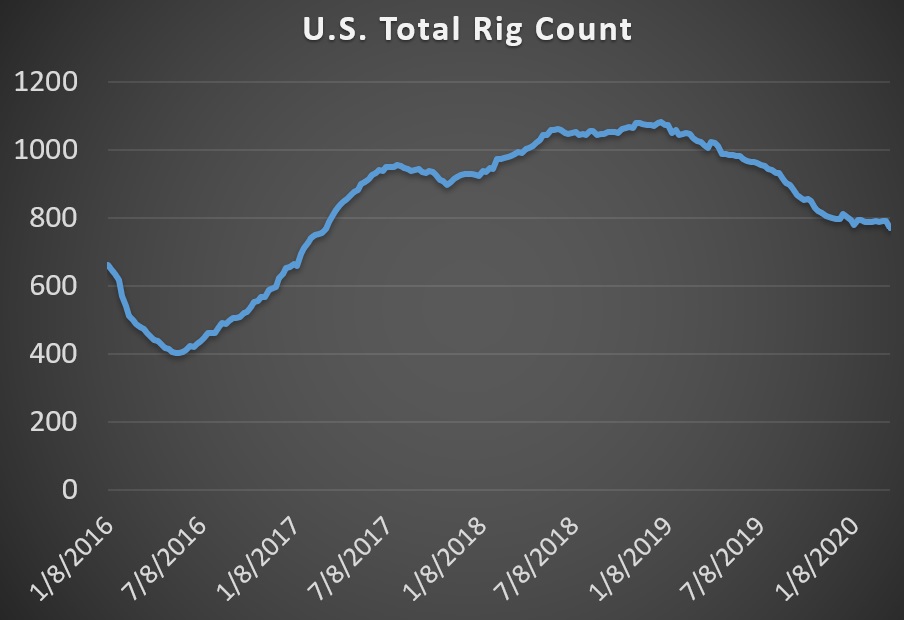 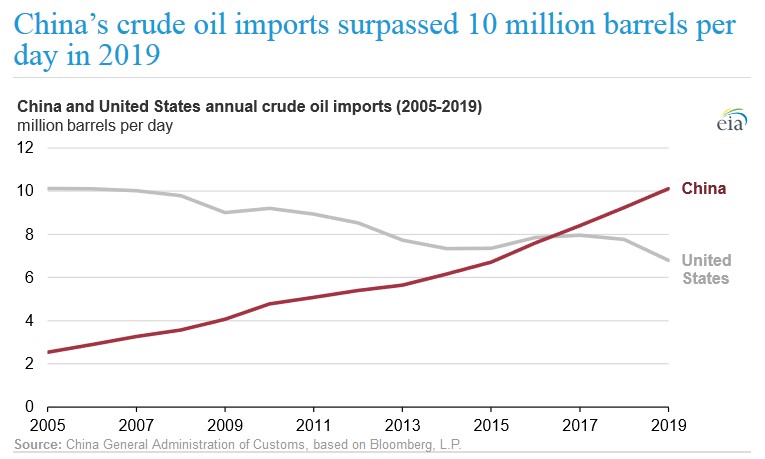 Tuesday, March 24, 2020
Stocks jumped at the start of Tuesday trading due to progress in Washington on a stimulus package, and also on some glimmers of hope in Italy on the rate of deaths and new coronavirus cases. Oil showed some signs of life, but analysts still think that the next major move for prices is down.
Oil has more room to fall as storage fills up. Multiple reports from analysts and investment banks see further room to fall for oil because of fears over a lack of adequate storage. "Any traders with the capacity to store oil are probably putting their hands up, looking at the contango," Stephen Innes, chief Asia market strategist at Axicorp Ltd., told Bloomberg. "Oil could head to $10 to $15 a barrel very quickly" if OPEC and Texas can't reach an agreement on cutting production.
OPEC speaks with Texas RRC. OPEC Secretary-General Mohammed Barkindo spoke with Texas Railroad Commissioner Ryan Sitton, raising speculation about mandatory cuts in Texas. "Just got off the phone with OPEC SG Moh[ammed] Barkindo. Great conversation on global supply and demand," Sitton said on Twitter. "We all agree an international deal must get done to ensure economic stability as we recover from COVID-19." The Texan official said the OPEC chief had invited him to the next meeting of the organization in June. Most analysts see such a Texas-OPEC deal as highly unlikely.
U.S. sends envoy to OPEC. The Trump administration will appoint Victoria Coates as a special envoy to Saudi Arabia on energy issues, in an effort to negotiate an end to the price war.
Russia's weaker rouble helps sustain price war. Russia's currency has lost 20 percent of its value in the past three weeks, a trend that cushions the blow for Russian oil producers as it deflates costs. Saudi Arabia has to defend a fixed exchange rate.
U.S. airlines prepare for total shutdown. According to the Wall Street Journal, major U.S. airlines are "drafting plans for a potential voluntary shutdown of virtually all passenger flights across the U.S." No decisions have been made.
Oil majors cut spending. Royal Dutch Shell (NYSE: RDS.A), Total (NYSE: TOT) and Chevron (NYSE: CVX) all said they would cut capex by roughly 20 percent each, while also suspending share buybacks. Chevron said it would cut spending in the Permian in half, which would translate into 125,000 bpd less by the end of this year than previously expected. With analysts predicting $10 oil, more cuts are expected.
10 percent of global oil supply uneconomic. Roughly 10 percent of global oil supply would become uneconomic if oil prices remain below $25 per barrel, according to Wood Mackenzie. "If prices don't rebound, the taps will inevitably be turned off or strategically choked back in some areas," WoodMac analysts said. "The industry's ability to keep higher-cost barrels flowing will be severely tested."
Spending cuts could reach 70 percent. E&Ps could cut capex by 68 percent this year, relative to 2019, according to Rystad Energy.
Exxon could delay Mozambique LNG. ExxonMobil (NYSE: XOM) may delay the FID for its massive $30 billion LNG project in Mozambique. The project, which includes an LNG export terminal and offshore gas drilling, was thought to receive a greenlight in the first half of 2020. Mozambique is one of a few key projects in Exxon's portfolio.
S&P cuts WTI forecast to $25. S&P cut its oil price forecast for 2020 by $10 per barrel since its last estimate. The firm now sees WTI averaging $25 this year, with $30 for Brent.
Refiners cut processing. Refineries around the world are reducing processing rates because of narrowing margins as demand collapses. Jet fuel margins turned negative recently.
Oil-producing countries ask IMF for help. Around a dozen oil-producing countries in the Middle East and Central Asia have turned to the IMF for financial assistance amid the collapse in crude prices. The Fund said that it was ready to mobilize its $1 trillion lending capacity to help countries in need.
Natural gas to balance before oil. The cut in natural gas production could be faster than for oil, helping to balance the market sooner. Shale gas drillers in Appalachia are reducing drilling, but the contraction in the Permian for oil drilling will also cut associated gas output. "As we move into 2021, this path of declining oil and gas production, if sustained, will likely result in an exceptionally tight summer 2021, which suggests current forward prices are not sustainable," Goldman Sachs wrote in a report. The bank said that natural gas prices could "rally sharply" next winter.
China's SPR can't save oil market. China has repeatedly taken advantage of past market downturns to buy cheap oil for its strategic reserve, but this time around the rate of SPR stockpiling is expected to be half as large as previously.
Canada braces for cuts. Western Canada may need to lower production by around 440,000 bpd beginning in April as storage fills up, according to Rystad Energy.
U.S. banks could face credit issues from oil bankruptcies. Regional banks in Texas, Louisiana and Oklahoma have seen their share prices fall and may face credit issues later this year as a result of the downturn.

STANBIC Notifies of Dealing in 0.1m Volume of Shares By Lilian Ifeoma Esiri