Today, we will take a quick look at some of the critical figures and data in the energy markets this week.
We will then look at some of the key market movers early this week before providing you with the latest analysis of the top news events taking place in the global energy complex over the past few days.
We hope you enjoy. 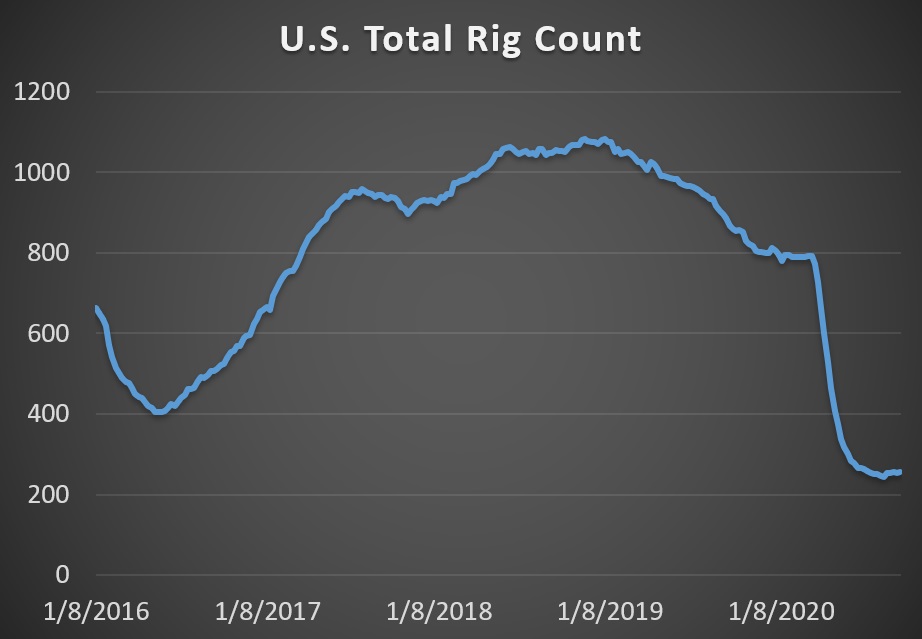 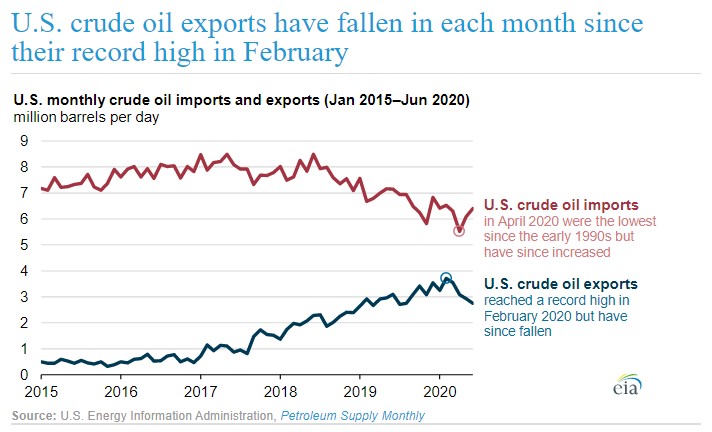 
Tuesday, September 22, 2020
Oil prices fell on Monday on renewed concerns of coronavirus-related lockdowns. Oil edged up slightly on Tuesday. "As any new restrictions will likely be more localized, the oil demand recovery should still continue, although at a slower the pace with the easiest demand gains behind us," UBS oil analyst Giovanni Staunovo told Reuters.
Vitol sees tough 2H2020 on weak demand and low volatility. Oil trading firm Vitol sees tepid demand growth and low trading activity in the short run, making the second half of 2020 rather bleak for traders. "Obviously, with crude trading, it's difficult to maintain business volumes because there is less crude to market and trade; there's less being produced," Vitol CEO Russell Hardy told Reuters.
Oil-producing countries squeezed by prices. Middle Eastern oil producers are increasingly relying on debt markets to bridge the gap in government finances. Abu Dhabi just completed a $5 billion, 50-year bond. For now, Gulf States are still in good standing with debt markets, but with oil prices showing no signs of returning to pre-pandemic levels, how long can it last?
Libya restarts oil production. Libya's National Oil Corporation will restart production from certain fields and some exports of crude oil, the company said. The force majeure will be lifted from fields and ports that are free of the presence of paramilitary groups and mercenaries, but remain in effect for those where there are still such groups, which hamper the work of NOC. Libya's National Oil Corporation (NOC) sees oil production rising to around 260,000 barrels per day (bpd) next week, up from some 100,000 bpd before the blockade.
Shell preparing major cost-cutting. Royal Dutch Shell (NYSE: RDS.A) is preparing a plan to cut 40 percent from the cost of producing oil. As Shell undergoes its clean energy overhaul, it will focus its oil and gas operations on a few core areas: Gulf of Mexico, Nigeria and the North Sea. Shell will make deep cuts to its retail fuel division, its LNG division, according to Reuters. The overhaul will be Shell's most extensive in modern history and is expected to be completed by the end of the year.
Commodities and currencies hurt if dollar strengthens. The dollar has strengthened a bit over the past month, putting pressure on a variety of commodities and currencies. A new study says that the dollar is still undervalued.
Permian has too many pipelines. It wasn't long ago that oil in Midland traded at a steep discount due to pipeline bottlenecks and surging production. Now, the Permian is producing 4 mb/d, but has 3 mb/d of excess pipeline capacity, according to the Wall Street Journal. Overcapacity was a brewing problem even before the pandemic, but with production flat-lining, the gap is growing even larger.
EV tipping point by 2024. Analysts have estimated that battery pack prices should drop to US$100/kWh so that electric vehicles have a chance to compete with cost with the internal combustion engine. Automakers and industry experts believe that the US$100/kWh milestone could be reached as early as in 2024. Others say that threshold will arrive much sooner.
Tesla's "Battery Day." Tesla (NASDAQ: TSLA) is holding its Battery Day on Tuesday, and Elon Musk has hinted that he would announce major advancements in battery technology. The event starts at 4:30 p.m. ET.
East Med states establish gas forum. Egypt, Israel, Greece, Cyprus, Italy and Jordan established the East Mediterranean Gas Forum (EMGF) as an intergovernmental organization headquartered in Cairo. The forum will present a united front to gas development at a time when Turkey has disputed development near its borders.
Brazil's offshore oil boom still alive. The COVID-19 pandemic and March 2020 oil price collapse did little to slow the oil boom underway in Latin America's largest economy. Petrobras's second-quarter 2020 commercial oil output grew 4.1% year over year to almost 2.5 million barrels daily.
Stranded asset risk at $40 oil. High-cost oil projects are unprofitable at $40 per barrel, and if oil remains stuck at that price level, reserves will be left as "stranded assets." If the world manages to comply with climate targets limiting warming to 1.5C, more than 80 percent of oil, gas, and coal assets would be worthless.
Mayors of 12 major cities to divest from fossil fuels. 12 cities representing over 36 million residents pledged to divest from fossil fuels. The cities include: Berlin, Bristol, Cape Town, Durban, London, Los Angeles, Milan, New Orleans, New York City, Oslo, Pittsburgh and Vancouver.
China plans new storage. China is planning new storage hubs in Zhejiang province for energy and agricultural products.
Refining margins remain weak. Refiners are trimming their production as margins remain low amid weak demand for fuels. China's refineries are expected to cut processing in September, Reuters reports.
China aims for net-zero by 2060. China will aim to reach a peak in emissions by 2030 before winding down emissions to reach carbon neutrality by 2060, President Xi Jinping said on Tuesday.

Investors Gain N42.09bn as NSEASI Inches Up Further by 0.31% Amid Negative Market Breadth