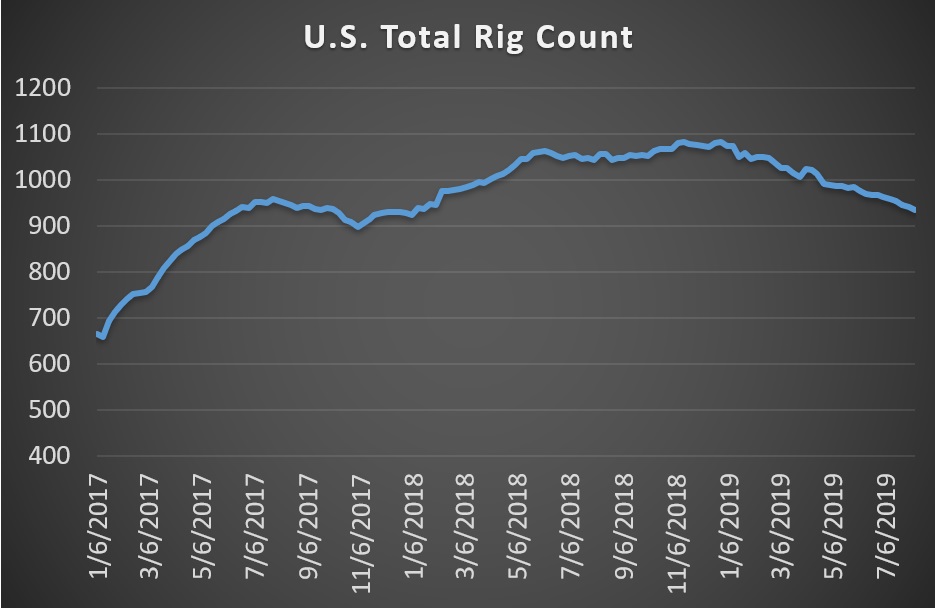 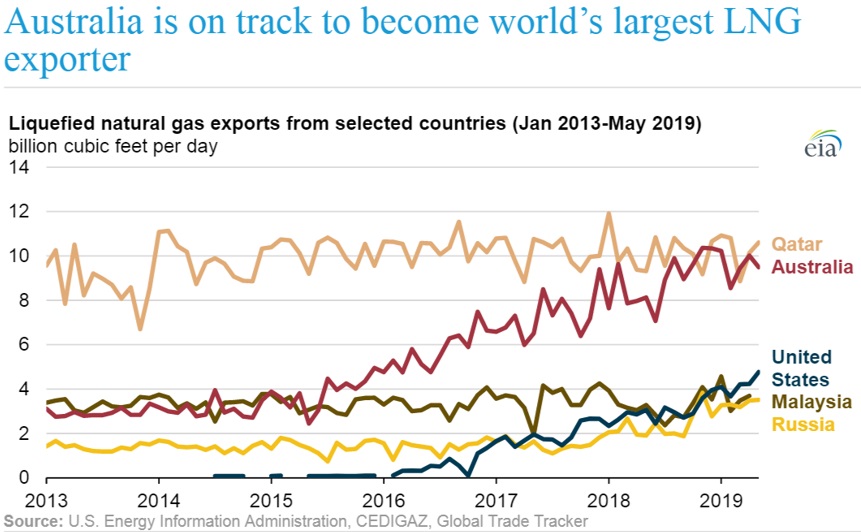 Oil shot up more than 4 percent on Tuesday after the U.S. said it would delay the 10 percent tariff on some Chinese products, including laptops and cell phones. The move eased fears over the fallout from the trade war.
Aramco profits fall, but still most profitable company. Saudi Aramco held its first earnings call with investors on Monday, and also reported profits of $46.9 billion for the first six months of 2019. That was down 12 percent from the same period a year earlier, the result of lower oil prices. However, that figure still makes Aramco the world’s most profitable company. Still, as investors gauge the company, one of the biggest uncertainties is how Aramco pays dividends to the Saudi government. “We still don’t really have clarity on the dividend policy,” Willem Visser, a credit strategist at T. Rowe Price, told Bloomberg. Going forward “it will probably be in line with other oil companies at about 50% of net income.” Meanwhile, Aramco said it would invest $15 billion in India’s Reliance Industries.
China, India vehicle sales plunge. India’s vehicle sales in July plunged at the steepest rate in nearly two decades, part of a worldwide slowdown in auto sales. India’s GDP growth rate may be decelerating to a five-year low, according to Reuters. Meanwhile, China’s car sales continued to show weakness, with sales down 3.9 percent in July from a year earlier. That was the 13th consecutive monthly decline.
China could target U.S. oil. China is expected to slash its imports of oil from the U.S. as the trade war escalates. “I think it is a virtual shoo-in that volumes will slow to a trickle and may even grind to a complete halt,” Stephen Brennock, oil analyst at PVM Oil Associates, told CNBC via email.
Exxon could exit North Sea. ExxonMobil (NYSE: XOM) is considering a full exit from the North Sea, where it has been operating for more than 50 years. Exxon is hoping to raise $2 billion by selling off its assets in the British North Sea, as the oil major hopes to shift its focus to U.S. shale and other projects.
GM and VW to scrap hybrids, focus on fully electric cars. GM (NYSE: GM) and Volkswagen say they will scrap production of their hybrid-electric vehicle models and instead focus investment on the array of fully-electric vehicles they have in the works. “If I had a dollar more to invest, would I spend it on a hybrid? Or would I spend it on the answer that we all know is going to happen, and get there faster and better than anybody else?” GM President Mark Reuss told the Wall Street Journal in an interview.
Oil company pivots into video games. The Houston Chronicle reported on the unusual transformation that a struggling oil and gas company made. Facing bankruptcy, Black Ridge exited oil and gas altogether and made itself into a video game company.
Oil, gas and petrochemical projects at risk of U.S.-China trade war. China has promised tens of billions of dollars of investment in oil, gas and petrochemical projects in the U.S., particularly in Alaska, the Gulf Coast and Appalachia. But the trade war may prevent those investments from being realized, according to the Houston Chronicle.
EPA issues waivers for refineries on ethanol. EPA rejected six applications from oil refineries for exemptions on the purchasing of ethanol, but it issued 31 approvals, effectively waiving 7.4 percent of requirements for 2018. Corn and biofuels groups condemned the decision, and the price of biofuels credits fell sharply. “The EPA has proven beyond any doubt that it does not care about following the law, American jobs, or even the president's promises,” ethanol trade group Growth Energy chief executive Emily Skor said, according to Argus Media. “Now farmers and biofuel producers are paying the price.”
Oil sands struggling to attract investors. Despite major reductions in operating costs, several major oil sands companies have struggled to lift their share prices. Executives say that general investors have fled the sector. Still, they hope that improved reliability and progress on the Trans Mountain Expansion could lead to a rebound.
Chevron starts CO2 capture. Chevron (NYSE: CVX) launched one of the world’s largest carbon capture and storage projects in Western Australia last week, near its Gorgon LNG project. The unit is expected to lower the project’s carbon emissions by 40 percent.
Russia’s foreign exchange to surpass Saudi Arabia’s. For the first time in eight years, Russia is on track to surpass Saudi Arabia in the size of its foreign exchange, a sign that Riyadh is faring much worse with lower oil prices. “OPEC can no longer ignore Russia because of its importance as an oil exporter and its economy,” Elina Ribakova, deputy chief economist at the Institute of International Finance in Washington told Bloomberg. “The Russians will continue doing just enough to engage with the Saudis on oil production.”
Large-scale battery storage addresses intermittency of renewables. The Wall Street Journal reports on the “global wave of investment in high-capacity batteries,” which it says could “transform the market for renewable energy…making it more practical and affordable to store wind and solar power and deploy it when needed.”
Investor pressure on climate change growing. According to Axios, a record number of investors are pressuring fossil fuel companies to reveal how climate change could affect their bottom lines.
Texas power demand hits record high. Power demand hit a record high in Texas due to a heat wave.
Tullow makes Guyana discovery. Tullow Oil (LON: TLW) announced a significant discovery in offshore Guyana, potentially reaching over 100 million barrels of recoverable oil.

What Makes a Good Forex Broker?