Today, we will take a quick look at some of the critical figures and data in the energy markets this week. We then look at some of the key market movers early this week before providing you with the latest analysis of the top news events taking place in the global energy complex over the past few days. 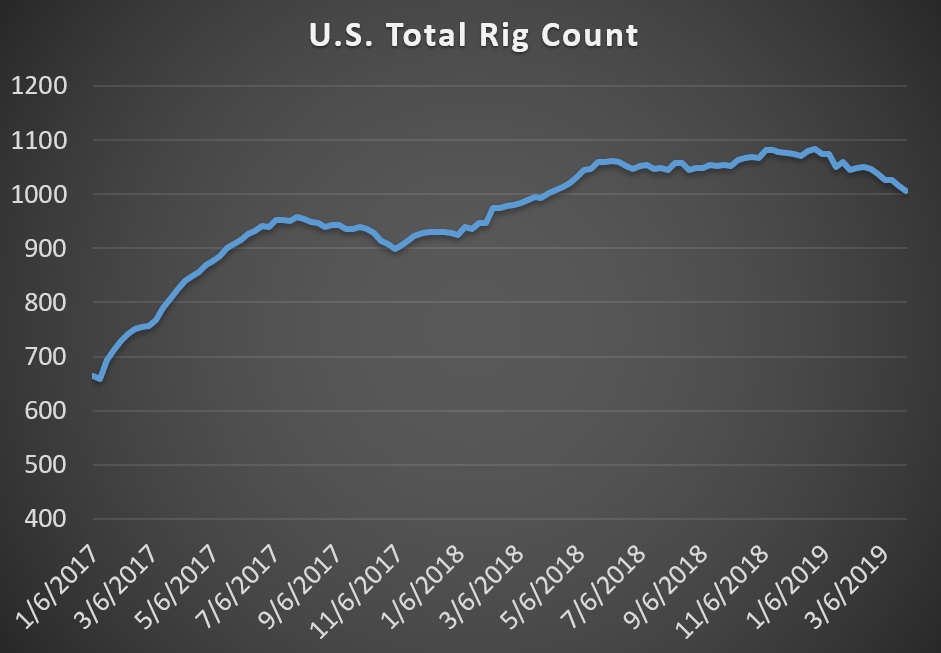 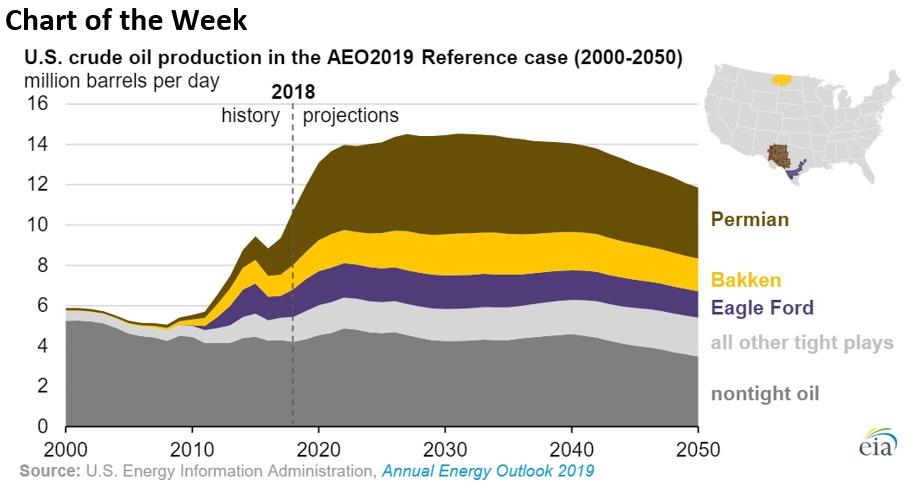 Oil rises to 2019 high. Crude oil hit fresh 2019 highs this week, pushed up by tightening supplies globally, a slowdown in U.S. output, and fewer concerns about the global economy. WTI bounced above $62 per barrel in early trading on Tuesday with Brent closing in on the $70-per-barrel mark.

U.S. shale slowdown. The EIA reported that U.S. oil production fell in January by 90,000 bpd, offering more evidence that suggests the shale industry slammed on the brakes at the end of last year when oil prices collapsed.

Colorado House approves oil reform. Colorado’s House approved the new legislation that will overhaul regulation of the oil and gas industry in the state. The bill grants much more authority to local governments to regulate drilling operations, while also beefing up environmental oversight. The measure was already approved by the Senate. The oil and gas industry has sounded the alarm about the bill, warning that it could disrupt development, while local communities and environmental groups praised the move.

Permian natural gas goes negative. The natural gas prices in Western Texas fell into negative territory last week, plunging to a record low of -$2.50/MMBtu (yes, negative $2.50/MMBtu). There has been a shortage of takeaway capacity in the region, leading to a glut of gas. But equipment failures and maintenance have added to the midstream problems.

LNG glut leads to crashing prices. The wave of new LNG export capacity that is hitting the market this year is leading to a meltdown in prices. “The gas market obviously is undergoing a winter hangover” Francisco Blanch, head of global commodities and derivatives research at Bank of America Corp. in New York, told Bloomberg. “We are getting a glut across the board and we don’t see that changing all that much.” Spot prices for LNG in Asia – the JKM marker – fell as low as $4.375/MMBtu at the end of March.

Saudi Aramco produces oil at $2.80 per barrel. Data from a new prospectus for Saudi Aramco’s upcoming dollar-denominated bond reveals that the Saudi oil company can produce oil at a cost as low as $2.80 per barrel. Aramco’s profits of $111 billion last year makes it the world’s most profitable company, even as its obligations to prop up the state are enormous.

Saudi’s Ghawar field produces less than expected. The iconic and legendary oil field, Ghawar, produces less oil than expected. Details of the field have been a tightly-guarded state secret, but the Aramco bond prospectus published on Monday revealed some clues. Ghawar is able to produce 3.8 mb/d, well below the 5 mb/d that had been widely thought.

Courts block Trump’s Artic and Atlantic plans. A U.S. judge blocked the Trump administration’s campaign to open up parts of the offshore Arctic and Atlantic Oceans for drilling. The court said that Obama-era protections must be overturned by an act of Congress.

Trump issues new executive order on Keystone XL. President Trump signed an executive order approving the Keystone XL pipeline, a move that would supersede his original approval issued in 2017, which has been bogged down in courts. The latest order is an attempt to push the project forward, but it too will likely be the subject of litigation.

20-year LNG deal linked to Brent. NextDecade Corp. (NASDAQ: NEXT) inked a long-term contract for LNG deliveries to Royal Dutch Shell (NYSE: RDS.A) with prices linked to Brent crude. The cargoes will come from an export facility in Brownsville, Texas, and will have destination flexibility.

Well drilled in Arctic National Wildlife Refuge in 1986 was “worthless.” The New York Times reported on the tightly held secret results of a single well drilled in the Artic National Wildlife Refuge (ANWR) in the 1980s. Those results have been kept secret, which has fueled speculation about their contents. It is the only well ever drilled in ANWR and it has become newly relevant with the opening of the refuge under the Trump administration. The NYT reports that the well was likely “worthless.” However, new technologies would likely push oil companies to a separate part of the refuge, so it does not mark an end to the story.

Exxon weighs sale of Nigerian assets for $3 billion. ExxonMobil (NYSE: XOM) is considering a sale of its oil and gas assets in Nigeria, which could fetch as much as $3 billion. Exxon is increasingly focused on Guyana, the Permian and its downstream business.

Investors pressuring Exxon on climate risks. Shareholder groups have filed resolutions with ExxonMobil (NYSE: XOM), calling on the company to disclose short-, medium- and long-term risks to climate change. Exxon wants the SEC to throw out the resolutions, which could be voted on at their annual shareholder meeting. A decision is expected soon.

Midwest flooding adds to gasoline prices. Crude oil recently hit a 2019 high, but floods in the Midwest have pushed up gasoline prices because of the disruption to ethanol output. The national average in the U.S. is now $2.71 per gallon, or up 28 cents from a month ago and 50 cents since January.

HONYFLOUR Announces the Resignation of Mr Rotimi Fadipe as the Company’s Exec. Director of Supply

BERGER Notifies of the Company’s Board Meeting and Closed Period