In this week's newsletter, we will take a quick look at some of the critical figures and data in the energy markets this week.
We will then look at some of the key market movers early this week before providing you with the latest analysis of the top news events taking place in the global energy complex over the past few days. We hope you enjoy. 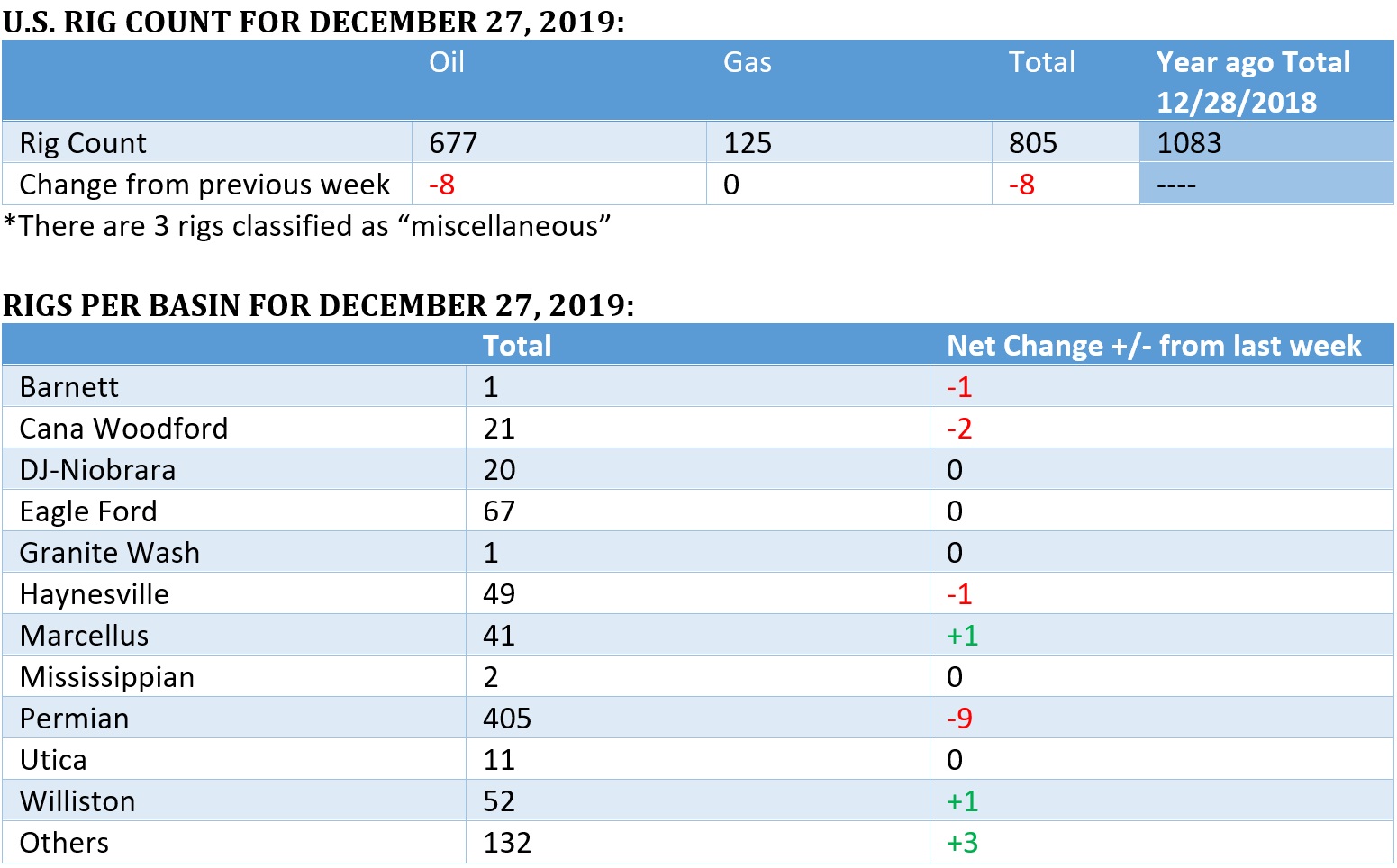 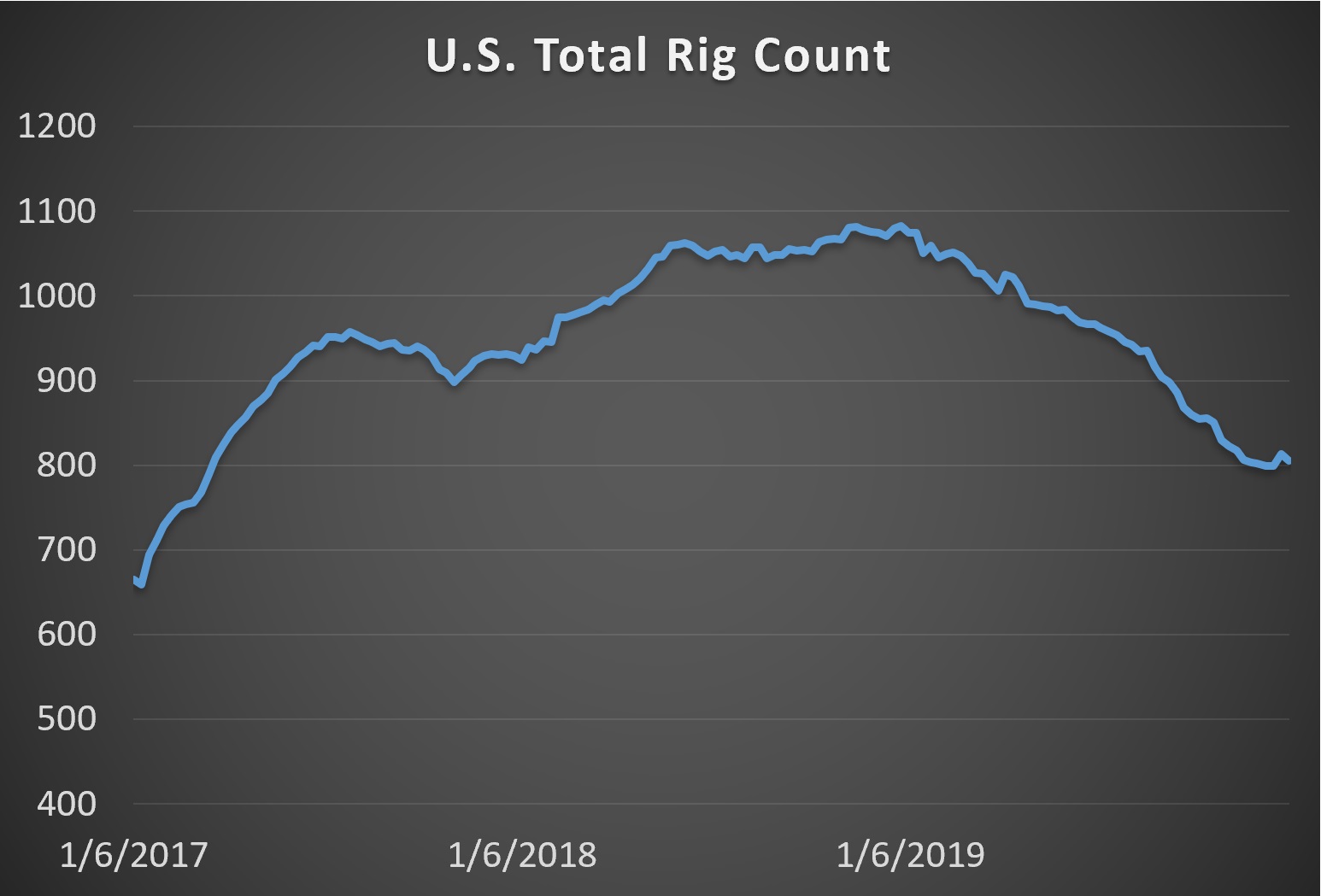 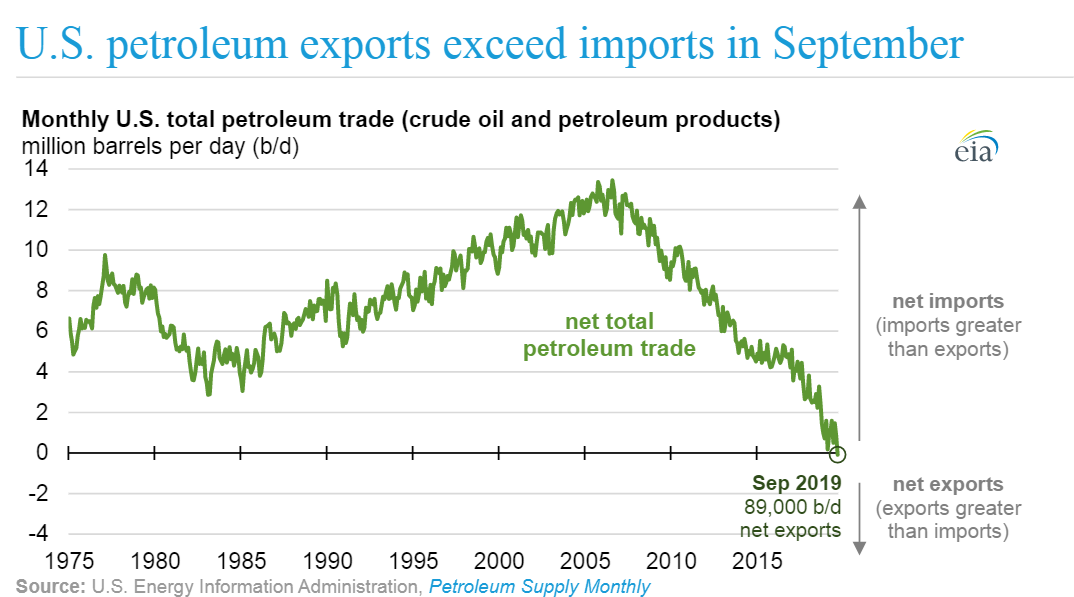 Oil closes out 2019 on a bullish note, pushed higher by renewed economic optimism, the OPEC+ cuts and a thawing U.S.-China trading relationship. "Prices ended the year with optimism close to 70$ /bbl for Brent and we expect them to stay supported through Q1," OilX chief executive Florian Thaler told Oilprice. "In March all eyes will remain on OPEC and OPEC+ and whether the action of production adjustment will be extended further."
Shell exits Haynesville. Royal Dutch Shell (NYSE: RDS.A) sold off its last position in the Haynesville shale, selling about 55,000 net acres to Castleton Resources. "The divestment is part of Shell's ongoing strategy to optimize its shale portfolio and direct capital toward developing our high-margin assets located in the Permian, as well as in Canada and Argentina," a Shell spokesman said in a prepared statement.
Israel's Leviathan starts up. The massive Leviathan gas field in offshore Israel finally came online. The $3.6 billion project has been a decade in the making. Noble Energy and Delek Drilling said the project would double Israel's gas production, and gas will soon flow to Egypt and Jordan. "Israel is now an energy powerhouse, able to supply all its energy needs and gaining energy independence," said Delek Drilling Chief Executive Yossi Abu.
Protestors storm U.S. embassy in Iraq. Outraged after U.S. airstrikes struck an Iranian-backed Iraqi militia over the weekend, protestors broke through the outer wall of the heavily-fortified U.S. embassy in Baghdad. They did not enter the main embassy, but the protests are another sign of a deteriorating security situation in Iraq, which follows on the heels of massive protests in Basra.
U.S. threatens companies with sanctions on Nord Stream 2. The U.S. said that any attempt to hurry up work to complete the Nord Stream 2 pipeline will be met with sanctions. President Trump recently signed into law new sanctions on any companies working on the pipeline, although privately, U.S. officials have admitted that they probably won't be able to stop the project from reaching completion.
Carney: Companies must justify fossil fuel investments. The outgoing governor of the Bank of England, Mark Carney, said that companies and financial institutions need to justify ongoing investment in fossil fuels. He also warned that many assets could end up being "worthless" as the world transitions to renewables. "If we were to burn all those oil and gases, there's no way we would meet carbon budgets. Up to 80% of coal assets will be stranded, [and] up to half of developed oil reserves," Carney said. "A question for every company, every financial institution, every asset manager, pension fund or insurer: what's your plan?"
ExxonMobil secures blocks in Eastern Med. ExxonMobil (NYSE: XOM) acquired 1.7 million acres in offshore Egypt. "These awards strengthen our exploration portfolio in the Eastern Mediterranean," said Mike Cousins, senior vice president of exploration and new ventures at ExxonMobil.
Permian premium comes to an end. The premium paid for deals in the Permian has decidedly come to an end, Bloomberg reports. Acquisitions in the Permian were met with investor skepticism this year. "The market does not want to see large premium deals get done," Steve Trauber, Citigroup Inc.â€™s global head of energy, told Bloomberg. "The market has reacted negatively, in some cases violently so, when those deals are announced."
Shale boom running on fumes. Shale wells are not producing as much oil and gas as previously thought, which raises questions about the industry's productivity, profitability and the longevity of the drilling boom. Wells drilled years ago have declined faster than expected, according to a new report.
Why did Riyadh agree to restart Neutral Zone? After years offline, the timing of the decision between Saudi Arabia and Kuwait to push for a restart of the Neutral Zone oil fields seems odd. But there are two key reasons why Riyadh's decision makes sense.