Bullish news on both the supply and demand side sent oil prices up again on Friday morning, with Brent falling back after flirting with $80. 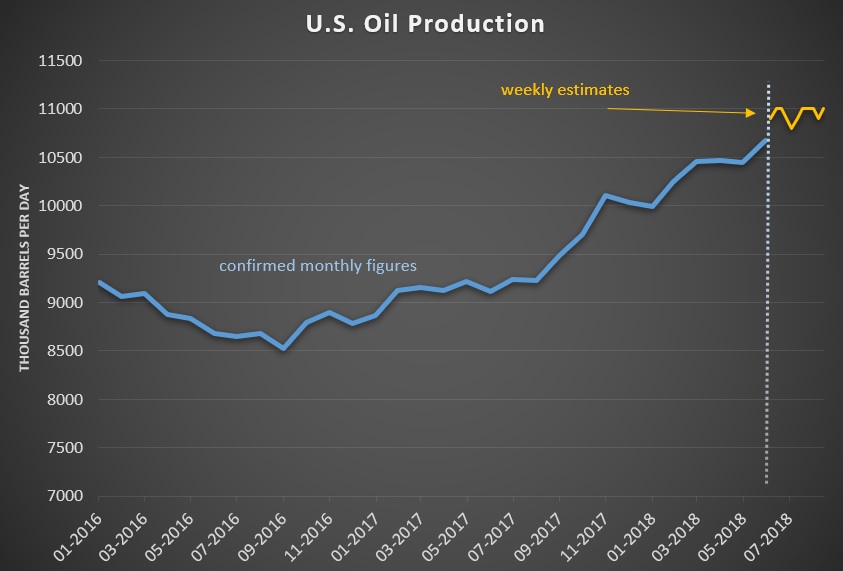 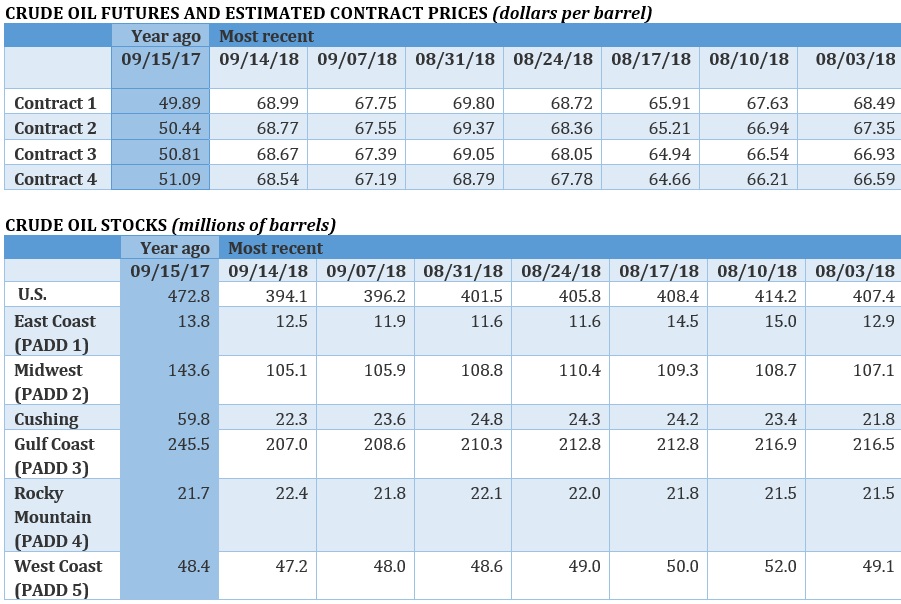 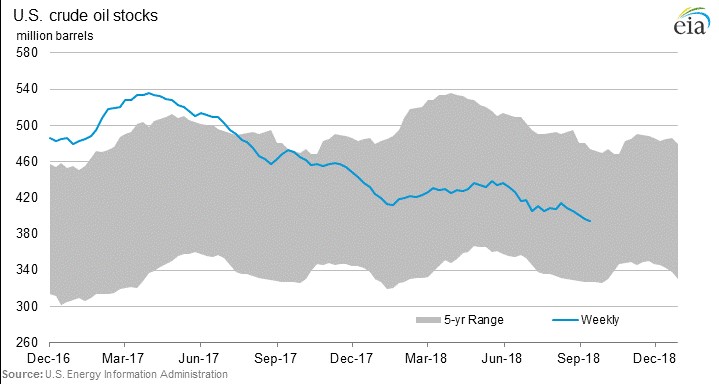 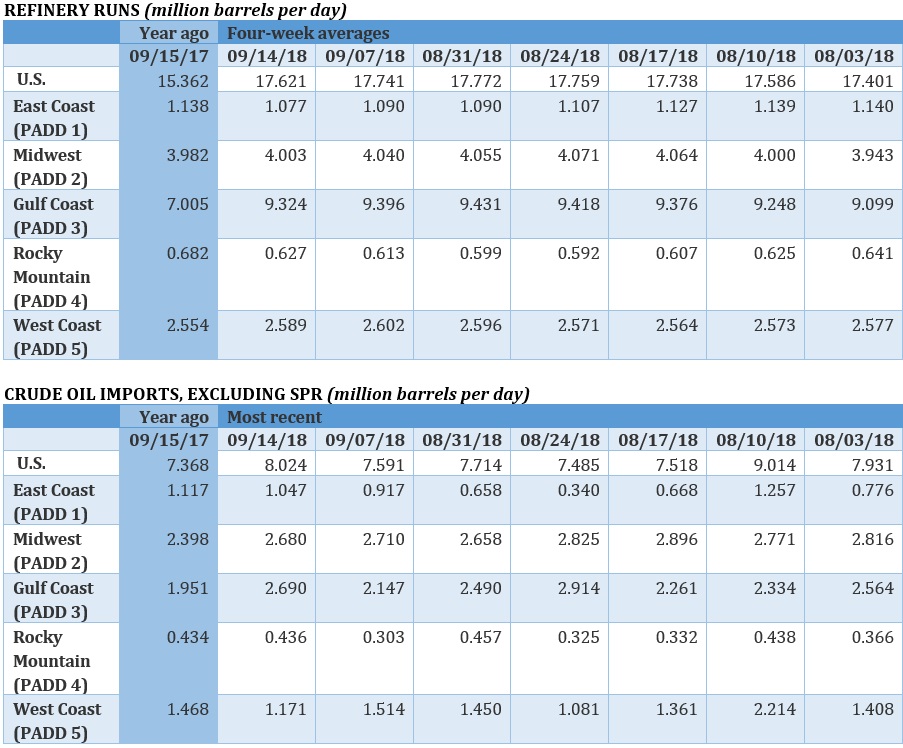 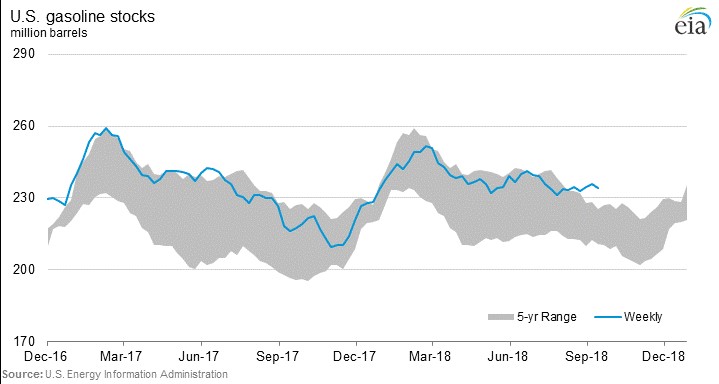 Friday, September 21st, 2018
Oil prices edged up this week on lost supply from Iran and Venezuela, although those supply concerns are somewhat offset by worries over demand. OPEC downgraded demand while the IEA said in a report that supply outages are “tightening up” the oil market. With Iran sanctions less than two months away, “we are entering a very crucial period for the oil market,” the IEA said.

Oil market remains “fragile,” Russian energy minister says. Russia’s energy minister Alexander Novak said that the global oil market remains “fragile” because of production declines and geopolitical unrest. “This is huge uncertainty on the market – how the countries, which buy almost 2 million barrels per day of Iranian oil will act. Those are Europe, Asia Pacific region ... There is a lot of uncertainty. The situation should be closely watched, the right decisions should be taken,” Novak said. He said Russia could step in if the market needs more supply. “Russia has potential to raise production by 300,000 barrels (per day) mid-term.”

U.S. shale companies increased hedging for 2020. U.S. shale companies took advantage of relatively high oil prices in the second quarter to lock in hedges beyond 2019, according to the Houston Chronicle and Wood Mackenzie. Permian shale drillers increased 2020 hedging by 431 percent in the second quarter of this year, an indication that E&Ps are worried about pipeline bottlenecks stretching beyond 2019. WoodMac says the hedging activity that far out is unusual. The risk of hedging is that some companies could eliminate upside exposure if pipelines are completed on time and oil prices rise.
OPEC lowered demand forecast slightly. OPEC cut its 2019 oil demand forecast because of economic headwinds. The 1.41 mb/d demand growth forecast is 20,000 bpd lower than last month’s figure. “Rising challenges in some emerging and developing economies are skewing the current global economic growth risk forecast to the downside,” OPEC said in the report.
Hurricane could affect natural gas production. Hurricane Florence is battering the coast of North and South Carolina, but there is very little fallout expected for the oil market since no oil refineries or upstream production facilities are located in those states. But if the Hurricane travels further inland into the Appalachian region, it could curtail shale gas production. Platts Analytics says that there is potential for the disruption of 2 billion cubic feet per day of supply over the next several days.
Basra violence flares up again. The protests and riots in Iraq’s oil-rich southern region are flaring up again, potentially posing a threat to the country’s record oil export levels. "We've seen protests around facilities and threats being made against oil companies. Some companies have taken their foreign workers out," Helima Croft, global head of commodity strategy at RBC Capital Markets, told CNBC. "Production hasn't been hit yet, but if you were to have one facility go down, you could lose upwards of 700,000 to 800,000 barrels of production, so it's a big story to watch." She went on to note that the lack of spare capacity makes such an outage especially worrying. "The problem with the market right now is we don't have a lot of shock absorbers," Croft said. "So we really do have a problem where if we have one more country experience a supply outage, this market will be very tight and prices will go materially higher."
U.S. LNG vulnerable to trade war. An estimated $60 billion of new LNG projects may not go forward if China goes forward with tariffs on American gas imports, according to Morgan Stanley. The LNG market is tightening faster than many thought, and a new wave of prospective LNG projects are getting a lot of attention. But the U.S.-China trade war could significantly damage the outlook for projects in the U.S.
Iran using floating storage again. Iran is storing oil on tankers in the Persian Gulf as buyers begin to walk away. Between 2012 and 2016, Iran stored millions of barrels of oil on supertankers because it could not export enough. That practice is making a comeback, according to Bloomberg. “Iranian exports are falling fast,” Amrita Sen, chief oil analyst at Energy Aspects Ltd., said in a note to clients. Shipments are “set to average as little as 1.5 million barrels a day in September according to the preliminary loading program, compared to around 2.8 million barrels a day of oil exports in April and May,” she said.
India to cut Iran oil imports by half. Indian refiners will reportedly cut oil imports from Iran in September and October, reducing purchases by half relative to levels from earlier this year, according to Reuters. India imported around 658,000 bpd between April and August, and Reuters estimates that imports will fall to 360,000-370,000 bpd over the course of this month and next month. The cuts are significant, but Indian officials have also told Washington that they cannot take imports down to zero, as requested by the Trump administration.
Digitalization could save refiners $15 billion. A new report from Wood Mackenzie finds that artificial intelligence, software and other digital technologies could save oil refiners around $15 billion a year.
ExxonMobil to spend 500 million pounds on upgrading UK refinery. ExxonMobil (NYSE: XOM) is planning on spending 500 million pounds to upgrade the UK’s largest oil refinery. The investment would allow the Fawley refinery on England’s south coast to produce more diesel.
U.S. likely world’s top oil producer. The U.S. likely surpassed Russia this year to become the world’s top oil producer, the EIA said.
China aims to replace 20 percent of heavy duty diesel trucks. As China continues its war on pollution, the government is considering plans to replace about 20 percent of the nation’s heavy duty trucks that run on diesel, according to Reuters. The plans would consist of either using more modern trucks that use a higher grade of diesel, or electric trucks, or trucks that can use LNG. Details have not been finalized but the plan is slated to take effect in 2020.

7.      Energy Analyst Offers Insight Into Why President Buhari Will Not Sign The PIGB

#OsunDecides2018: Focus on the Economy

The History of Nationalised Banks