Today, we will take a quick look at some of the critical figures and data in the energy markets this week.
We will then look at some of the key market movers early this week before providing you with the latest analysis of the top news events taking place in the global energy complex over the past few days. 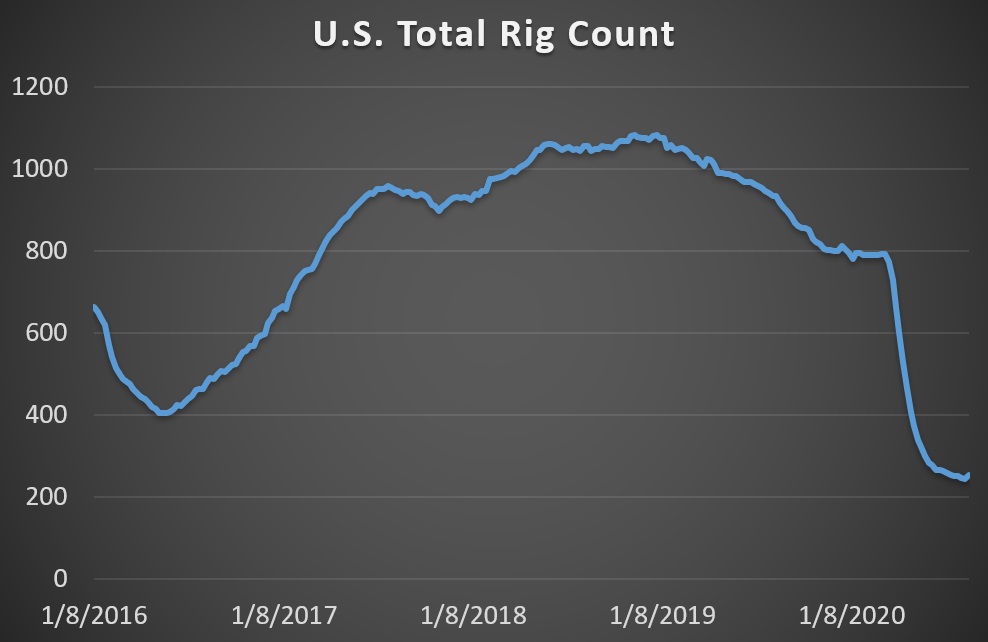 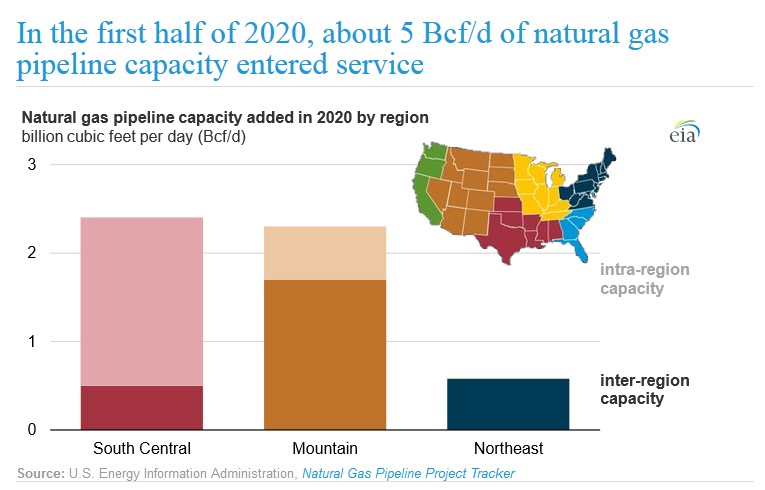 Oil prices rose on Monday as more than 1.5 mb/d of U.S. offshore oil production was temporarily taken offline due to storms in the Gulf of Mexico. On Tuesday, prices inched up a bit further. But the impact cuts both ways - significant outages at Gulf Coast refineries could depress upstream prices in the Permian. However, either way, the effects are likely to be transitory.
More than half of Gulf Coast oil and gas production shut in. Ahead of two major storms, hundreds of offshore oil and gas platforms have been idled. As of midday on Monday, 281 platforms, or 43 percent, had suspended work. U.S. government data estimates that 82.4 percent of offshore oil production has been shut-in, and 56 percent of its gas production. Companies that have shut down production include Chevron (NYSE: CVX), Murphy Oil (NYSE: MUR), BHP (NYSE: BHP), BP (NYSE: BP) and Royal Dutch Shell (NYSE: RDS.A), among others.
More than 118,000 oil, gas and coal jobs lost. Since the start of the pandemic, more than 118,000 jobs in oil, natural gas, and coal production have been eliminated, according to a new report.
Arena Energy files for bankruptcy. Texas-based Arena Energy, which had operations in the Gulf of Mexico, filed for chapter 11 bankruptcy on Thursday, affecting $1 billion in debt.
Exxon limits output in Guyana due to gas issues. ExxonMobil (NYSE: XOM) said it is limiting output at its offshore oil project in Guyana to 100,000 bpd because of mechanical issues with gas compressing equipment, which prevents it from reinjecting gas produced. Instead of flaring, Exxon has decided to limit production.
Oil prices face bearish forces. Slow demand and some potential return of global oil supply could weigh on crude prices. The oil market has to reckon with the possibility of more oil returning to the market from Libya, Iran, and the United States. Calendar spreads have fallen into a stronger contango, with Brent five-week spreads falling to the lowest since early June.
SEB: Oil market tightening. While the market faces potential bearish winds, others see the upside. SEB chief commodities analysts Bjarne Schieldrop sees demand rising, U.S. oil production trending lower and OPEC+ staying the course. Brent has been stuck at $45 per barrel but could soon break free and "we think the direction then is up rather than down," Schieldrop said.
ExxonMobil knocked out of Dow Jones. ExxonMobil (NYSE: XOM) was kicked out of the Dow Jones Industrial Average, making way for Salesforce.com, Amgen Inc. and Honeywell International. As recently as 2011, Exxon was the worldâ€™s largest company, but its swift fall is emblematic of the turmoil in the energy industry. "Those changes are a sign of the times - out with energy and in with cloud," said Chris Zaccarelli, chief investment officer for Independent Advisor Alliance, according to Bloomberg. Exxon was worth $525 billion in 2007, and is now only worth about $180 billion.
IHS: Oil demand to plateau below pre-pandemic levels. "Global crude demand surged from May to July with the easing of some COVID-19 restrictions and now rests at 89% of prior-year levels--compared to being at 78% in April," IHS wrote in a report. "IHS Markit expects demand growth to wane and plateau at 92-95 mbd (or roughly 92-95% of prior-year levels) through the first quarter of 2021." The reason demand does not bounce back to pre-pandemic levels is because of reduced air travel.
More shale job losses. Pioneer Natural Resources (NYSE: PXD) and Parsley Energy (NYSE: PE) are planning to announce job cuts in the coming days, according to Reuters.
Natural gas prices shoot up. U.S. natural gas prices have climbed to their highest levels since late 2019, pushed higher by ongoing hot weather and absolute declines in production. The tightness is global - JKM prices for LNG could rise to $6/MMBtu by December, according to a report from Bank of America Merrill Lynch. That opens up exports for U.S. LNG again. [T]he world will call on all US export capacity this winter, in our view," the bank said.
Petrobras adds 26 oilfields to sale list. Brazilâ€™s Petrobras (NYSE: PBR) has initiated the sale process for a group of 26 onshore and shallow water oilfields and a small nearby refinery in the northeastern part of the country, according to Reuters.
Peru oil and gas at risk. Indigenous protests have taken over Peru, threatening to undermine the Latin American nationâ€™s burgeoning upstream industry. Peru has become a battlefield between economic interests and social rights.

Investors Gain N32.67bn as NSEASI Inches Up by 0.25% Amid Negative Market Breadth