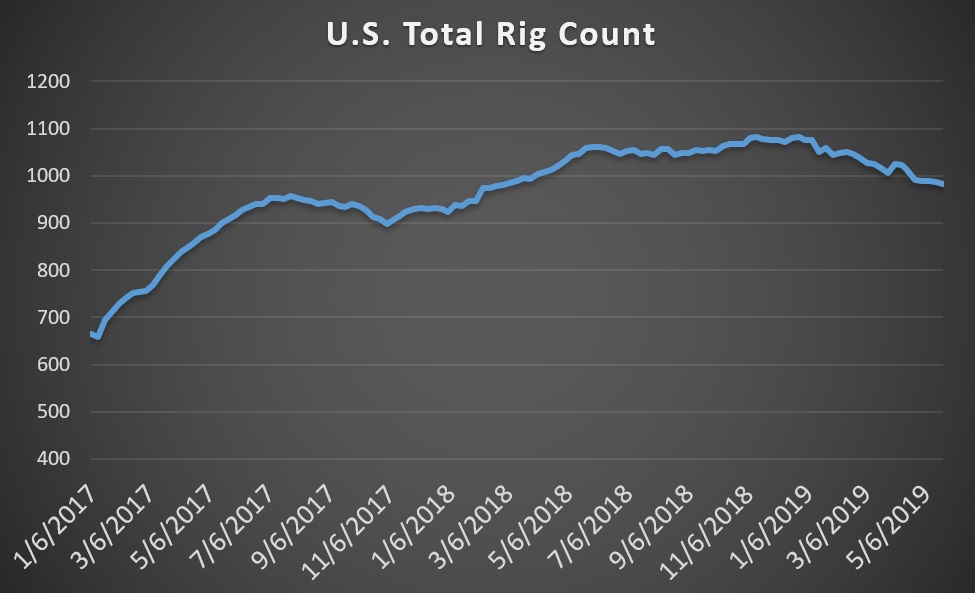 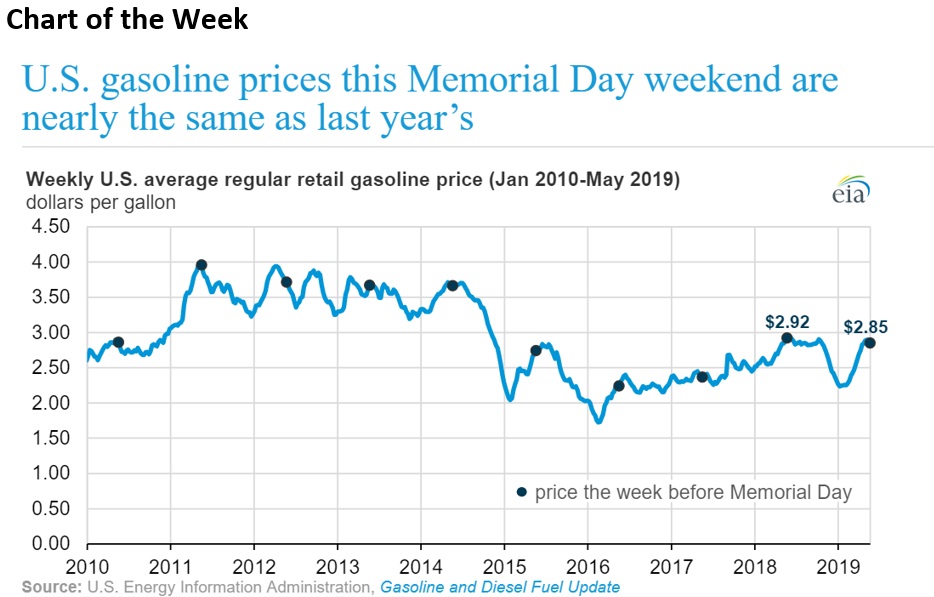 Oil started the day mixed, with WTI up but Brent flat. The market seems to be once again stuck between supply outages on the one hand, and fears of a softening economy on the other. That was the same dynamic for much of May, although prices have now stabilized at a lower level, with WTI right around $60 and Brent under $70. “Oil prices lack direction because the oil market currently finds itself caught between supply risks and concerns about demand,” Commerzbank said.

Fragmented European elections; Greens surprise. Record turnout for European Parliamentary elections produced mixed results, but also lots of drama. The far-right parties in Italy and France did well, but the Greens also did well in a number of countries. The traditional parties closer to the center were hit hard in some places. Eurosceptic parties increased their total, but there was no continent-wide sweep. The addition of Greens and Liberals could move up climate change as a major issue at the European level.

North Dakota flaring continues. The shale boom in North Dakota has led to a spike in flaring, despite the state setting out flaring rules intended to cut down on the practice. In 2014, the state adopted targets, aiming for no more than 15 percent of production flared by 2016, a level that would lower to 10 percent by 2020. In March of this year, the industry flared 20 percent. “We need to find an excess flared gas solution immediately,” said Republican Rep. Vicky Steiner. “It's a shame. I'd like to see us find a use for this.”

Morgan Stanley: Shale is deflationary force. The increasingly important role of U.S. shale in the global energy mix is a deflationary force in the medium-term, Morgan Stanley argues. Unlike conventional production, shale resources are abundant and the real cost determinant is the industrial process following extraction, which means that costs can be driven down over time.

Iran oil exports drying up. Traders say that buyers of Iranian oil have disappeared following U.S. sanctions. In March, the countries that had exemptions on U.S. sanctions purchased 1.6 million barrels per day from Iran, and evidence suggests that they are all mostly abiding by U.S. demands to cease purchasing. “China has enough problems with the U.S. They don’t want to give them a pretext,” an Iranian oil executive told the WSJ.

Refiners face shifting markets. A shortage of heavy oil due to the outages in Venezuela and Iran are cutting into the profits of refiners who rely on such oils. Gulf Coast fuel oil, a byproduct of heavy crude, saw prices surge to a six-month high. As refiners ramp up production of gasoline, their margins are narrowing. Meanwhile, for refiners who have made expensive upgrades to produce cleaner fuels, the forthcoming IMO rules on sulfur concentration could provide a windfall, the Wall Street Journal reports.

Renewables spending surpasses oil and gas in Asia. As soon as 2020, total investment in renewable energy in Asia and the Pacific (excluding China) will overtake spending in oil and gas, according to Rystad Energy. “These countries each have strong pipelines for renewable energy developments of all types, including offshore wind,” says Gero Farruggio, Head of Renewables at Rystad Energy. “And, importantly, most have large targets outlining the inclusion of renewable power sources within their respective energy mixes, with corresponding support policies.”

IEA: World hits another grim milestone. The IEA said that energy consumption in 2018 grew at its fastest pace in a decade. And 70 percent of the additional supply came from fossil fuels. Many of the technologies needed to slash carbon emissions are not on track, the IEA said. CO2 concentration in the global atmosphere continues to rise, and recently hit 415 parts per million.

Hedge funds sell more oil. Hedge funds and other money managers continue to liquidate their net-long positions on crude futures. However, in the most recent week, the selloff was a bit lighter, which suggests the correction may have gone far enough.

Fiat-Renault merger. Fiat Chrysler has proposed a merger with Renault, and the tie-up could accelerate both companies shift towards electric vehicles. The combination could save $5.6 billion annually, Fiat says. The merger would create the world’s third largest automaker, but because Renault is already tied to Nissan and Mitsubishi, the deal is complex and complicated.

Bank of Canada: Climate change a financial risk. The Bank of Canada listed climate change as one of six major risks to financial stability. Climate change carries physical risks – extreme weather – but also disruption during transition, including sudden policy moves. At the same time, the lack of transparency around carbon exposure at the company level could lead to mispricing of assets.

Fed: Small shale companies face pressure. The Federal Reserve Bank of Dallas said that smaller U.S. shale companies are under pressure to either expand or be acquired. Smaller drillers are losing access to capital and are under scrutiny from shareholders, the head of the Dallas Fed told the FT. “People have said to me in this industry, you’re either a buyer or a seller today,” Robert Kaplan said. “But if you stand pat, where you are, you’re going to be in a dangerous place…Even shale is not immune from disruption and capital discipline, and they’re feeling it right now. And this is why you’re seeing more merger activity.”

Harvard economist: China slowdown is nightmare scenario. The largest threat to the global economy is that China’s economy slows down at a much faster rate than expected, Harvard economist Carmen Reinhart told Bloomberg.

6.      Sahara Energy, Brooge Petroleum Partner To Build Up To 250,000bpd Refinery In Fujairah

Taking Kaduna From Good To Great: The Challenge Of Personal Example