Bullish sentiment appears to be creeping back into oil markets as China and the U.S. agreed to hold trade talks in October while the EIA released another positive report. 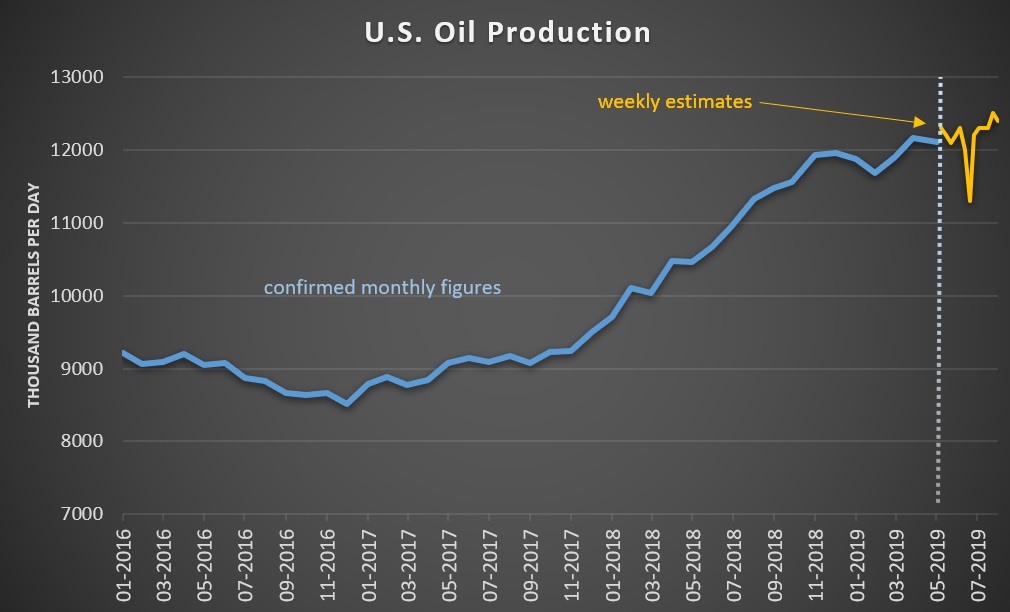 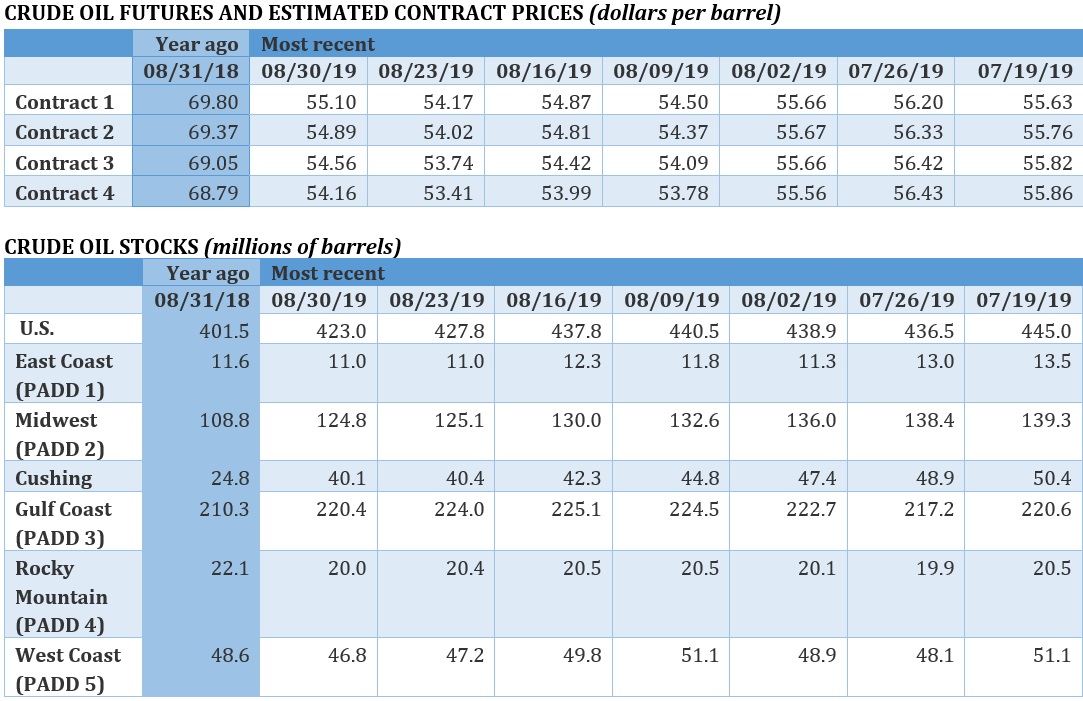 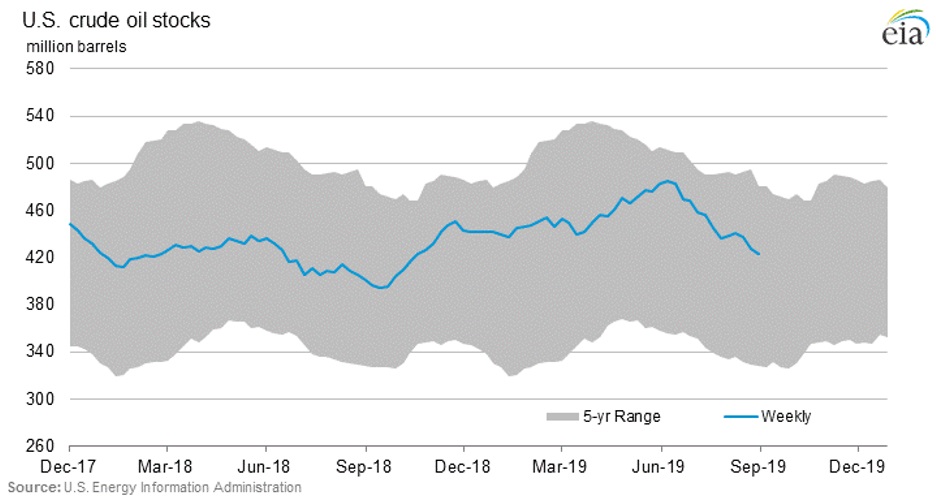 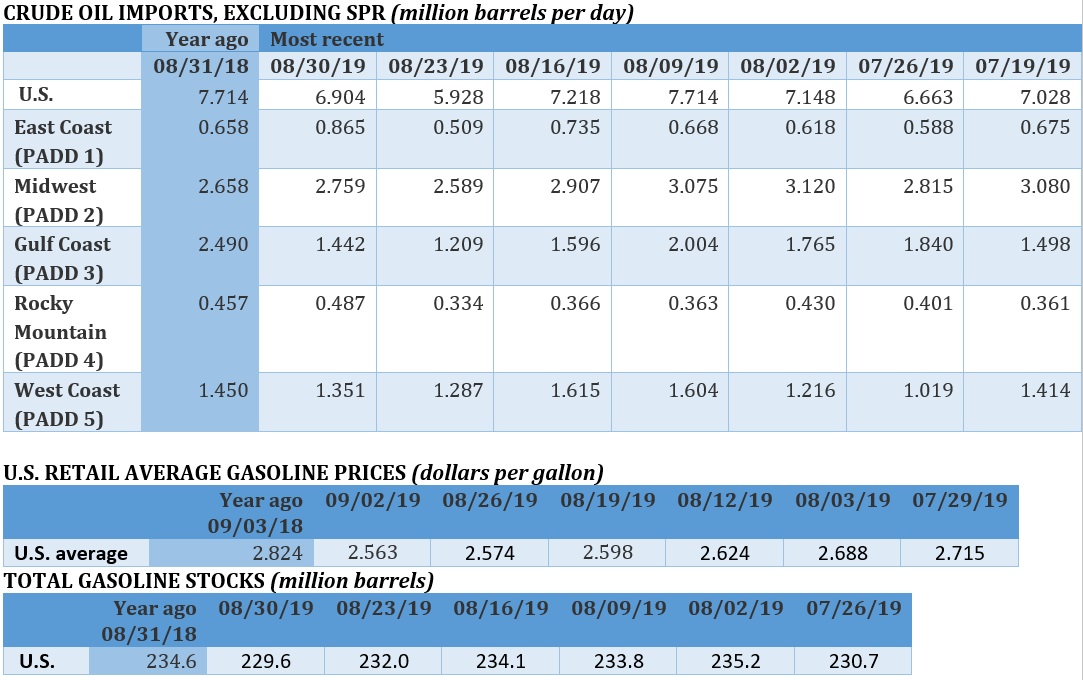 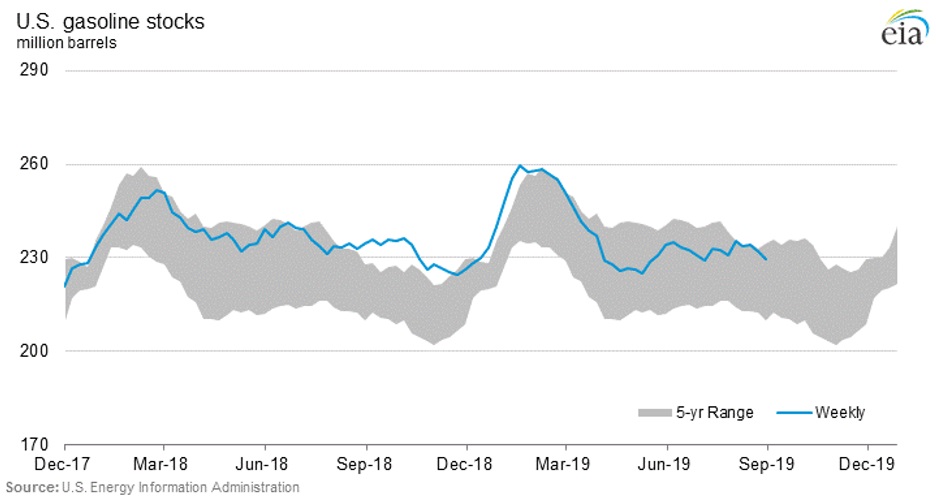 Oil was down at the start of trading on Friday, but has shown more life this week after the U.S. and China agreed to hold trade talks in October. Jobs data from the U.S. Labor Department was slightly worrying, with employment gains slowing, but markets are increasingly confident that the Federal Reserve will cut interest rates again this month.
EIA report provides boost to oil. Another bullish report from the EIA eased fears of an imminent recession. The agency reported strong drawdowns in crude oil, gasoline inventories, and a dip in production. Oil prices rose on the news.
EPA to revoke California waiver on fuel economy standards. In what would be a dramatic escalation in the standoff between the Trump administration and California over national fuel economy standards, the EPA is preparing to revoke the waiver granted to California that allows the state to set stricter fuel economy standards than the federal government. On a separate track, the EPA is in the midst of trying to water-down federal requirements for automakers. Just weeks ago, major automakers announced a plan to align their operations with the California standards, a blow to the Trump administration. "Going for preemption is the nuclear option," said Jody Freeman, a Harvard environmental law professor.
Mexico takes steps on $1 billion hedging program. Mexico has initiated the process for its $1 billion oil hedging program by asking banks for quotes, according to Reuters. Mexico engages in an annual hedging program, locking in prices for the upcoming year, in the world's largest sovereign derivatives trade. Mexico's 2019 sales were locked in at $55 per barrel.
Argentina's veiled threat against private oil industry. The frontrunner and likely future president of Argentina said on Thursday that "it makes no sense to have oil if multinationals take it," a cryptic statement that will likely send a shudder through the oil industry in the country. "I have no problems with multinationals, but my main concern is to generate wealth for Argentina and the Argentines," Alberto Fernandez said. Meanwhile, the economic and political crisis, which has led to price controls on oil and fuel, has severely damaged the prospects of Vaca Muerta development. YPF (NYSE: YPF) saw its share price recently drop to an all-time low.
Chevron preparing to leave Venezuela if needed. Chevron (NYSE: CVX) is laying the groundwork for an exit from Venezuela in the event that the Trump administration lets its sanctions waiver for the company expire. Bloomberg reports that Chevron updated some of its agreements with partners to remove penalties if Chevron decided on early termination.
Centennial Resource downgraded on "elusive" cash flow. TD Securities downgraded Centennial Resource Development (NASDAQ: CDEV) to Hold from Buy with a $6 price target, arguing that free cash flow will "prove elusive" in a range-bound oil price environment. The CEO recently acknowledged that the company's high-growth model would remain challenged with current WTI prices, and admitted that free cash flow was unlikely in 2020.
OPEC destabilizing oil market. According to Emirates NBD, OPEC is actually destabilizing the oil market, rather than stabilizing it. The production cuts have simply created one more source of uncertainty.
Redburn: removes all "buy" ratings from oil majors. Redburn, an equity research firm, has removed all of its "buy" ratings from integrated oil companies, citing "existential risk" from looming peak oil demand. Redburn says that oil demand forecasts are underestimating forthcoming government action to address climate change, and that demand estimates are at least 30 percent too high. It amounts to a near sector-wide downgrade. ExxonMobil (NYSE: XOM) received a rare "double downgrade."
Report: Oil majors overspending on climate-busting projects. A new report from Carbon Tracker estimates that the oil majors have spent $50 billion recently on projects that are not aligned with the Paris Climate agreement. The report says that the industry is essentially betting heavily against compliance.
M&A wave coming in U.S. shale. Beaten down U.S. E&Ps are looking increasingly appetizing to the oil majors. With share prices trading at mere fractions from a year ago, the time is ripe for more M&A activity in the shale patch, according to analysts.
Lithium glut far from over. Lithium supplies could outpace demand until the early 2020s, keeping prices low until that time. Morgan Stanley sees lithium carbonate prices from South America dropping by 30 percent through 2025.
U.S. shale sector cutting spending. U.S. E&Ps are cutting spending, staff and production targets as confidence in higher oil prices has evaporated. "You're going to see activity drop across the industry," Earl Reynolds, CEO of Chaparral Energy (NYSE: CHAP) told Reuters. Investment bank Cowen & Co. expects collective spending by the industry to fall by 11 percent in the second half of 2019. Scott Sheffield, CEO of Pioneer Natural Resources (NYSE: PXD), expects WTI to remain below $55 per barrel for the next three years, which could result in a "significant fallback in Permian growth" and probably "no growth for most" companies.
Chinese oil contractor halts work in Venezuela. Because of lack of payment, a Chinese oil contractor stopped work on a crude blending facility.
Trump met with Ag and EPA on biofuels. In an attempt to sooth the anger of American farmers over recent waivers to oil refiners, allowing them to get out of their biofuels blending requirements, President Trump met with the Agriculture Department and the EPA to come up with a way to boost demand for ethanol. The proposal could consist of increasing ethanol requirements by 1 billion gallons in 2020. The oil refining industry is incensed. The plan "jeopardizes the refining industry's support of the president and would undoubtedly raise fuel prices for consumers, neither of which would be good for the president going into next year's election," said Chet Thompson, head of the American Fuel and Petrochemical Manufacturers.
ExxonMobil to sell $4 billion assets in Norway. ExxonMobil (NYSE: XOM) has agreed to sell its Norwegian assets for $4 billion, ending a century of work in the country, according to Reuters.